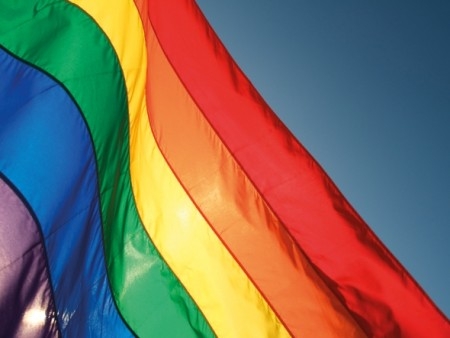 In his recent edited volume, Mindfulness and Acceptance in Multicultural Competency: A Contextual Approach to Sociocultural Diversity in Theory and Practice, Akihiko Masuda, PhD, explores the growing applicability of mindfulness- and acceptance-based therapeutic modalities like acceptance and commitment therapy (ACT), dialectical behavior therapy (DBT), and compassion-focused therapy (CFT), among others, to the development of cultural sensitivity and competency among today’s therapists.

One of the volume’s most intriguing contributions, by Matthew D. Skinta, PhD, addresses how acceptance- and compassion-based approaches can be utilized to help ameliorate feelings of shame and self-stigma among sexual minorities, and also importantly highlights the reality that lesbian, gay, bisexual people of color often face even more cultural insensitivity, misunderstanding, and complex stigma.

The minority stress theory (Meyer 1995) describes how those in stigmatized minority populations, ethnic, sexual, or otherwise, are more susceptible to chronic stress than those in the majority population due to the societal difficulties they’re more likely to face. Long-term stress caused by discrimination, external stigmatization, self-stigmatization, and prejudice can manifest in chronic health problems. In this chapter, Skinta identifies emotion dysregulation as “the most likely link between minority stress and psychological distress, which creates an important avenue for clinical intervention.” (Skinta 2014).

So how can we expand upon the minority stress theory and address the unique challenges and stressors faced by those in sexual minority populations? Skinta chooses to examine the role of shame. While it hasn’t been deeply explored in minority stress approaches, it’s an important clinical consideration, and its presence is tied to a plethora of mental health concerns, like depression (Orth, Berking, & Burkhardt, 2006; Thompson & Berenbaum, 2006), PTSD (Lee, Scragg, & Turner, 2001; Leskela, Dieperink, & Thuras, 2002; Wilson, Drozdek, & Turkovic, 2006; Wong & Cook, 1992), substance abuse (Dearing, Stuewig, & Tangney, 2005), and suicide (Hastings, Northman, & Tangney, 2000; Lester, 1998) (Masuda, 2014). Shame works both ways in that it can both precipitate and/or reinforce/result from both self-stigmatizing narratives and emotions; so addressing it can greatly help alleviate both stress and self-berating thoughts. Deeply important is the ability to pay attention during therapeutic interventions. Is the client intentionally holding back “shameful” thoughts? How does this reinforce the hiding behavior?

Paul Gilbert’s compassion-focused therapy model provides an opportunity for the client to develop self-compassion, ameliorating feelings of shame. CFT, ACT, and other third-wave mindfulness- and acceptance-based therapeutic interventions have been used to significantly reduce some of the negative effects of minority stress.

To illustrate one instance in which mindfulness- and acceptance-based therapies were used with sexual minorities, Skinta summarizes a group-therapy study that included gay, HIV positive men who self-reported feelings of HIV-related shame and stigma (Masuda 2014).

In the first session, the therapist introduced and acclimated the clients to the core tenets of ACT; they discussed the problem at hand (stigma), how stigma functioned in the clients’ day to day lives, and how and why avoidance of stigma had become problematic. They discussed external stigma, self-stigmatization, and how taking valued action might help clients increase their quality of life and become happier, and more fulfilled.

The second session related experiential avoidance to the clients’ experiences with responding to HIV stigma. How had clients tried to control others’ responses to their HIV status? How have people responded to disclosure in the past? The group participants discussed how hiding their HIV status affected them: what did it cost them to constantly avoid disclosure, and thus the possibility of facing a negative reaction? How did it impact other areas of their lives?

Session three opened with a mindfulness exercise in which group participants observed their thoughts and feelings about HIV, and was followed by a discussion of values-driven behavior: how can behavior guided by intention and true values replace behavior dictated by experiential avoidance and attempts to control negative reactions from others? The participants were then asked to discuss how attempts at avoidance and control could have caused them to give up valued behavior.

The fourth session built upon earlier foundations of acceptance and mindfulness, and taught the participants how to apply these concepts to worries about their HIV status. Skinta notes that the group leaders conveyed that these techniques aren’t an easy, instant fix for HIV-related concerns; rather, they’re skills that help participants choose the right paths for them instead of those dictated by concerns, fear, or avoidance.

Session five presented self-as-context vs. self-as-content (Eifert & Forsyth, 2005) to help clients minimize the cognitive fusion that results when one’s self-identity becomes fused with thoughts of, in this case, being diseased, shameful, contaminated, “bad,” and so on, looping back to how mindfulness, acceptance, and exploring and intentionally living by one’s values can combat this fusion.

The last sessions six, seven, and eight, discussed willingness and a return to values-based living, and the importance of cultivating self-compassion. Participants were guided through self-compassion exercises, like writing letters to themselves and doing meditations.

The weeks of group therapy significantly affected the participants’ own perceptions of stigma and shame; one participant reported that “the one thing [he’s] gotten from this group and from the thoughts and feelings…is that everything passes and don’t put so much weight on every little moment, every little feeling, and every little reaction.” By defusing from self-stigmatizing feelings about his positive HIV status, he was able to reduce his experiences of suffering (Skinta, 2014).