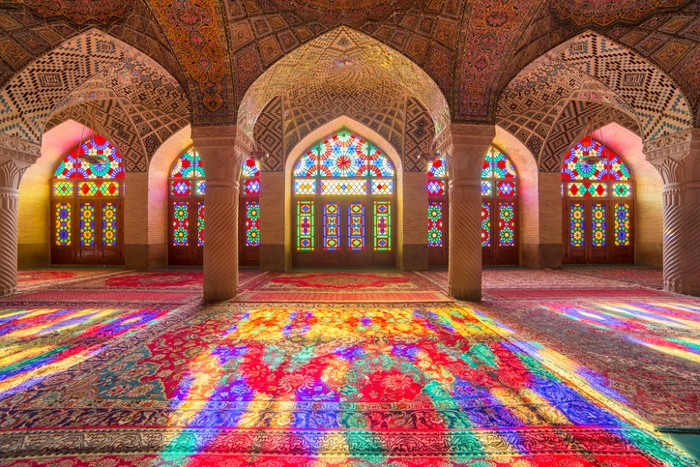 Most cognitive behavioral therapy approaches focus on aversive symptoms and problematic behaviors. This emphasis can limit the attention that’s paid to experiences that focus on growth and prosperity, such as a client’s culture and faith. Acceptance and commitment therapy, however, has a marked focus on values-based living, which aims to increase functionality by using values as a compass to do so. For many clients, one of the most important areas of values-based life is religious belief systems.

Islam and ACT share a great deal of common ground, both conceptually and practically. In the edited volume ACT for Clergy and Pastoral Counselors: using Acceptance and Commitment Therapy to Bridge Psychological and Spiritual Care, chapter author K. Fatih Yavuz, MD highlights the intersections between the six processes in ACT’s psychological flexibility model and Islam. The following has been adapted from their book.

Islam emphasizes a stance called sabr, which means patience, endurance, and self-restraint when faced with an aversive stimulus. Sabr involves faith and behaving in accordance with a meaningful life, rather than struggling with or retreating away from an aversive situation or stimulus. The Holy Qur’an suggests Muslims to dhikr, meaning remembrance of Allah, and to move toward values based on what the situation requires.

Muslims are asked to be patient and to persist in their commitments when encountering an aversive situation. Giving up a committed action related to values as a result of an aversive stimulus is frowned upon in Islam. The Holy Qur’an emphasizes the importance of taking action even in the face of the urge to avoid pain.

In the case of preoccupation with short-term pleasures, ACT proposes that people build a rich and meaningful life by using acceptance to widen repertoires linked to long-term values. Islam also addresses the problem of behavioral excess and following appetites even when they conflict with values by turning adherents’ attention to long-term consequences and suggesting actions on how to remain on this path.

Islam suggests being in the moment (dhikr) while keeping with a behavioral pattern of values-based living rather than avoidance. Adherents are always advised to focus on long-term consequences rather than immediate positive consequences. This strategy can be useful in promoting ACT’s acceptance and willingness processes, especially with Muslim clients.

The Holy Qur’an uses perspective (“self/nafs” and “us”) to separate waswasa content from humans. Besides a defusion emphasis, there is also reference to awareness of the closeness of Allah and humans, which will be a timeless reminder of life’s meaning and togetherness. Waswasa also functions as labeling these thoughts, a kind of defusion.

According to The Holy Qur’an, humans need to behave in accordance with their values, rather than with respect to their own thinking processes, which are always prone to deficits.

The standpoint of Islam encourages humans to take perspective on their thoughts and thinking behaviors and suggests that they take actions in accordance with a meaningful life, rather than suggesting new thinking styles.

According to Islam, Allah is creating every moment, and therefore if humans want to be successful in living fully and experiencing the meaning of life, they must be aware of every moment.

Being in the present moment and acting toward values, without                     attachment to the past and the future, is a fundamental principle in Islam.

This is also an example of a values/process-based approach rather than a goal-oriented approach.

The Holy Qur’an suggests being mindful through the practice of prayer, especially in difficult situations. Praise during hard times can help release an individual from cognitive entanglement and bring him or her into present moment awareness.

Another essential behavior in Islam, called tawba, means retreating or returning to the right path. Tawba is a unique way of returning to present-moment awareness and values-based actions. It takes the person out of failure-related ruminative processes, and motivates him or her to meaningful actions. It only needs genuine intention, so a person can do tawba anytime, anywhere, and especially at any time of failure. There is a famous hadith of Prophet Muhammad:

The door of tawba is open till the sun rises from the west.

Islam requires acting in the service of long-term values, not in the service of inner events and self-stories. Ultimately, according to the faith, humans are tested by Allah only by their behaviors. As mentioned before, the tawba action focuses on changing behavior—nothing has to be changed other than one’s behavior. Therefore, there is no need to remain attached to self-stories after tawba, even if those self-stories are linked to sins.

The Holy Qur’an says that humans have a multilevel sense of self (nafs). Each person has a nafs that can serve him rightly or wrongly; a self-accusing nafs; and a nafs that can choose to follow or not the first nafs. In ACT terms, the first nafs seems nearly equal to self-as-content; the second self-accusing nafs seems nearly equal to self-as- process; and the third sense of nafs equates to self-as-context.

Values may be that the most compatible dimension between Islam and ACT. Islam’s general message to humankind is in showing the temporariness of this world and human life. According to the Holy Qur’an, the most important posture of a person is continually acting in the service of his or her values.

Islam asks people to be patient, to take the long-term perspective that includes the afterlife, and to be aware of judgment day and of how behavioral patterns will be judged. This is much the same as the tombstone metaphor, which is commonly used in ACT.

ACT work focuses on taking actions that are meaningful and conducive to a values-congruent life. From this perspective, the moral and social behavioral principles that Islam asks people to follow can also be seen as committed actions.

Islam also promotes commitments toward values. Doing righteous deeds is referenced more than 100 times in the Holy Qur’an, and encompasses all areas of a human life.

There is also an emphasis on starting with the easier behaviors and focusing little by little on meaningful actions in the Islamic faith. Belief in Allah is not enough without taking action, and the best way of taking action is often small steps with permanency. This seems consistent with ACT perspectives on the best way to build patterns of committed action.

Similarities between ACT and Islam appear much greater than their differences, and because of the broad conceptual overlap, an Islamic approach has the potential to make significant contributions to ACT and contextual behavioral science. Being aware of these similarities can help religious leaders and counselors support Muslim clients in using ACT as an evidence-based psychotherapy.

For more, check out ACT for Clergy and Pastoral Counselors.