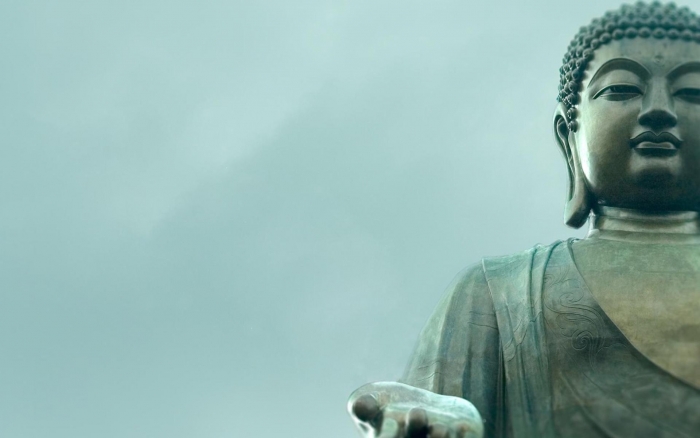 Western society increasingly sees human suffering as grossly abnormal and typically generated from outside sources; it is a state to be eliminated as soon as possible. We vigorously seek external remedies, such as medications, a variety of addictions, and transient external pleasures over and above insight and understanding as cures for our unhappiness. These solutions to suffering are short lived, but we return time and time again to such supposed sources of happiness, as if they could possibly provide us with a stable state of well-being. This month, in a special “Buddhism & Psychotherapy” series, we’ll be exploring the foundations of Buddhism through a specifically psychodynamic perspective. We hope to highlight some of the important similarities between the two that present opportunities for us to draw from each as we approach the alleviation of suffering in our clients and selves.

Over 2,400 years ago, Siddhartha Gautama Buddha, through a detailed investigation of his own mental process, devised a complex psychological understanding of the human condition, as well as a means of liberation from the ubiquity of human suffering. He did this without positing the intervention of deities and concerned himself not at all with philosophical and metaphysical investigations. His was an infinitely practical concern: understanding suffering and the end of suffering. During the last three decades, many aspects of Buddhist thought have infiltrated modern Western psychology.

Essentially, Buddhism is a psychology of mind (e.g., Olendzki, 2010; Peacock, 2008), which proposes the possibility of overcoming suffering through one’s own introspection and agency; how we view suffering determines, to some extent, how we propose to deal with it and whether or not we believe it can be surmounted. This alone makes Buddhism quite appealing to Western psychologists. The psychoanalytic and Buddhist views of suffering are similar, but not the same; while the techniques elucidated in both perspectives overlap considerably, they are not aimed at the same ends. Over the next few weeks, we’ll address the long and occasionally conflicted history of the interface between psychoanalysis and Buddhism.

The Pali word dukkha has most commonly been translated as “suffering.” This translation is somewhat misleading, however. Suffering implies a response to the major traumatic events in life and evokes the experience of intense pain and angst. While the term encompasses the more dramatic renditions of suffering, “dukkha” also points to the more subtle, ubiquitous phenomena of daily life. No single English word captures its essence entirely. The word “dukkha” derives from a compound of two Pali words that can be literally translated as “dirty space” or “bad space” (Peacock, 2008). It refers metaphorically to the axel of a wheel packed with dirt and grit, allowing it to work only with a constant grating and irritating inefficiency. Life is generally unsatisfactory (Gombridge, 2009), and our psychological distress is the result of the vicissitudes of life (Sucitto, 2010). This is due to the fact that everything is in flux, but we want our lives to be stable, consistent, and dependable. Since such stability can never be attained, everything falls short of lasting satisfaction. Dukkha is a mental or psychological phenomenon; it describes the anguish we bring upon ourselves.

The actual experience of pain is inevitable. The sources are not, in themselves, transcendable. On the other hand, the psychological and pathological distress we engender by seeking and grasping at stability in a constantly changing world of phenomena is entirely curable.

The most radical of the Buddha’s teachings is that not only can dukkha cease, but that it can be stopped through our own personal insight. The Buddha’s very first teaching dealt entirely with dukkha and his newfound insights into its causes, its cessation, and the path to its cessation. This sutta, “discourse,” contains the description of the famous Four Noble Truths, which is foundational for all schools of Buddhism and is elaborated on or reiterated in multiple places throughout the Pali Canon. Buddhist scholar John Peacock greatly prefers the term “ennobling truth” over “noble truth,” as this emphasizes the process of investigation, “you are not ennobled by ‘truths,’ you are ennobled by investigating truth” (Peacock, 2012a, 5; see also Peacock, 2008). These truths are often presented in the form of a medical metaphor. The disease is dukkha (the first ennobling truth). It has a cause: tanha, “craving” (the second ennobling truth). There is a cure: the elimination of craving (the third ennobling truth), and there is a treatment leading to the cure, the ennobling eightfold path (the fourth ennobling truth).

Next week we’ll start to look at the four ennobling truths through the lens of a contemporary psychodynamic viewpoint. If this topic interests you, don’t wait on us—Go check out the new volume Mindfulness, Acceptance, and the Psychodynamic Evolution: Bringing values into Treatment Planning and Enhancing Psychodynamic Work with Buddhist Psychology.