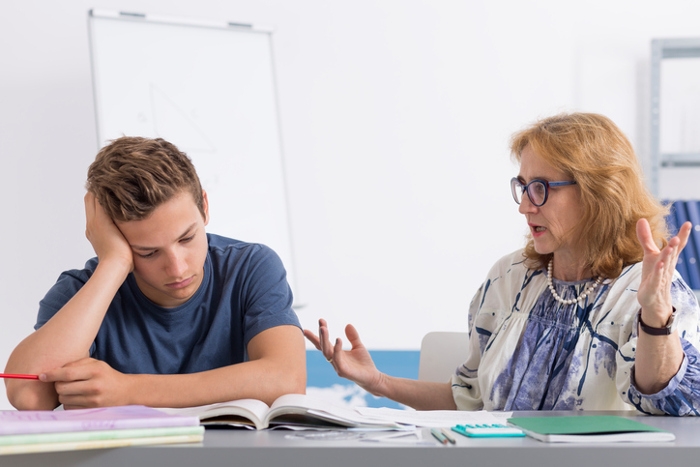 When it comes to adolescents, we know that teen-adult relationships can be a powerful influence on teen behavior. Clinical social workers Britt Rathbone and Julie Baron pulled together some of the research that proves both the importance of the therapeutic relationship in teen interventions and some of the qualities that are found in the most effective alliances. They’ve also identified some pitfalls—selective use of skills and lack of motivation, for example—and presented ways to deal with each.

What if the skill we expect an adolescent to demonstrate is in her repertoire, but she demonstrates the skill only on occasion, and not consistently, whenever it is called for? An adolescent may occasionally or intermittently exhibit skills we want to see—such as acting respectfully, expressing anger effectively, or showing deference to authority—but that doesn’t necessarily mean she has mastered them. In fact, there are many things that can get in the way of consistent performance—such as anxiety, anger, frustration, medical conditions, or experiences that reinforce undesirable behaviors. We also must consider any disorder with symptoms—like inattention, distractibility, hyperactivity, impulsivity, difficulty regulating emotional experiences, difficulty understanding cause and effect, or difficulty establishing emotional bonds or connections with others—that may impact a teen’s ability to interact effectively. These disorders include attention-deficit/hyperactivity disorder (ADHD), mood disorders, attachment disorders (characterized by difficulty forming an emotional bond with others), developmental disorders (which can affect or delay many different skill sets), and disorders on the autism spectrum (characterized by a lack of ability to recognize social cues and consider the perspective of others). In these cases, it may be necessary, or at least helpful, to use appropriate assessment tools to help measure the teen’s skills or deficits. These tools may be informal (interviews or observation) or formal (questionnaires or testing).

Once you’ve identified where the difficulty lies, it will be easier to figure out how to teach the skill, rehearse it with the adolescent, and reinforce its consistent use. Again, try to collaborate with the teen you’re working with. One way to do this is to ask the teen directly whether she feels she has the skills you want to see. Consider consulting with caregivers and other providers working with that young person as well.

What about those times when an adolescent behaves in a way that we don’t understand; when we cannot understand the function of the behavior, or when the skill is clearly there, but the teen isn’t using it. In these situations, there may be another variable at work—lack of motivation.

What is important to us may not motivate adolescents. During their research for the book What Works with Teens: A Professional’s Guide to Engaging Authentically with Adolescents to Achieve Lasting Change, Britt Rathbone, MSSW, LCSW-C, and Julie Baron, MSW, LCSW-C found that lack of motivation was by far the number-one challenge reported by professionals working with teens.

It can be challenging to determine motivation level and unlink it from lack of skill or lack of reinforcement. A fun way to assess for lack of motivation is to ask a question like the following:

If he says yes, then you will know that motivation is playing a part.

Once lack of motivation is identified as the driving force behind the issue, helping adults are in a unique position to use the relationship in such a way as to increase motivation. Using appropriate reinforcements (smiles, high fives, and so on) for behaviors we want to see increase can gradually have an impact on what an adolescent does in our presence. Some adults have established token economies, where they reward the young person for hitting targets with certificates, gift cards, pizza parties, or other celebrations and recognitions. Rathbone and Baron found that adolescents love it when adults recognize their efforts and successes, an observation that is consistent with the principles of behavioral psychology. It can require effort on our parts, however, not to reflexively punish, which is not a very effective behavior-change technique, but instead to simply reward desired behaviors, or glimmers of them.

Having respect for the normalcy of low or wavering motivation in adolescents, and remembering that motivation can be nudged along deliberately and strategically, helps us avoid an escalating battle of wills with teens, who will likely win any battle in the willfulness arena at their own peril. Showing respect for teens’ autonomy allows us to sidestep power struggles and begets respectful responses from them in the future.

For more about building effective relationships with teens, check out What Works with Teens.