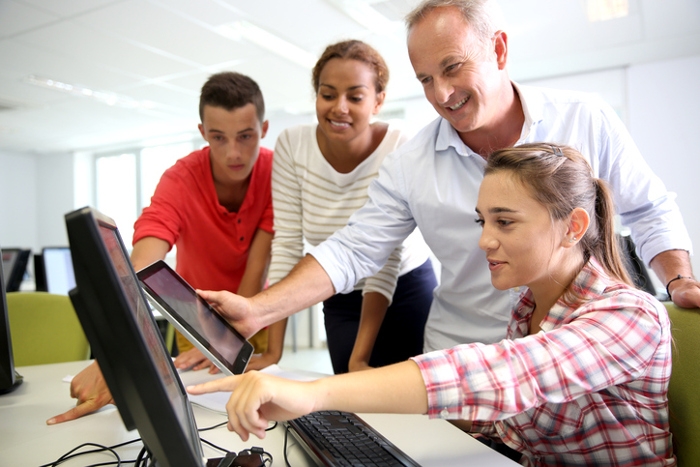 Behavior change that is consistent with personal values is the purpose of psychotherapy. As teens begin to identify what’s important to them and take steps to behave in ways that move toward those things, they will experience internal events that may be intense or challenging. These are things they’ve spent energy avoiding in the past, which have in turn steered them further away from their values.

Depending on the intensity of what a teen encounters internally as he moves towards his values, he may have trouble setting goals. He may find himself spiraling into patterns of experiential avoidance in order to steer clear of thoughts and feelings he’d rather not engage with. But in the interest of behavior change, it is our job as helping adults to help him learn to move consistently in a direction that matters.

Psychologist Chad LeJeune developed a five-step model designed to help clients interrupt what he calls the “control instinct.” His model, which is known by the acronym LLAMP, is meant to help shift clients toward a more accepting approach to thoughts and feelings, and turn their attention increasingly toward the present moment. The five steps of his model include:

In their book, ACT for Adolescents: Treating Teens and Adolescents in Individual and Group Therapy, Sherri Turrell, PhD, and Mary Bell, MSW adapted LeJeune’s model for their work with teens. Their simple, stepwise approach helps teens think about and then organize their goals, engaging in behavior change that is consistent with the direction they want to move toward.

Even when teens have a solid sense of what matters to them, it can still be challenging to move past the obstacles that stand between them and that chosen direction. When teaching LLAMA, it may be helpful to remind teens that as they move through the five steps, there will be times when they may need to go back to the beginning and start again. Their process will not likely be linear, and that’s okay.

Labeling refers to naming inner events including thoughts, feelings, physical sensations, and urges in a descriptive way. Ask teens to notice how the simple process of labeling actually changes the internal experience itself, and alters the way they relate to what they’re feeling.

This is simple, but has the potential to be extremely powerful because it creates a sense of distance from thoughts, and supports a sense of observing, rather than identifying with what arises inside.

At the core, letting go is about willingness. It’s about being willing to release the struggle to control thoughts, feelings, physical sensations, and urges that emerge inside of us. It is like hitting a pause button when we notice that we’re getting stuck to our thoughts and feelings.

Once teens have labelled what is happening inside, they are able to agree to let go of the agenda to control or get rid of it. Letting go of the struggle to control what’s inside involves developing a sense of willingness to allow difficult thoughts and feelings, whenever they emerge.

Allowing what’s inside to be present is what happens after we’ve labeled it, and let go of the agenda to control it. One way to describe this step to teens is that it is “finding space inside for whatever comes up, letting it settle.”

Allowing what is inside to simply be there is supported by the sense of willingness that was developed in the previous step. Oftentimes when teens turn their attention toward thoughts that are keeping them stuck or barring them from what’s important, they discover that surprisingly, the thoughts do not get worse. In fact, by turning attention to the troublesome thoughts, teens make room for them, which makes way for a sense of stillness and space.

Remind teens what mindfulness means. Having this conversation is clinically useful and can serve to remind both our clients and our selves that when we bring our focus back to the present moment, we’re able to make choices based on what is actually going on, rather than based on an extra layer of thoughts and emotions that are often linked to unhelpful rules and judgments.

Feelings can often be triggered by the past or an anticipated future, and therefore may not be based in reality. Therefore, when it comes to the way clients behave, we want to minimize the likelihood that these kinds of feelings are calling the shots. Mindfulness will allow teens the space to see that feelings triggered by the past or future ultimately settle, and makes space to accept the cue that it is time to move forward in the present moment.

Approaching what matters is what ACT is all about. Once a teen has labeled her thoughts and feelings, let go of the struggle to control them, allowed space for them to exist, and brought herself back to the present moment and what is actually happening, she is in a better position to approach what matters and to take a step in the direction of her values.

During this phase, you have the opportunity to begin talking with teens about their long-term goals and what matters most to them, which will help focus the remainder of the session or future work.

Through the five steps of the LLAMA model, teens will realize that avoiding uncomfortable feelings work only in the short term and cause more anxiety in the end. Making the choice to take steps in the direction of what matters each day may at times be uncomfortable, but it elicits growth and forward movement toward desired behavior change. And that, after all, is the goal of therapy.