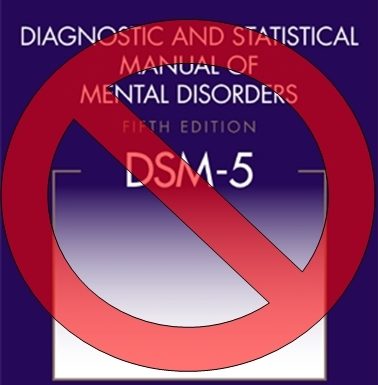 A Letter from Matthew McKay, PhD

The fifth edition of the Diagnostic and Statistical Manual of Mental Disorders (DSM) is here, and it’s dead on arrival. Last week the National Institute of Mental Health (NIMH) announced it will no longer fund research based on DSM symptom clusters—for the simple reason that the DSM is irrelevant to determining the cause and treatment of psychological problems. Here’s why:

A huge disconnect exists between DSM categories and treatment. Some diagnoses have no viable treatments, some have the same treatment (for example, David Barlow’s unified treatment for emotional disorders), and some have multiple evidence-based treatments. If DSM diagnosis doesn’t inform treatment, what good is it? The answer is one, to facilitate the exchange of money between payers and providers, and two, to create silos for focused research. With the NIMH announcement, scratch number two.

The DSM is a topographical symptom map that doesn’t point to the actual causes—underlying mechanisms—that drive and maintain disorders. These mechanisms, sometimes called transdiagnostic factors and/or vulnerabilities, are how we now formulate and explain psychological pain. Transdiagnostic factors like experiential avoidance, rumination, and cognitive misappraisal, along with vulnerabilities like intolerance of uncertainty, hyperarousal, and negative schemas create psychological disorders. Our treatments must be aimed at these causative mechanisms rather than outdated symptom clusters.

DSM categories are not discrete. In other words, the same symptom can show up in many different diagnoses. Sadness/dysphoria is listed as a criterion symptom in more than a dozen disorders. If the DSM categories were useful and distinct, this smearing of symptoms across diagnoses wouldn’t happen. It forces clinicians, who observe anger symptoms for example, to rule out attention deficit hyperactivity disorder, bipolar disorder, borderline personality disorder, narcissistic personality disorder, post-traumatic stress disorder, substance use disorder, grief, intermittent explosive disorder, and six other DSM categories. And if one successfully wades through all these choices, there is stillno understanding of why the disorder exists or what to do about it.

The DSM fails to account for comorbidity. If you have obsessive-compulsive disorder, you’re likely to struggle with other anxiety disorders as well. And depression co-occurs with anxiety 60 percent of the time. All this is unexplained by the DSM. The only way to account for high rates of comorbidity is that many disorders are driven by the same underlying (transdiagnostic) mechanisms. Rumination, for example, is a major driver for both depression and anxiety—that’s why they are so often seen together. Though rumination may focus on different things (e.g., personal failures in depression vs. future catastrophes in anxiety) it is a required target of treatment across both diagnoses.

In light of its failures, one might reasonably ask: why a new DSM? In truth, this fifth edition is just moving a few deck chairs on a sinking ship. Dumping the multiaxial system and Asperger’s disorder while adding binge eating, hoarding, and excoriation disorder (skin picking) has brought us no closer to a classification system that explains what’s wrong and guides evidence-based treatment decisions. Soon we’ll need to finish what the NIMH started—lower the lid, hammer it down, and bury the Diagnostic and Statistical Manual of Mental Disorders.