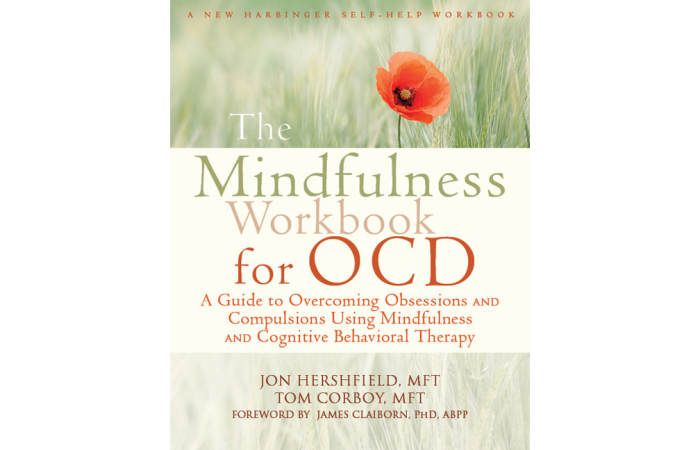 Last week, we discussed hyperawareness OCD, the subtype of obsessive compulsive disorder categorized by somatic obsessions and the constant, unwanted awareness of normal involuntary bodily perceptions. Today, we delve into another subtype of this disorder: harm OCD.

One of the least commonly discussed among the general public, this OCD subset focuses on intrusive obsessions about harming oneself or others. As with all types of OCD, it is not the thought itself that causes compulsions or profound distress, but one’s reaction to that thought. While the average person has an occasional thought or fantasy of acting in a violent, dangerous, and inappropriate manner, he or she is able to turn it off and tune it out, recognizing that the thought is errant and meaningless, and doesn’t necessarily imply future action. Unfortunately, in the cognitively distorted lens through which the OCD brain perceives and reacts to the world, harm obsessions are unfortunately treated much differently. In this way, harm thoughts become evidence: that one is capable of acting out these thoughts and causing significant harm; that one does intend to carry out them out; and that thinking these thoughts makes one a terrible or sick person because the thoughts even popped up in the first place.

Obviously, having a thought about punching your boss or stabbing your sister, while unpleasant, can be perfectly normal: fantasy has an important role to play in human emotion, providing catharsis or a creative outlet to better manage difficult emotions like anger, shame, or despair. However, the obsessive-compulsive brain doesn’t see it that way. According to Jon Hershfield and Tom Corboy, authors of The Mindfulness Workbook for OCD, harm thoughts are part of the human experience; it’s just a fact. “Harm OCD sets in not because of [their presence], but because OCD demands that you be certain of why they are there. It doesn’t feel as if it’s enough to say, they are there because I have a brain and am capable of thinking anything. The OCD demands the impossible: a guarantee instead of an assumption” (Hershfield and Corboy, 119).

Some of the most common harm obsessions include: the fear of “snapping,” losing control and committing an act of violence; of hurting another person; of acting out on a thought, say of pushing someone into traffic or jumping off a bridge; of causing an accident or tragedy; and the fear of doing any of the above while in a state of altered consciousness. To cope with these thoughts, the OCD sufferer may constantly seek reassurance that he or she is a “good” person, pray or repeat mantras, compulsively behave in response to a thought (to prove to oneself that it can be done without a negative outcome), or become obsessively vigilant about making sure he or she didn’t, in fact, commit vehicular manslaughter without noticing it.

One of the most effective ways of combating these obsessions is not to fight them at all, but to accept their presence. A thought is not a prediction, instruction, or call to action. A thought is a chemical and electrical event in your brain, neurons firing this way instead of that way. You have weird, unpleasant, or violent thoughts simply as a result of having a brain, which means you can think about anything.

By applying mindfulness and acceptance tactics to one’s harm thoughts, the OCD sufferer can begin to recognize the lack of inherent significance in his or her thoughts. Though it can be an extremely difficult and exhausting process, beginning to view thoughts and accept their presence “as is” is the way to healing. As Corboy and Hershfield explain, it’s helpful to imagine the thoughts traveling through your awareness, your breath, without judgment. “Okay, so there’s that image of violence. It is present in my head. Will I commit a horrible act? I need to make sure that’s not true, that it’s not me. Okay, that’s thinking. I can do thinking later. Right now, I am going to let myself attend to the in and out of my breath. If that thought wants to come along for the ride, it’s most welcome. I don’t need to do anything about it right now.” When you break it all down, harm OCD is like any other subtype: you need to accept that “crazy” thoughts do not make a crazy person, and acknowledge that you may not ever know what a thought means—nor will you ever have enough evidence to presume it means something important.

Our site uses cookies and other technologies so that we can remember you and understand how you use our site. For more information, visit our privacy policy.

When you visit any web site, it may store or retrieve information on your browser, mostly in the form of cookies. This information might be about you, your preferences or your device and is mostly used to make the site work as you expect it to. The information does not usually directly identify you, but it can give you a more personalized web experience. Because we respect your right to privacy, you can choose not to allow some types of cookies. Click on the different category headings to find out more and change our default settings. However, blocking some types of cookies may impact your experience of the site and the services we are able to offer.

These cookies allow us to count visits and traffic sources so we can measure and improve the performance of our site. They help us to know which pages are the most and least popular and see how visitors move around the site.

If you do not allow these cookies we will not know when you have visited our site, and will not be able to monitor its performance.

Please enable Strictly Necessary Cookies first so that we can save your preferences!

These cookies enable the website to provide enhanced functionality and personalization. They may be set by us or by third party providers whose services we have added to our pages.

If you do not allow these cookies then some or all of these services may not function properly.

Please enable Strictly Necessary Cookies first so that we can save your preferences!