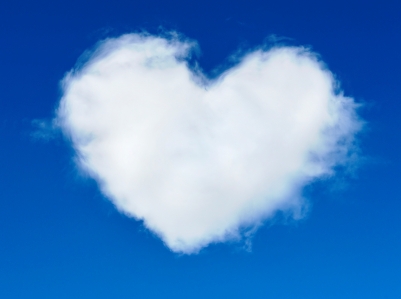 Last week we launched the first post of our series examining the definition of love from a unique ACT perspective drawn from the authors of ACT & RFT in Relationships. Today, we’re summarizing the two types of romantic love as defined in the 1970s by Elaine Hatfield and William Walster. We’ll also explore Ellen Berscheid’s more recent definition of attachment love; and Robert Sternberg’s triangular theory of love.

Hatfield and Walster (1978) described two types of romantic love: passionate love, an intense emotional state characterized by longing, idealization, sexual attraction, and the desire to unite completely with another person; and companionate love, which reflects a similar kind of tenderness and affection, but is less sexualized. For many people, early in a relationship, the feeling of passionate love is high, but it declines over time (Acker & Davis, 1992). Conversely, companionate love gradually increases as partners spend more time together. While this general pattern is not true for all couples (Acevedo & Aron, 2009; Hatfield, Traupmann, & Sprecher, 1984; O’Leary, Acevedo, Aron, Huddy, & Mashek, 2012), the distinction between these two kinds of love has persisted in the literature.

Berscheid (2006) provided an analysis of love in a broader sense that is nonetheless relevant to an analysis of romantic love. Berscheid refers to attachment love and compassionate love. Attachment love is related to the bond that develops between infants and caregivers (typically parents) and is thus not characteristic of romantic love. In feeling, it is more associated with maternal or paternal love. In contrast, compassionate love, with its concern for another’s suffering and well-being, might emerge in romantic relationships. It is considered a selfless kind of emotion that leads one to take another’s needs, wants, and pains to heart. It involves clearly seeing and valuing another with openness and receptivity (Underwood, 2008).

Sternberg’s triangular theory of love (1986) provides another psychological perspective, incorporating emotions as well as cognitions. In this model, love is considered to involve three components: (1) intimacy, (2) passion, and (3) decision/commitment. Intimacy refers to the feelings of closeness and affection experienced in a relationship. Passion involves intense sexual attraction. Decision/commitment pertains to short-term and long term decisions to stay with a particular partner. Sternberg suggests that different kinds of love emerge based on the interaction of these three factors. For example, infatuation comes of passion with little or no intimacy or commitment, and “empty love” emerges when there is commitment without any intimacy or passion. Tests of Sternberg’s theory have involved the development of an appropriate survey instrument (e.g., Sternberg, 1997; Cassepp-Borges & Pasquali, 2012) and investigations of how well it describes long-term relationships (e.g., Acker & Davis, 1992).

Next week we’ll go into the neurological and physiological definitions of love, as well as have a look at various styles of love behaviors.

Acker, M., & Davis, M. (1992). Intimacy, passion and commitment in adult romantic relationships: A test of the triangular theory of love. Journal of Social and Personal Relationships, 9(1), 21–50.

Hatfield, E., & Walster, G. W. (1978). A new look at love: A revealing report on the most elusive of all emotions. Lanham, MD: University Press of America.