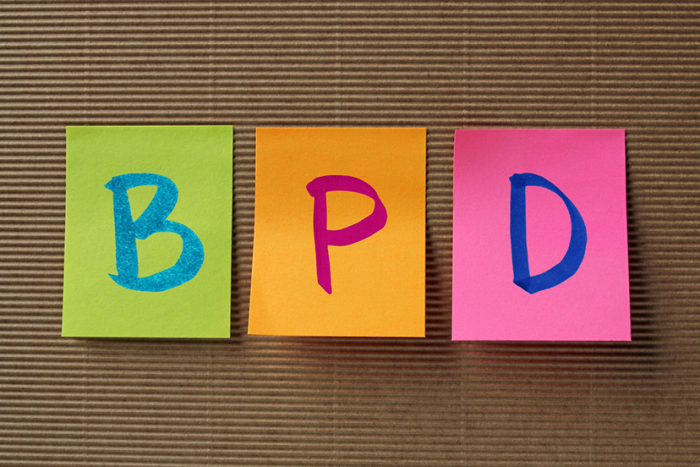 A few weeks ago, we went over some of the basics of the brain that provide a foundation for using mindfulness to treat borderline personality disorder, as outlined in Drs. Blaise Aguirre and Gillian Galen’s new book Mindfulness for Borderline Personality Disorder: Relieve Your Suffering Using the Core Skill of Dialectical Behavior Therapy. With an understanding of how the brain, genes, and neurotransmitters are at play in the context of borderline personality disorder, we can further examine the biology of mindfulness and tie it to the very biology of BPD. Mindfulness—or any modality employed to treat BPD for that matter—must affect the amygdala, prefrontal cortex (PFC), and neurotransmitters that research has shown affects the symptoms and behaviors of BPD sufferers.

According to a national survey (Barnes, Bloom, and Nahin 2008), mindfulness practice increased from 7.6 percent in 2002 to 9.4 percent in 2007, making it one of the most commonly used “alternative therapies.” This means that nearly thirty million Americans are meditating and recognizing the benefit of the practice. Because of its effectiveness with functional and structural brain changes that lead to positive emotions, reduction in pain, and improved overall health, mindfulness is a particularly good fit for people with BPD.

Mindfulness practice that focuses on paying attention activates the PFC, the part of the brain that doesn’t seem to work all that well in BPD (Fredczynski-Lewis et al. 2007; Newberg et al. 2001; Newberg & Iversen 2003); and it turns out that different types of mindfulness actually activate the PFC in different ways, just as different types of physical exercises change your body in different ways. As exercise is healthy for the body, mindfulness helps to keep your brain focused, attentive, and aware. All mindfulness practices will strengthen the attentional circuits in your PFC and reduce the reactivity of your amygdala, meaning that you can choose which mindfulness practice works for you and your lifestyle, whether it be mindfulness meditation, transcendental meditation, or zazen.

Although mindfulness is a component of various psychotherapies like DBT, Mindfulness-Based Stress Reduction (MBSR), and mindfulness-based cognitive therapy (MBCT), there is very little research on its use as a stand-alone skill to treat BPD. In fact only one study has looked at mindfulness in BPD (Sauer & Baer 2011). In the study, forty participants with BPD were instructed to write for ten minutes about a situation that had made them very angry. The researchers looked at the short-term effects of mindful, self-focused attention on the ability for people with BPD to tolerate the distress of ruminative thoughts. Each participant was randomly assigned to engage in the ruminative thoughts or mindful self-focus for several minutes, and then they were given a distress-tolerance task. The mindfulness group persisted significantly longer than the rumination group on the distress-tolerance task, and reported significantly lower levels of anger after the self-focus period.

Even though there is only one study on the dedicated use of mindfulness in BPD, there are many more on the use of mindfulness for symptoms commonly experienced by people with BPD. People who struggle with BPD have higher levels of physical illness and experience more pain syndromes than the general population. As a consequence they take more pain medication than average (Frankenburg & Zanarini 2004). Mindfulness has been shown (Seidan et al. 2011) to:

Research shows that if you have difficulty paying attention, high levels of stress, and a compromised immune system, mindfulness helps those too (Tang et al. 2007). Studies have reported that mindful meditation leads to a reduction in cortisol levels (Carlson et al. 2004; Sudsuang, Chentanez, and Veluvan 1991).

Many people with BPD have comorbid conditions, which often include mood disorders, anxiety disorders, or substance-use disorders. Studies show that mindfulness helps for many of these; for instance, mindfulness-based therapies help in the treatment of anxiety (Kabat-Zinn et al. 1992; Miller, Fletcher, &  Kabat-Zinn 1995), obsessive-compulsive disorder (Schwartz & Begley 2002), and depression (Teasdale et al. 2000; Ma & Teasdale 2004).

See also: What is "wise mind" and how can it help with BPD?

Serotonin, the chemical of happiness, is now often increased through prescription medications for depression. There is no evidence that these medications work for BPD, even though serotonin appears to be low in people with BPD. Low levels of serotonin are highly associated with suicide (Li & He 2007). If medications aren’t helping, then it’s critical to find other ways to increase serotonin in the brain, and researchers are doing just that. To date there are no studies proving that mindfulness practice increases serotonin, but if you start to pay attention to stories you tell yourself, serotonin begins to increase. In one study, participants were asked to recall sad, happy, and neutral stories from their pasts, with the goal of inducing sadness, happiness, and neutral emotions. Their brains were then scanned for serotonin activity and showed that serotonin went up when they told stories that induced happiness and went down during stories that induced sadness. (Perreau-Linck et al. 2007).

Newberg, A. B., and J. Iversen. 2003. “The Neural Basis of the Complex Mental Task of Meditation: Neurotransmitter and Neurochemical Considerations.” Medical Hypotheses 61 (2):282–91.Sauer & Baer 2011

Carmody, J., and R. A. Baer. 2008. “Relationships between Mindfulness Practice and Levels of Mindfulness, Medical and Psychological Symptoms, and Well-Being in a Mindfulness-Based Stress Reduction Program.” Journal of Behavioral Medicine 31 (1):23–33.