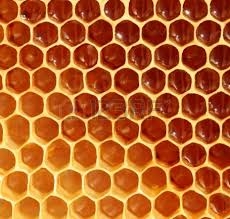 When it comes to treatment for psychosis, CBT and acceptance- and mindfulness-based approaches have, at times, been assumed to be incongruent with respect to the goals of “control” and “change.” However, in their integration these approaches can complement one another by emphasizing the understanding, exploration, observation, and acceptance of thoughts and feelings rather than the “stopping” and “controlling” of unwanted thoughts and feelings. In addition, although the ultimate goals of psychotherapeutic interventions for psychosis are many (including recovery, a reduction in distress, value-consistent living, working toward personal goals, and creating a more meaningful life), change occurs as a result of work toward these goals rather than as a goal in and of itself.

While CBT has been practiced clinically for over forty years, it is only recently that structured cognitive and behavioral interventions for psychosis have emerged. CBT for psychosis (CBTp) typically emphasizes fostering a strong, supportive, collaborative therapeutic alliance; providing psycho-education and normalization; developing a cognitive behavioral conceptualization; developing skills or strategies to address stress, barriers, and distress related to experiences such as hallucinated voices or unusual beliefs; utilizing cognitive and behavioral techniques such as cognitive reappraisal and behavioral experiments to diminish the distress associated with positive symptoms; focusing on relapse prevention and recovery; and addressing secondary or comorbid problems such as substance use, anxiety, and depression (Kingdon & Turkington, 1994; Rector & Beck, 2002).

But according to the authors of Treating Psychosis: A Clinician’s Guide to Integrating Acceptance and Commitment Therapy, Compassion-Focused Therapy, and Mindfulness Approaches within the Cognitive Behavioral Therapy Tradition, there are other modalities which can contribute significantly to the treatment of psychosis and should be integrated.

Before discussing acceptance and commitment therapy (ACT), it may be helpful to briefly consider the broader context in which ACT has evolved. Studies examining the mechanism of exposure-based therapies have strongly suggested that the function of thoughts is far more important than their actual content (Barlow, 2002; Wells, 1994). Indeed, the successful integration of mindfulness techniques into clinical treatments such as Linehan’s (1993) dialectical behavior therapy (DBT) and Segal, Williams, and Teasdale’s (2002) mindfulness-based cognitive therapy (MBCT) suggest that the constructs of acceptance, awareness, and cognitive flexibility may have considerable utility in clinical practice. This “third wave” of behavioral and cognitive therapies is particularly sensitive to the context and functions of psychological phenomena, and thus tends to emphasize contextual and experiential change strategies. For these reasons, third-wave therapies may be particularly applicable to the treatment of psychosis.

Central among these third-wave therapies is ACT (Hayes, Strosahl, & Wilson, 1999). From the perspective of ACT, mental health problems are thought to arise when the process of thinking is viewed as seamless with the products of thinking. Through the process of cognitive fusion, thoughts become functionally equivalent with actual events (Ciarrochi, Robb, & Godsell, 2005). For example, in an individual experiencing psychosis, the thought “I am being watched by the police” is evaluated not as simply a thought but rather as functionally equal to actual experiences reflecting the objective reality of being watched by law enforcement officials. Cognitive fusion is harmful in that it fosters avoidance of triggering aversive thoughts (Hayes, Wilson, Gifford, Follette, & Strosahl, 1996). Given that cognitive fusion facilitates both cognitive inflexibility and experiential avoidance that disrupts or impedes moving toward valued goals, ACT seeks to develop patients’ psychological flexibility.

Within ACT, values are the principle drivers behind action, acceptance, and defusion. Values are defined by Hayes, Luoma, Bond, Masuda, and Lillis (2006) as “chosen qualities of purposive action that can never be obtained as an object but can be instantiated moment by moment.” Values are not goals in that they are not things to be attained; rather, they are directions that can be lived out (Eifert & Forsyth, 2005). Defining committed action serves to mitigate the suffering that can be a consequence of cognitive fusion and experiential avoidance. Hayes, Strosahl, and Wilson (2012) describe ACT as involving the processes of accepting, choosing, and acting, or engaging in committed action.

The evidence for ACT being effective in the treatment of psychosis, though limited at this point in time, is generally quite favorable. There is growing evidence that, among individuals affected by psychosis, ACT is effective in reducing the believability of psychotic experiences, reducing depressive symptoms, enhancing mindfulness, and lowering rates of rehospitalization and utilization of health services (Bach & Hayes, 2002; Bach, Hayes, & Gallop, 2012; Gaudiano & Herbert, 2006; Gaudiano, Herbert, & Hayes, 2010; White et al., 2011)

Next week we will continue our exploration of some additional modalities (beyond CBT and ACT) that Wright, Turkington, and their colleagues have drawn from in the development of their integrative protocol for treating psychosis. We’ll discuss positive psychology, compassion-focused therapy, mindfulness, and behavioral activation. Stay tuned!

Rector, N., & Beck, A. (2002). Cognitive therapy for schizophrenia: From conceptualization to intervention. The Canadian Journal of Psychiatry, 47, 41–50.