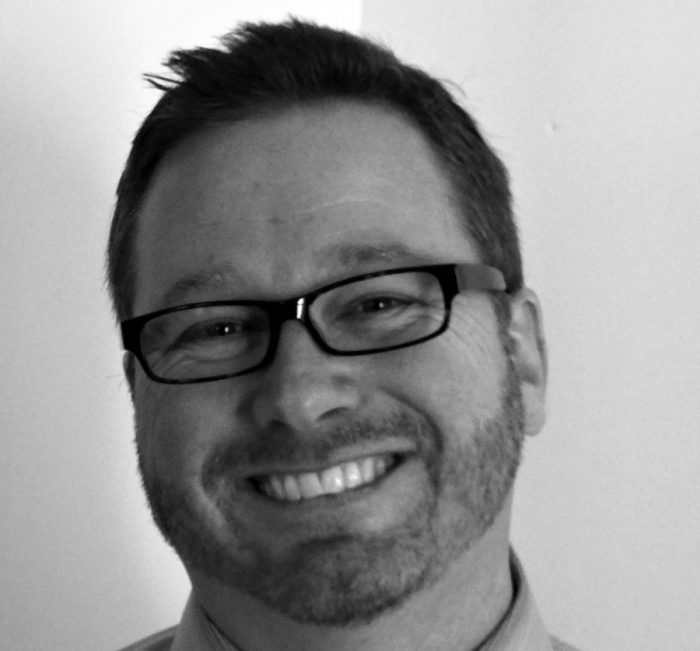 Editor’s Note: This is a guest post by Matthew S. Boone, LCSW, editor of Mindfulness and Acceptance in Social Work.

The path I took to editing Mindfulness and Acceptance in Social Work began with an epiphany I had when I was 24. It was a modest epiphany—a brief moment when I stumbled onto something simple and striking. But it has shaped my personal and professional lives in the years since.

When I was 22, I developed a puzzling pain condition in both of my arms. I was a musician—a guitarist—and was devoted enough to music that I took two years off from college to pursue a career in Los Angeles. By 22 I had returned to school but was still playing as much as possible: performing solo singer-songwriter gigs around town, leading a youth choir, playing an occasional studio session, taking a jazz class, and writing and recording in my home studio. One April day, the morning after hauling my own sound system to a gig and playing for three hours straight, I woke up with pain in my right wrist. This sort of thing happened from time to time when I over did it. But this time it was different. No matter what I did, the pain would not go away. By the end of that summer, both of my arms hurt whenever I did almost anything. Not only was I unable to play guitar for any length of time, I could not handwrite or type. I was an English major in college, and taking notes and writing papers were my bread and butter. The two things I spent most my time doing, playing and writing, were incredibly painful.

Over the next two years, I went from doctor to doctor, treatment to treatment, accumulating diagnoses along the way: tendinitis, radial tunnel syndrome, myofascial pain syndrome, early reflex sympathetic dystrophy, thoracic outlet syndrome. No diagnosis stuck, and no treatment made much difference. To help me get through my classes, the student disability services at school paid for notetakers. At the time, dictation software was in its infancy, so I wrote my papers looking over the shoulders of the many generous friends who volunteered to type for me. Anyone who writes can probably imagine how excruciating it was to go from rough draft to finished product with an audience every step of the way. In addition to being in daily pain, I was constantly anxious about the lack of control I had over my life. I worried about not knowing what was wrong with me and about how on earth I was going to get through life without the use of my hands. My life narrowed considerably as I spent most of my time trying to stay pain-free.

In the midst of all of this, the two things that actually helped were mindfulness and acceptance. My therapist taught me to meditate and encouraged me to read Thich Nhat Hanh, the Vietnamese Zen master and author. Meditation offered me a new relationship to my experience, one in which I was more aware and more patient. Through therapy and meditation, as well as yoga, I learned to come out of my mind and into the present (to be mindful) and to let go of struggling with my circumstances and feelings (to be accepting). When I say I “learned” to do these things, I mean that I discovered them over and over again, little by little. There was no final endpoint; mindfulness and acceptance are orientations toward life we can return to in any given moment. We never “perfect” them. The pain did not go away, but over time I became a little steadier in the face of it. And so I was primed for this small epiphany when it occurred.

I was driving down Highway 880 in Northern California on the way to have lunch with friends. I was in a lot of pain, having played guitar earlier in the day in an effort to finish a song I was writing. I usually avoided playing for any more than a few minutes, but that day I had pushed myself, which I occasionally did when I got frustrated with being careful all the time. As a result, just holding the steering wheel hurt. As was my habit in these moments, I was angry and anxious, ruminating about how stupid I was for doing anything that would incur pain.

For some reason, in the midst of all this thinking my mind drifted to something my yoga teacher had observed a few weeks earlier. I had expressed reluctance to go deeper into a pose, and she had remarked, “You are really afraid of pain, aren’t you?” At the time I had thought, “Of course I am!”, as if fear were the only reasonable response to pain. But in that moment in the car, instead of staying wrapped up in my fear, I simply noticed my pain as I had learned to notice my breathing during meditation. I did my best to experience it as it really was. From this perspective, it was really just a feeling, no more intense than a muscle pull or a bad sunburn. I also noticed something else: the fear and the pain were different from one another. The fear was one thing; the pain was another. Everything that followed the fear—the self-criticism, the worry about the future, the desperate need to escape—were just things I added to the pain. I thought to myself, “It’s just pain, it’s just a sensation.” Right then I felt a small sense of peace and a spark of joy. I may have even laughed—my memory is a bit fuzzy.

It is not like everything changed overnight. But this moment set the stage for the next phase of my life. Seeing my pain in this new way allowed me to look up and see the life I was missing. I eventually decided I no longer wanted to be a professional patient, and I stopped seeing doctors all the time. I asked my neurologist if I was in any danger of making my arms worse by occasionally choosing to do things that caused me pain. He said, “Probably not,” and I let that be good enough for me. I decided to put my energy into living my life instead of desperately trying to protect myself from discomfort. Despite how difficult finishing my undergraduate degree had been, I eventually went to graduate school and pursued a career in social work. I discovered a new love, one just as strong as my love of music: helping people through psychotherapy.

I am not just any kind of psychotherapist, however—I am a social worker. “Psychotherapist” is just one role social workers inhabit. Social workers are also caseworkers, school counselors, resource brokers, educators, agency managers, advocates, social activists, community organizers, researchers, and political leaders, and they work in just about any setting where people seek help. What ties these disparate roles together is a commitment to viewing human problems as nested within a greater context. Problems like pain or poverty do not just exist inside a person, and neither do their solutions. Both problems and solutions emerge in the dynamic interaction between a person and his or her environment. This is why the profession of social work has always focused, to greater and lesser degrees, on social change. And this is why it is important for me to consider broader contexts when working with individuals and groups, even when we are just talking about thoughts and feelings. For example, though I may never really know the answer, I always question, either out loud or silently to myself, how dynamics that are bigger than us, like race, class, culture, and gender, are influencing our relationship. And I do my best to undermine the inevitable power asymmetry that emerges between the helper and the person being helped, so that dynamics which oppress others outside of my office do not find their way into my office. And therefore, more than anything, I try to be a real human being in the face of real human suffering.

Almost 20 years to the day after I woke up with pain in my right wrist, I still have the same problem: my arms hurt whenever I do most things. Though there is still no explanation, I have found medications which make it less intense, and mindfulness continues to help me experience it for what it is: merely another sensation in my body. Despite daily pain, I think I can say I lead a fulfilling life. And the pain has been an integral part of shaping that fulfillment. If someone were to offer to take it away tomorrow, I would not hesitate. But I would not change the last 20 years for anything.

Matthew Boone, LCSW, teaches acceptance and commitment therapy (ACT) at the School of Social Work at the University of Arkansas at Little Rock and practices ACT, dialectical behavior therapy (DBT), and other cognitive behavioral therapies at the Central Arkansas Veterans Healthcare System. He is an Association of Contextual Behavioral Science (ACBS) peer-reviewed trainer in ACT, a founder of the ACBS Social Work ACT Special Interest Group, and a recipient of the Boston University School of Social Work Alumni Association award for outstanding contributions to the field of social work.