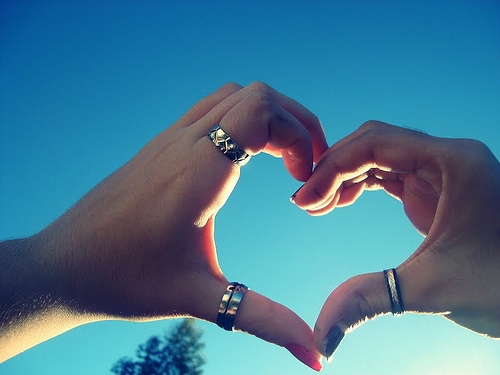 As we have discussed in previous posts, psychologists have offered many different perspectives on love. Most of these, however, revolve around love as a feeling, sometimes conflating it with cognitions and behaviors as well. As the authors of ACT and RFT in Relationships point out, even the “father of behaviorism,” John Watson, succumbed to this romantic view of love when writing to his mistress: “Every cell I have is yours, individually and collectively. My total reactions are positive and towards you. So likewise each and every heart reaction. I can’t be any more yours than I am even if a surgical operation made us one” (Buckley, 1994). As this quote and the psychological approaches we have been considering suggest, the notion of love as a feeling is a particularly pervasive one in psychology. But let us consider problems with this idea of love as a feeling.

Mainstream psychological perspectives on romantic love both originate in and support popular cultural conceptions of love. Namely, the shared conception in our modern Western culture of love as a feeling or emotion. People often talk about feelings, motives, longing, and needs in romantic relationships. However, when love is seen as something felt—and particularly as a “feel good” emotion—it can be problematic.

All the “feel good” aspects of love are nice. However, people may be set up for disappointment and failure when too much emphasis is placed on pure emotion as a driving force in relationships. Too often, people see love from the perspective of its impact on themselves, how another person makes them feel and how their needs are met, rather than a focus on attention to the other, the loved one. Since the start of the Romantic era in the eighteenth century, people have increasingly elevated love as the primary reason that relationships are formed and lifetime commitments made. However, when people seek and live relationships according to what they have been told in “happily ever after” fairy tales, they may paradoxically find themselves unfulfilled and unhappy. This paradox, and an alternative way to approach loving relationships, is at the heart of this book.

Nowadays, marriage is typically considered the consummation of a romantic relationship. For example, one indication of the perceived social importance of marriage is the dispute over allowing same-sex couples to marry; whether people approve or disapprove of gay marriage, their feelings on the subject tend to be strong.

Throughout most of human history, legal partnerships or marriages were social contracts. Such social contracts helped people improve their social standing, legitimized the resulting children, and maintained inheritance rights (Coontz, 2005). According to Coontz, nearly as soon as love-based marriages became the fashion in the late nineteenth century, the divorce rate escalated. Coontz points out the irony that “the strongest opponents of divorce in the nineteenth century were traditionalists who disliked the exaltation of married love. They feared that making married love the center of people’s emotional lives would raise divorce rates, and they turned out to be right” (p. 180). The lifelong commitment typified by marriage (i.e., “until death do us part”) created more pressure on couples, making it even more difficult for them to live “happily ever after.”

One of the greatest problems with relying on a feeling of “being in love” as a guide to the health or vitality of a romantic relationship is that feelings may change. Later this week we’ll explore the consequences that relying on feelings can have for the stability of relationships. Stay tuned!

Kurdek, L. A. (1998). Relationship outcomes and their predictors: Longitudinal evidence from heterosexual married, gay cohabiting, and lesbian cohabiting couples. Journal of Marriage and the Family, 60, 553–568.