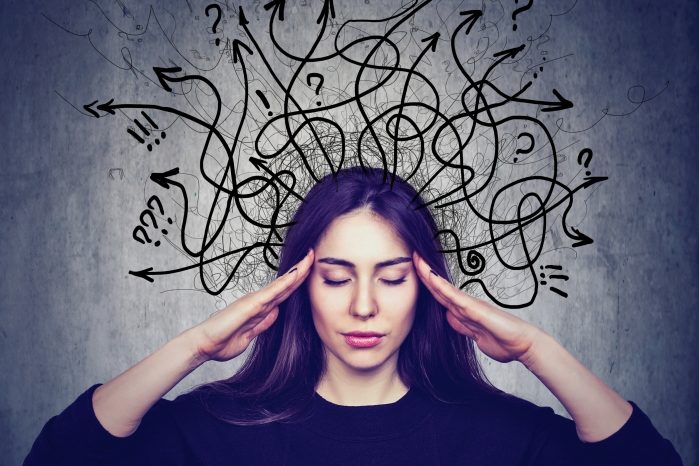 The skill of mindfulness develops from one’s ability to notice how the mind deals with the information it receives through sensory processes and the brain. By analyzing how your mind organizes, interacts with, and assigns meaning to your thoughts, you can observe the patterns and ingrained tendencies by which you frame and evaluate the world. The goal of mindfulness practice among OCD sufferers is to cultivate a positive relationship between the you and the mind. While mindfulness is a relatively recent integration into the treatment protocol for OCD, it is widely accepted to be among the most effective and long-lasting solutions to managing obsessive thoughts and their consequent compulsions.

According to Jon Hershfield and Tom Corboy, authors of the recently released Mindfulness Workbook for OCD, “cognitive distortions are the language of OCD.” The obsessive-compulsive brain does not simply “have thoughts,” as such; rather, these thoughts become filtered through distorted lenses, with the sufferer assigning meaning to what, in another person, may be considered a benign thought. This constant state of cognitive distortion—when ostensibly harmless thoughts become laden with implications of personal identity or potential future action—is particularly distressing because the OCD sufferer is aware that these patterns of thinking are irrational. Perhaps even more troubling is the feeling of powerlessness to change these thoughts.

One method of combatting OCD is to change not the “bad” thought itself, but the relationship one has to these thoughts. To this end, it’s helpful to differentiate among the brain, the mind, and you as three separate entities.

Hershfield and Corboy liken the brain, the mind, and the “you” to parts in a computer; the brain, a collection of organic matter that provides for the body via a complex interaction of chemical and electrical signals, functions similarly to the coding, the zeroes and ones that make up each piece of datum in a computer program; it gives the basic framework in which a program can operate. The mind, receiving that data, filters, interprets, and adds meaning to it, much like a processor. It provides context and commentary for the sensory perceptions the brain receives. The “you”, on the other hand, is simply your being. You are not the processor; you are “the one who goes by your name and the one watching what the mind is doing with the data it receives.” In this capacity, your being, your self, actually holds more power than you may think. It is with this knowledge that many OCD sufferers can begin to change their relationship with their thoughts.

The ability to observe one’s thoughts without active participation, interpretation, or judgment is the cornerstone of mindfulness; while mindfulness as a part of a cognitive behavioral therapy treatment for obsessive-compulsive disorder is now seen as an essential component of OCD treatment protocol, its inclusion is a fairly recent adaptation.

Next week, we’ll cover the evolution of treatment for OCD. Stay tuned!