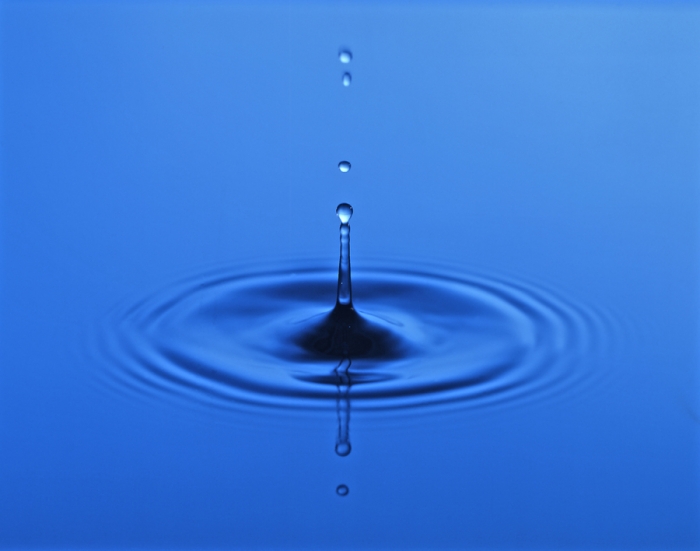 For the past couple of weeks we’ve been discussing an integrative treatment approach for psychosis that incorporates acceptance and commitment therapy (ACT), compassion-focused therapy (CFT), and mindfulness approaches within the cognitive behavioral therapy tradition. The protocol is presented in a new book by Nicola Wright, PhD, Douglas Turkington, MD, and colleagues, Treating Psychosis.

According to Kabat-Zinn (2003), mindfulness can be defined as “the awareness that emerges through paying attention on purpose, in the present moment and nonjudgmentally, to the unfolding of experience moment to moment.” Though mindfulness is a central and integral part of both acceptance and commitment therapy and compassion-focused therapy, we haven’t yet had a chance to look at how it has also been incorporated in CBT as a strategy and treatment approach (mindfulness-based cognitive therapy; Segal, Teasdale, & Williams, 2002, 2012).

Mindfulness-based approaches have been applied to psychosis, with some modifications. Chadwick (2006) and Chadwick and colleagues (2005, 2009) have emphasized the implementation of mindfulness with those who experience psychosis. There is preliminary evidence that completion of mindfulness-based therapy is feasible for clients with psychosis, and can positively impact overall psychological well-being and improve the ability to respond mindfully to stressful internal events (for example, Abba, Chadwick, & Stevenson, 2008; Chadwick, Newman-Taylor, & Abba, 2005; Chadwick, Hughes, Russell, Russell, & Dagnan, 2009; Langer, Cangas, & Serper, 2011; Langer, Cangas, Salcedo, & Fuentes, 2012).

As Kabat-Zinn’s definition of the term makes clear, the mindfulness process involves a nonjudgmental accepting of one’s internal and external experiences. The process of coming into contact with distressing thoughts (or delusions) and feelings and experiences such as hallucinations and letting them pass without reacting to them enables exposure rather than the avoidance so often associated with “negative” or disturbing delusions and hallucinations.

The decentered awareness in mindfulness facilitates the experience of cognitions as mental events in a broader context, and thereby facilitates a more metacognitive stance of decentering or defusing rather than getting “caught” in or reacting to thoughts or delusions, images, and hallucinated voices. The awareness and acceptance of thoughts, images, sounds, and/or hallucinated voices (positive or negative) diminishes the processes of judgment and self-criticism, including the internalized self-stigma that is so often present in those who experience psychosis.

Finally, present awareness provides an alternative process to the maladaptive processes of rumination and worry that so frequently accompany psychosis. As described in ACT, mindfulness-based approaches allow for a reduction in distress and an enhanced ability to engage in meaningful activities and the pursuit of valued goals (Harris, 2009).

A principal focus of mindfulness is to regard thoughts as “mental events” rather than accurate reflections of reality (Teasdale et al., 2000). Assuming this objective, detached stance toward thoughts is hypothesized to prevent the escalation of negative thought patterns that precede and follow deleterious psychological states such as psychosis (Teasdale, Segal, & Williams, 1995). It also allows clients to potentially foster a different relationship with these thoughts. This can be paramount in the context of psychosis, as symptoms and distressing beliefs may not abate with even aggressive pharmacological treatment.

Another modality incorporated in the integrative protocol, behavioral activation (BA), is an empirically supported psychotherapy for the treatment of depression (Lejuez, Hopko, & Hopko, 2001). Although principles of BA techniques were largely subsumed within general CBT procedures (for example, Beck et al. 1979), there has been increasing interest around stand-alone BA protocols, given that it has been demonstrated that BA is as effective as full cognitive therapy in treating depression both in the short (Jacobson, Dobson, Truax, & Addis, 1996) and long term (Gortner, Gollan, Dobson, & Jacobson, 1998).

BA seeks to increase exposure to the positive reinforcement that comes with engaging in healthy behaviors by providing a structured framework and rationale to reactivate behaviors, such as social interaction, that become largely dormant in depression. Ideally, as individuals become more activated in social and other domains, the reinforcement they receive increases, thus increasing the likelihood of further engagement in healthy behaviors at the expense of depressed behaviors. It is believed that this change in behavior will ultimately shift mood in a positive direction (Lejuez et al., 2001).

Elements common to most BA protocols include psychoeducation around the influence of behavior on thoughts and emotions, identification of values and goals, mood and activity monitoring, activity scheduling, and graduated exposure to previously avoided activities.

It has been suggested that the negative symptoms of psychosis such as amotivation, alogia, and blunted affect reflect an attempt by the individual to moderate exposure to the consequence of positive symptoms, including the symptoms themselves, psychiatric treatment, and negative evaluations by others (Mairs, Lovell, Campbell, & Keeley, 2011). In addition, research indicates that negative symptoms are associated with defeatist beliefs about mastery and pleasure (Khoury & Lecomte, 2012). As in depression, this restriction of activity is strongly reinforced while simultaneously depriving the individual of the ability to access positive reinforcement for more value-driven behaviors (Mairs et al., 2011).

The integrative treatment model for psychosis that forms the foundation for the model presented in Treating Psychosis (LINK) reflects a synthesis of elements of each of the interventions we’ve discussed throughout the previous posts in this series. The core principle is the importance of the client’s identified values in driving shifts in thoughts, behaviors, and emotions with the ultimate goal of living a more meaningful and fulfilling life. Flowing from this, clients will benefit from developing mindful awareness of the present moment in order to allow the possibility of observing the function of emergent thoughts and/or behaviors relative to stated goals and, ultimately, values.

This stance can foster cognitive flexibility, which helps clients to disengage from the struggle they are engaged in with distressing psychotic experiences, which is often reflected in substance use and other forms of cognitive and/or experiential avoidance. 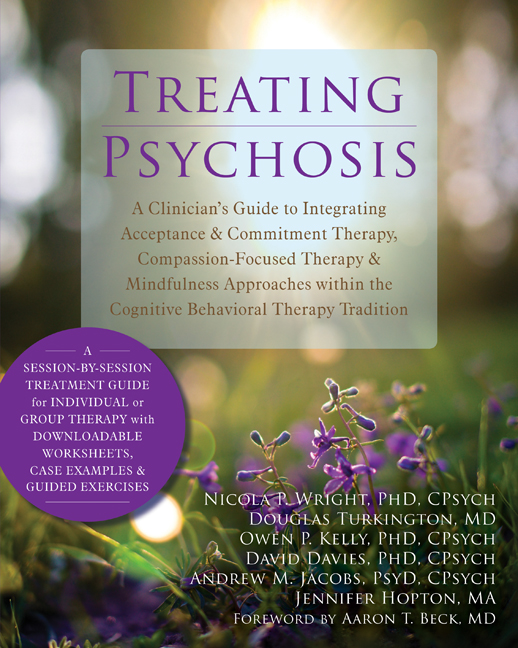 For more on this groundbreaking integrative protocol, check out Treating Psychosis: A Clinician’s Guide to Integrating Acceptance and Commitment Therapy, Compassion-Focused Therapy, and Mindfulness Approaches Within the Cognitive Behavioral Therapy Tradition.

Langer, A. I., Cangas, A. J., & Serper, M. (2011). Analysis of the multidimensionality of hallucination-like experiences in clinical and nonclinical Spanish samples and their relation to clinical symptoms: Implications for the model of continuity. International Journal of Psychology, 46, 46–54.