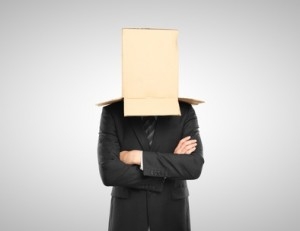 Lynne Henderson, PhD, director of the Shyness Institute in Berkeley, CA, and developer of the groundbreaking social fitness training model for treating shyness, has been treating chronically shy and socially anxious clients for decades. Over the years, Henderson has noted some of the common obstacles associated with treating these clients.

“Learned pessimism and learned passivity,” she writes, “are hallmarks of the chronically shy and those with cluster C personality disorders”—meaning disorders characterized by anxiety or fearfulness. “Such clients may try to seduce [the therapist] into doing all the work. Resist that temptation, or you may become tired and angry, which interferes with effective treatment.”

When therapists have become well trained, they adeptly resist being manipulated by clients’ verbal and nonverbal messages of helplessness. Thoughtfully applied, gentle humor, laughing at oneself, and joking about the “human condition” can be effective ways to convey that you, the therapist, do not share a client’s view of his or her ineffectuality. Therapists see social gaffes as a normal part of living and as a way to engage in ongoing social learning. Clients often appreciate such efforts on the therapist’s part when they begin to feel more empowered. If a client begins “talking back” in sessions, challenging a comment you’ve made or insisting on rearranging an exposure to “make it work better,” that’s a likely indication that real progress is being made.

Resentment and passive aggression are also common in this group of people, often due to the fact that they have had few opportunities to practice self-assertion skills. They often believe that other people “have it easier” and that things “just come naturally” to others. Tell them about the research study that suggests that shy college students report fear levels and experiences similar to non shy students (Maddux, Norton, & Leary, 1988). The chronically shy believe that something is wrong with them, and they do not see social exertion as a natural part of life, but most people are somewhat nervous in new situations—with practice, they simply learn to manage their physiological arousal and feelings of insecurity, and work to develop adaptive thinking patterns.

Another challenge emerges in the simulation of real-life exposures. Sometimes it is difficult to simulate the exact experience a person is dealing with at work or in meeting people socially. For instance, role-playing a dominating male boss is sometimes difficult. As the therapist, you can have the client role-play the boss first, in order to see how the person comes across. That can be very instructive, because different individuals respond differently to different personality styles and we are often surprised to see discrepancies in the expectations the client has set with regard to the players in question. For instance, a manager who may be described as harsh might actually sound direct and even reasonable when role-played by the client. In that case, your job is to help the client recognize that the boss might only have a more direct style and that the way to deal with him is to respond more assertively, and to help the client manage and reduce anxiety generated by the manager’s inquiries about the client’s work.

In other cases, managers have been objectively harsh and verbally abusive, and it can be difficult for clients and therapists alike to play these roles. The therapist often has to serve as the confederate, but willing third-party confederates can sometimes be found. Here is yet another reason why group treatment is ideal: group members can participate in one another’s role-plays, experimenting with different types of behavior, which functions as a kind of “behavioral brainstorming” to help come up with preferred ways of being.

Next week we’ll continue exploring some of the common challenges in treating shy and socially anxious clients, and presenting more of Lynne Henderson’s effective solutions to these problems. For more information on the social fitness model, check out Henderson’s new treatment manual, Helping Your Shy and Socially Anxious Client.