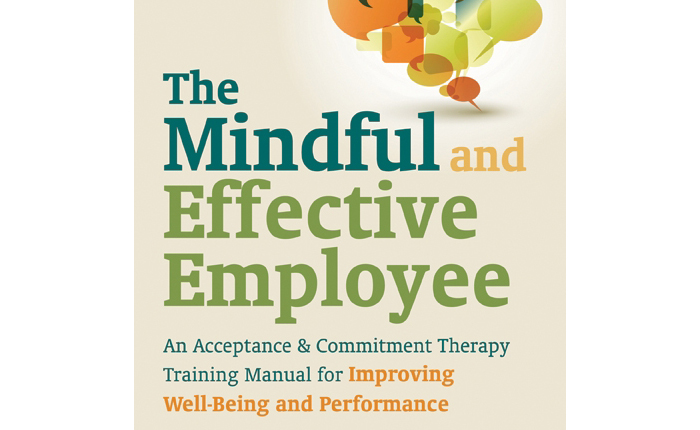 Outlined in The Mindful & Effective Employee: An Acceptance and Commitment Therapy Training Manual for Improving Well-Being and Performance, and led by the University of Haifa, Israel researcher Michal Biron and Tilburd University, Netherlands’ Marc van Veldhoven, this work has the potential for the understanding and promotion of employee well-being, given the predominance of “service” occupations in most developed countries. In this case, the term emotional labor refers to the need for customer-facing workers to manage the expression (facial, verbal, and bodily display) of emotions in accordance with the requirements of the job. Take, for example, an airline cabin crew member who greets you with a warm and friendly smile as you board the plane. It’s possible that the crew member, while maintaining his or her smile for each and every passenger, will not be, in that moment, experiencing “warm and friendly” feelings. Researchers have found that customer service workers adopt certain strategies to manage the tension between displayed and actual feelings (Grandey, 2003; Zapf, 2002).

Once such strategy, known as surface acting, has been linked to reduced employee well-being and the development of symptoms of burnout (particularly emotional exhaustion). The airline employee example above is suggestive of surface acting, as the worker may feel the need to suppress his or her felt emotions in order to simulate a display that customers (and the employing airline) expect from someone in that job role (Biron & van Veldhoven, 2012). Such strategies require psychological effort, which researchers have found may, over time, lead to the depletion of energy or other valued personal resources (Hobfoll, 2002). Biron and van Velhoven hypothesized that service workers with higher levels of psychological flexibility might have an alternative, and potentially more adaptive, strategy at their disposal. Specifically, psychologically flexible individuals are less likely to engage in the internal suppression of emotions and may instead be able to “make room” for even the more difficult feelings that arise from job demands, while redirecting their energy and attention toward the task at hand and pursuing valued work goals (Bond et al., 2008).

Upon investigating their hypothesis, the researchers found that psychological flexibility was not only associated with lower levels of exhaustion, it also offered workers some protection from the detrimental impact of emotionally-demanding work days. In contrast, and consistent with previous emotional labor research, the use of surface acting was associated with higher exhaustion at the end of each day and served to exacerbate the link between emotional job demands and exhaustion. These findings suggest that workers in emotionally demanding roles would benefit from ACT-based training, which, as we’ve published previously and will continue to do as new evidence emerges, has been consistently shown to increase employees’ psychological flexibility.

Grandey, A. A. (2003). When “The show must go on”: Surface acting and deep acting as determinants of emotional exhaustion and peer-rated service delivery. Academy of Management Journal, 46, 86–96.

Zapf, D. (2002). Emotion work and psychological well-being: A review of the literature and some conceptual considerations. Human Resource Management Review, 12, 237–268.