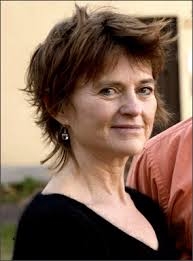 JoAnne Dahl, PhD, is a clinical psychologist specializing in behavioral medicine and a co-author of many books, including the recently released ACT and RFT in Relationships: Helping Clients Deepen Intimacy and Maintain Healthy Commitments Using Acceptance and Commitment Therapy and Relational Frame Theory. She is professor of psychology at Uppsala University, Sweden, and host of a weekly podcast about acceptance and commitment therapy topics, ACT: Taking Hurt to Hope.

Why a book on ACT and RFT for relationships?

Everyone at every age seems to have problems with relationships. And close intimate relationships seem to be the most important value of all values. When something is so important and yet so difficult as intimate relationships, it just seemed essential that we try and understand this process. In this book we try to take a critical look at what goes wrong, what is challenging, and what can we do about it. As a psychologist I have seen countless tragedies as families break up and children lose parents due, at least in part, to the myths and illusions our culture and our minds create about romantic love. We know that the 'pursuit of happiness' most leads to loneliness and unhappiness. We know that basing relationships on feeling good is a slippery slope with a dead end. We also know that using a relationship in order to validate yourself is short lived and self-centered.

I wanted to create an alternative way of helping people to create long-lasting, vital and fulfilling relationships that they could be proud of at the end of their lives. The only way we know to do that is to see love as values based rather than feeling based. The only person you can influence in a relationship is you. You have complete control over how loving you choose to be regardless of your feelings. A behaviorist knows that feelings don't need to precede behavior but getting active in behaviors that matter will likely elicit those feelings of love. I think that true love is an unconditional love. It is much easier to choose to be as loving as you wish without regard to any particular response. The paradox is that the more love you give away unconditionally, the more you get back.

In the second chapter of the book, you introduce contextualism, the psychological approach used in the book. What is contexutalism, as it applies to this book?

The psychological approach adopted in this book is founded on an alternative worldview called contextualism. The root metaphor of contextualism is the “event in context,” in which every phenomenon is an “event” that happens in a context that determines the nature of that event. From this perspective, we cannot ignore the context, since without it the event would not be the same. For example, a kiss might be a sign of affection, but it might also be an act of betrayal; knowing whether the context was a meeting between Romeo and Juliet or one between Judas and Jesus helps us determine the meaning of the event. The truth criterion of contextualism is successful work toward the analytic goal, whatever it might be. One important function of this criterion is that it delimits the amount of contextual information that is needed. Though the ultimate context for any event is the whole universe, it is typically unnecessary to examine context on such a grand scale, because we need only enough information to achieve the goal. In descriptive contextualism, the goal is a harmonious understanding of events. In functional contextualism—the form of contextualism underlying our present approach—the goal is to predict and influence events. In psychology, the “events” we are interested in are human actions. These actions always happen in a context that determines their nature. The contextualist worldview, which naturally takes situational determinants of behavior into account, lends itself to the study of complex human behaviors that happen in the context of other people, and involve thoughts and feelings that are the product of a complex and extended learning history. Functional contextualism is a variation of the contextualist worldview that seeks practical behavioral change. From this perspective, it is not enough to acknowledge the complexity of the human situation; we must achieve desired change. Thus, functional contextualism lends itself to the complexity of the human situation while also facilitating useful action in respect of that situation.

What are Motivative augmental rules, particularly in the context of relationships?

Motivative augmental rules, as we explained in the last chapter, are verbal relational networks that serve to alter the degree to which previously established consequences function as reinforcers or, alternatively, punishers. Values are defined in terms of reinforcement rather than punishment, and thus values are verbal networks that alter the degree to which previously established consequences serve as reinforcers. More simply, they are ideas that serve to make particular consequences even more motivating. For example, when someone who values intimacy thinks about or is reminded of intimacy, that verbal reminder might produce an increased desire for intimate conversation or physical intimacy. That might make it more likely, in turn, that he or she will engage in the kinds of activities that can maintain intimacy (e.g., emotional honesty) or those that can eventually result in intimacy (e.g., dating), depending on the situation.

Stay tuned later this week for part two of our Q&A with JoAnne Dahl. In the meantime, check out her book, ACT and RFT in Relationships: Helping Clients Deepen Intimacy and Maintain Healthy Commitments Using Acceptance and Commitment Therapy and Relational Frame Theory.