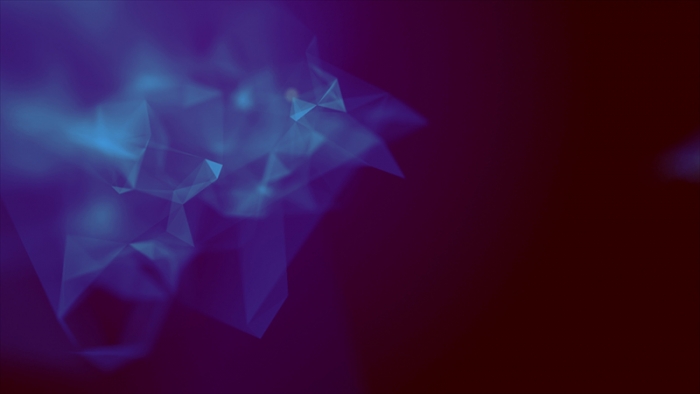 This summer, New Harbinger released Advanced Training in ACT: Mastering Key In-Session Skills for Applying Acceptance and Commitment Therapy, an eight-hour workshop in the use of mindfulness and acceptance to treat emotional disorders. ACT can be tricky, and while there are some wonderful resources available for beginner and novice ACT practitioners, there are few resources for the advanced practitioner who seeks advanced strategies and exercises to improve the quality of their sessions. That’s why Matthew McKay, PhD, and Patricia Zurita, ONA, PsyD, created these DVDs: to provide key, in-session skills for navigating the ACT hexaflex, as well as practical tips for moving past common roadblocks that arise in therapy. The DVDs also feature specific adaptations of the ACT protocol for use in treating an array of disorders such as anxiety, depression, chronic pain, eating disorders, and more.

We were lucky to have the opportunity to sit down with McKay to ask him about his motivations for doing the project, and what viewers could expect to get out of the DVD sessions.

Tell us some of the highlights from the Advanced Training in ACT DVD.

McKay:  There’s a section fairly early on where we talk about learning to observe clients mindfully, and really learning to be able to tell if clients are being present or avoidant. The whole focus of that is learning to tell when a client is engaged in the present moment, or when they’re going into avoidance mode. You can watch the client’s facial expression, posture, and tone of voice, and watch for signals that indicate whether they are really present and engaged, or whether they’ve done something to avoid an internal state, like bad thoughts or an emotion that’s come up. There is role play and didactic around being able to pay attention, and learning to notice when clients are going into avoidance mode, or when they’re getting into fused thoughts or negative thoughts.

Then there’s a section about how to navigate inside the hexaflex. The right side is kind of straight behavioral: your values, committed action, and intentions based on those values. But if you run into barriers, and you’re talking about what the client needs to do to move forward to act on their values and suddenly you observe avoidance or you observe fused thinking, then those are signals that you need to move over to the left side of the hexaflex and start doing mindfulness, and exposure, and defusion. That whole section of the DVD is about how you work in session with clients. So, what do sessions look like? It’s not like you’re just going through each step of the hexaflex and doing it in some order. Although we do talk about order in treatment—because there is a process—what are the kinds of things that you have to do in an ACT treatment to get set up? And, once you get into the body of the treatment, you’re not just going through these steps and teaching the clients about mindfulness and teaching them about defusion. You’re using them all the time in the session. So this part of the DVD is really about what to look for to tell you that you’re seeing avoidance, and then knowing what to do with the avoidance, and what are the techniques for handling avoidance. We show both how to navigate in-session, and then once you’ve been doing some exposure or dealing with fused thoughts, how to get back to the other side of the hexaflex, back to values and committed action again. We demonstrate, through role plays, how to make the transition back to that other behavioral piece. There’s also another section that’s about applications for ACT, where we look at ACT for depression, anxiety, and interpersonal disorders, and we adapt it for these target problems.

Why, in your opinion, is ACT a good fit for treating these particular issues?

Most of these problems are driven by transdiagnostic factors, meaning it’s not the problem or the symptoms that are really the issue. It’s the way of coping with life and stress that gets people in trouble. ACT targets two of these transdiagnostic factors: experiential avoidance, trying to get away from experience; and fusion, or getting locked in thoughts, believing them, taking them super-seriously. So ACT is effective because those two problems are mostly what drives depression. They’re also mostly what drives anxiety, and mostly what drives interpersonal problems in the sense that people get caught in these schemas, and schema pain, and when they cope with it using experiential avoidance, trying to avoid the pain in some way, most of the interpersonal problems that develop come out of that avoidance process. So ACT is pretty good for dealing with a lot of different things because there are a lot of different things that are driven by those two factors of experiential avoidance and fusion. And ACT doesn’t treat specifically depression, anxiety, or interpersonal problems. It treats running away from experience and it treats avoidant behavior that makes it hard to follow one’s values. So that’s what it’s about and that’s why it’s so good for lots of different problems because they all really stem from avoidance. From an ACT point of view, that’s what drives most psychological difficulties.

Tell me more about schema therapy. Is this derived from ACT?

McKay: Schema therapy was developed by Jeffrey Young and it comes out of the work of Aaron Beck, one of the founders of CBT [cognitive behavioral therapy]. Schemas are core beliefs that you develop early in life that tell us who we are and what kind of relationships we can expect to other people and the world in general. Many of these schemas are pretty painful: the abandonment schema, defectiveness schema, the deprivation schema. There are lots of different schemas and each one is connected to a lot of emotional pain; and, when they get activated by interpersonal events, people feel so much pain that they end up trying to get away from it. So schema therapy really comes out of CBT. But CBT is about trying to change schemas. The CBT approach to solve a schema problem is to have you learn that the schemas, or core beliefs you hold, are not true. And ACT is saying, well really, you can’t do that. Once these beliefs get formed they’re pretty enduring, and instead of trying to change them, which is often hard and often doesn’t go very well, how about learning to deal with the pain differently instead of running away from the pain. From an ACT perspective, let’s turn around and look at it. Let’s use mindfulness, let’s use exposure to learn how to accept this pain. Let’s use defusion to deal with some of these schema-related beliefs and get a little emotional distance from those things. And then, instead of having our life about trying to get away from the schema pain, let’s focus on values. What really matters to you in relationships? How do you want to be in relationship? Who do you want to be in relationships? When you get clear about your values, that’s probably going to be very different than how you’ve been in relationships trying to get away from your schemas. So all that schema avoidance stuff has propelled you into behavior that probably isn’t very close to how you really want to be and what you really value relationship-wise. So from an ACT perspective, we’re not going to necessarily change these schemas very much, but we’re going to find a way to get a little bit of distance from the pain, and while noticing and sometimes feeling some good amount of schema pain when it gets triggered, how can I go in the direction of my values in relationships instead of trying to get away from the schemas and really messing up my relationships with schema avoidance? So that’s how ACT and CBT got wedded in this treatment. But CBT’s position is we can change the schemas, and ACT’s position is we’re not really going to change these schemas. This is pain that’s going to be with you. It’s primary pain, it’s unavoidable pain, ACT calls it “clean pain,” so when it shows up, what we really have to do is change our relationship to that pain and act on our values, rather than getting into this avoidance thing.

Understanding the schema concept and knowing what your core beliefs are and how that drives your behavior, is that in itself considered to be helpful?

McKay: Well, I think it’s helpful in the sense that you can see what you’re up to. There’s a very big step in ACT which is called “creative hopelessness.” This is something that you have to do early in the treatment. Creative hopelessness is when you look at all of the things a person might try to do to avoid the pain, whatever it is—the pain of anxiety, sadness, loss, failure—whatever the original clean, unavoidable pain is. Again, a schema is unavoidable pain we learned in childhood that keeps showing up in our lives, in interpersonal situations. So with creative hopelessness, you start to help the person realize that they’ve been trying to get away from this pain for years, maybe most of their life. And the whole idea is that trying to avoid it is the only way they’ve been trying to get away from this pain, and has it gotten better? Usually people will tell you that, really no, the pain keeps showing up anyway. But now, in addition to the clean pain, or primary pain, or unavoidable pain, or whatever you want to call it, now they have secondary pain, which ACT calls suffering. Suffering is all the stuff that happened as you tried to avoid that pain. So let’s say schema pain shows up, let’s say your schema is defectiveness. So you get into these interpersonal situations where that gets triggered, like somebody criticizes you or you’re given a challenge that you’re afraid you’re not good enough or capable of doing. This belief that was formed in childhood is set off, and now you’re in pain, now you feel ashamed, scared that someone will see something wrong with you. From an ACT point of view, that’s not something that you can or should avoid. But what happens when you try to avoid the feeling that you’re defective? You get angry, or you withdraw from that person so that you don’t ever have an experience like that again, or you avoid challenges where that fear may be activated. So now as a result you are living this very limited, truncated life, you’ve lost certain relationships, you’ve blown up relationships by getting angry so you wouldn’t have to feel anything that triggers you. Now the secondary pain, or the suffering, is all downstream with these avoidance strategies. Now, not only do you have the schema pain showing up, you have lost relationships, abandonment, interpersonal disasters where you try to cope with pain by pushing someone away, and maybe a career in which you’ve avoided challenges so you feel stuck. All these things are secondary, the suffering part. What ACT focuses on is helping you with that. We can do something about all that suffering, by changing your relationship to the primary, unavoidable pain, and moving toward your values instead of doing avoidance, all this other stuff can kind of go away after a while.

Read part two of this insightful Q&A on Advanced Training in ACT.