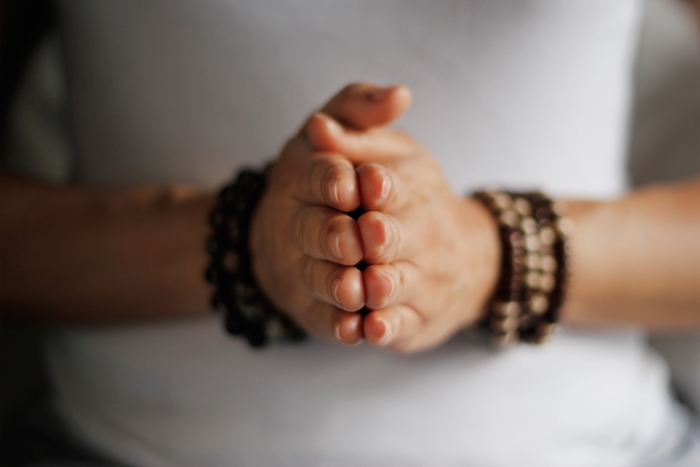 This spring we published Advances in Relational Frame Theory: Research and Application, a comprehensive resource that explores the connection between language and experience. Editors Simon Dymond, PhD, and Bryan Roche, PhD, hoped to produce a volume that would offer a broad overview of the foundations, nature, and implications of relational frame theory (RFT) by weaving in the most cutting-edge research from leaders in the fields of RFT and the cognitive behavioral sciences. During the next few weeks, we’ll be offering an overview of some of the past and current research surrounding RFT, as well as some of the foundational concepts. To kick things off, check out our brief chat with the editors, as they explain the basic framework of RFT and present their rationale for this exciting project.

What is Relational Frame Theory (RFT), in a nutshell?

Why did you produce this book, and why now?

As we outline in the Preface, it’s been more than ten years since the publication of the first edited volume on RFT: the so-called, “purple book,” (Hayes, Barnes-Holmes, & Roche, 2001).

Who is this book for?

Everyone with an interest in behavior analysis, verbal behavior, language and cognition, and clinical therapy. Really, there’s something for everyone in the book, be they students, researchers, clinicians, or just interested in what modern behavior analysis has got to say about complex human behavior.

RFT has truly emerged from a very healthy applied-basic research agenda. The theory has been informed from the beginning by the concerns of those trying to explain real world phenomena in the clinic, work, or social setting. But it has also been built from the ground up based on sound principles of behavior analysis. So this theory speaks very well to therapists and practitioners in the work or clinical setting. RFT is not an esoteric theory – we always have our eye on the prize, which is not surprising given that we are pragmatists.

Several chapters in the book deal with clinical issues, and explain what RFT has to offer by way of well worked-out functional explanations of clinical phenomena. These analyses have very real and immediate implications for the practice of therapy and show how RFT feeds directly into clinical practice. A further chapter illustrates the application of RFT to understanding behavior and behavior change in the workplace. These chapters will help practitioners get a grip on how it is precisely that RFT underpins therapeutic practices such as those used in Acceptance and Commitment Therapy (ACT) and other mindfulness-based treatments. It is an excellent primer for a practitioner who wants a one-stop-shop for everything you needed to know about ACT and RFT.

But researchers will also get a lot from this book. Several chapters outline the verbal/relational underpinnings of clinical problems, which have the potential to better inform novel therapeutic interventions and to inspire exciting translational research endeavors. It represents the latest compendium of advances made in basic RFT research this past decade, and is an essential book for any basic researchers interested in cutting-edge changes in the experimental analysis of language and cognition. In other words, it’s essential reading for all those interested in clinical issues!

In your opinion, what are some of the highlights of the new RFT book?

That’s a hard question; there are so many highlights! Perhaps one of the most exciting advances made in RFT in recent years is its interfacing with neuroscience. The uses of fMRI and EEG measures have complemented the development of RFT, and some very impressive studies and analyses have been conducted since the publication of the first RFT book in 2001. These studies allow us to speak directly to neuroscientists to validate some of the predictions of RFT regarding the verbal nature of the transformation of functions, and to identify the neural correlates of language and cognitive phenomena in behavioral terms. Many readers will also be keen to read the chapter on the Implicit Relational Assessment Procedure (IRAP), which has also been developed since the 2001 RFT book. The IRAP uses an RFT approach to implicit testing to develop a test that allows researchers to measure implicit attitudes with an empirical integrity that probably outshines that achieved by the eponymous Implicit Association Test. This is an excellent example of the application of RFT in domains of research (in this case social cognition) that were typically avoided by behavior analysts. It also represents an excellent example of bridge-building across the various domains of psychology, and an impressive example of the kinds of translational research behavior analysts need to be doing.

We should also point out that there is an important conceptual chapter in the book in which the approach to science that we call contextual behavioral science (CBS) is integrated into a larger body of selectionist and contextualistic scientific approaches, namely evolution theory. This is an important new illustration of the fact that contextual behavioral science is quite an all-encompassing approach to science that can move us closer to a single, but multi-level and unified account of individuals’ behavior. These types of conceptual advances are very exciting and very important for assessing the maturity and progressiveness of the CBS approach.

But, there are 11 chapters in the book, and all are worth highlighting!

What are some of the future challenges and opportunities for RFT?

RFT is still a young theory in terms of the number of basic researchers who employ it as a paradigm in their basic research. It has come a long way, but we need to see more translational work being done so that researchers and practitioners in other fields sit up and take notice. This has already started to happen in the fields of experimental psychopathology and implicit testing, and of course it has already happened for ACT in the world of therapy.

Numerous challenges lie ahead, such as ensuring that new organizations like ACBS and journals such as JCBS are able to continue to “spread the word” about RFT to a wider audience, especially given ongoing changes in scholarly publishing models and the growth of open access solutions. This is balanced, however, by numerous emerging opportunities such as the widespread acceptance that verbal/relational processes may play an important role in causing and maintaining human suffering (and the potential for RFT to inform such clinical theories), the fact that RFT is uniquely positioned to contribute its own functional account of language and cognition to debates underway in cognitive science and clinical psychology (Jan De Houwer, in the Foreword to the book, makes a great point in this regard), and the momentum behind ACBS and other organizations in reaching out and developing a genuine community of researchers, clinicians and students interested in RFT and its implications.

We think the best service we can do for behavior analysis is to showcase RFT as our crowning achievement to date, and to do our best to use it to bring a behavior-analytic perspective to all and any behavior, regardless of their apparent levels of complexity.

Simon Dymond, PhD, BCBA-D, has published more than seventy empirical research articles on derived relational responding, avoidance, and gambling, and currently sits on the editorial boards of the Journal of the Experimental Analysis of Behavior and The Psychological Record.

Bryan Roche, PhD, CPSYCHOL, CSci, AFBPsS, is coeditor of the book Relational Frame Theory: A Post-Skinnerian Analysis of Language and Cognition (2001). Roche currently sits on the editorial boards of several behavior-analytic journals, and is a regular ad-hoc reviewer for several of the major international journals of behavioral psychology.