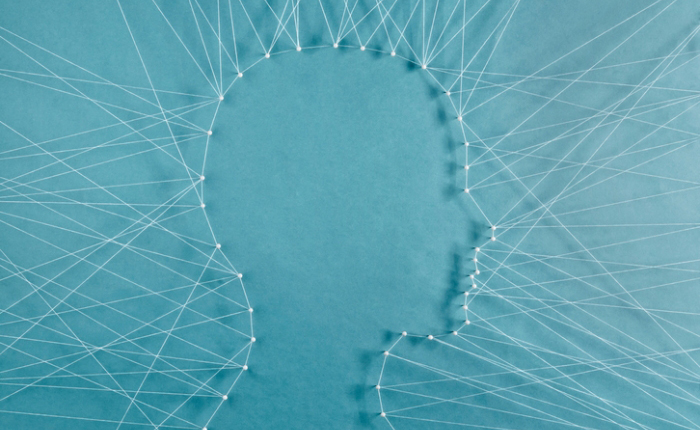 Two weeks ago we published a question and answer session with the editors of Advances in Relational Frame Theory: Research and Application, Simon Dymond, PhD, and Bryan Roche, PhD. Their edited collection, which published in May of this year, provides a comprehensive overview of the foundations, nature, and implications of RFT, alongside the most up-to-date, cutting-edge research from leaders in RFT and the cognitive and behavioral sciences.

For those still interested in learning more about RFT, last week we also launched the first in a series of blog posts called RFT 101, to provide background and a further overview of this fascinating approach to understanding language and experience.

RFT is based on the notion that understanding language is a crucial part of understanding human psychology. Psychologists cannot fully understand human behavior without an account of language that is scientifically adequate. Such an account, according to Drs. Dymond and Roche, is one that is based on empirical research and provides a bottom-up explanation of relevant processes of interaction between behavior and environment, starting with the simple and advancing incrementally to the complex, thereby producing a terminology and accompanying methodologies that allow both prediction and influence with respect to that phenomenon.

RFT is grounded in behavior analysis, an empirically-based and practical approach to psychology which has achieved success in certain applied arenas (e.g., early intensive behavioral intervention, organizational behavior management). But behavior analysis is not a mainstream approach, partly because of its reputation for failing to offer a potentially adequate account of complex human behavior, particularly language.

It has been more than half a century since the last major behavior analytic conceptualization of language was provided by Skinner (1957), who extrapolated from direct operant responding, which had been researched in non-humans. Skinner hypothesized that verbal behavior was reinforced through the mediation of a listener specially trained to provide such reinforcement, but this definition is fundamentally flawed:

It is non-functional, since the analysis of the behavior of the speaker relies on knowledge of the history of another organism, the listener.

It is too broad.

These factors aside, there were also serious problems in terms of empirical analysis. Since organisms in operant experiments were already engaging in verbal behavior, it proved impossible to isolate the latter in order to study it. Skinner’s analysis failed to produce a comprehensive and progressive program of research. If Skinner had not extrapolated from non-human operant responding as early as he did, and waited for additional data on human responding instead, a very different account of human verbal behavior may have resulted. In the two decades following his conclusion, data from two areas of research in particular indicated possible substantial differences between humans and other organisms that appeared relevant to the understanding of language.

The first of these areas was performance on intermittent schedules of reinforcement. In intermittent schedules, reinforcement is not provided for every response, but only for patterns of responding that conform with predefined parameters (for example, high rate). It has typically been found that the responding of the organism under investigation (traditionally a rat or pigeon) gradually adjusts to the contingencies of reinforcement so that eventually its behavior is relatively effective with respect to the particular schedule. But research on intermittent schedules with verbal humans (typically with points exchangeable for money as reinforcement) shows significant and consistent differences between their behavior and that of non-humans (e.g., Galizio, 1979). Furthermore, evidence suggests that the former respond differently because they are covertly following rules about how to respond. For example, in order to investigate the possible effect of rules on schedule responding, researchers have deliberately provided human participants in schedule experiments with rules about the best way to respond and have observed unambiguous and consistent effects (see Hayes, 1989, for an overview).

Research on intermittent schedules of reinforcement has thus provided one clear empirical demonstration of a substantial difference between verbal humans and non-verbal subjects on the other: verbal humans show “rule-governed behavior” which can significantly affect schedule performance. Research of the influence of self-created or experimenter-provided rules on human schedule performance first began to emerge in the 1960s and continued throughout through the 1990s, but no adequate technical understanding of what rules were or how humans understood or followed them was developed.

In 1969, Skinner defined rules as “contingency specifying stimuli,” but failed to provide a behavioral definition of “specify” (O’Hora & Barnes-Holmes, 2001). Skinner’s account of verbal behavior was the only one in existence when rule-governed behavior began to be investigated. But explanation of rule-governed behavior requires an understanding of verbal comprehension, how the rule affects the listener. Skinner’s definition fell flat in this regard, as it excluded the behavior of the listener.

The stimulus equivalence phenomenon has garnered much research attention since Sidman for several reasons, among them that it was not predicated by conventional theory. It appeared to be of great practical benefit: Sidman had used it to train subjects in reading comprehension, and had demonstrated that only a subset of the conditional discriminative performances required for such comprehension needed to be directly trained in order for the full set to emerge). And, perhaps the most compelling reason for research attention, the stimulus equivalence apparent connection to language. The close link between stimulus equivalence and language has been backed by evidence from a range of other studies since Sidman’s original study, and a variety of theories have emerged from within behavior analysis to explain the link between language and equivalence. But from the current perspective, RFT provides the most scientifically adequate of those theories.

RFT also provides an adequate behavioral explanation of rules. It accounts for the empirical effects, suggesting a difference between verbal humans and non-verbal organisms by explaining the nature of the behavioral phenomenon that underlies human language and arguing that it is the same as that which underlies stimulus equivalence—a conception for which there is now a substantial level of empirical support, provided within the context of an expanding program of basic and applied research into verbal processes from the RFT perspective. Although the RFT point of view remains the subject of continuing debate within behavior analysis itself (see Gross & Fox, 2009), Drs. Dymond and Roche affirm that it constitutes a critically important theoretical and empirical advance for behavior analysis and for scientific psychology in general.

In the coming weeks we will delve further into the theoretical foundations of RFT, including an overview of one of its cornerstones, relational responding.