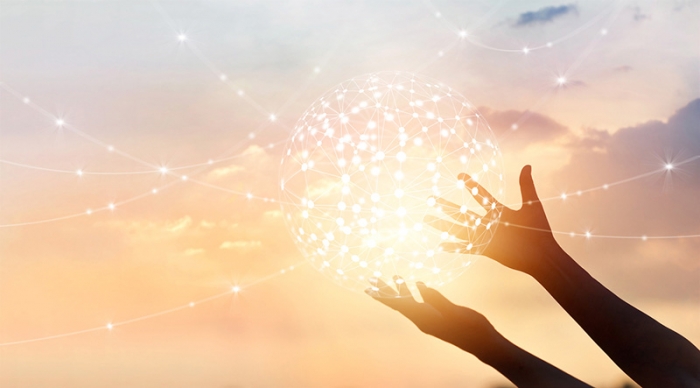 Last week, we took a brief look at the last sixty-plus years of research in language and experience that have provided the bedrock for current research and development of relational frame theory (RFT) and the link between language and stimulus equivalence. Editors of Advances in RFT: Research & Theory Simon Dymond, PhD, and Bryan Roche, PhD, claim RFT as the first theory to adequately explain this link by suggesting that they are the same phenomenon, namely arbitrarily applicable relational responding. But what is relational responding?

Identity matching is also referred to as non-arbitrary relational responding (NARR) because the subject responds based on a relation between non-arbitrary or formal properties of the stimuli being related. Examples of non-arbitrary properties include:

The following example is presented in Advances in RFT:

Imagine I teach a verbally able child that “Mr. X is taller than Mr. Y and Mr. Y is taller than Mr. Z,” and imagine that the child is then able to derive multiple new relations, including, for instance, “Mr. X is taller than Mr. Z” and “Mr. Z is shorter than Mr. X.” The child is able to do this despite the fact that the latter performances have not been explicitly taught and that the non-arbitrary properties of the stimuli involved do not support these performances (for instance, it is not obvious that the stimulus “Mr. X” is physically taller than the stimulus “Mr. Z”). From an RFT perspective, what is happening is that I am presenting the child with a contextual cue (i.e., “taller”) that has been previously established in the child’s learning history as controlling a particular pattern of generalized relational responding. When that cue is presented, that response pattern can be brought to bear on any arbitrarily chosen set of stimuli no matter what their non-arbitrary properties or the non-arbitrary relations between them such that all of the stimuli are brought into a coherent set of relations with each other. In this particular case, it is brought to bear on the arbitrary stimuli “Mr. X,” “Mr. Y,” and “Mr. Z.”

AARR is an archetypal example of a generalized, purely functionally-defined operant (see for example Barnes-Holmes & Barnes-Holmes, 2000). Types of operants are defined functionally, meaning that the events of which they’re made up of (like responses) are classified by their functional effects rather than their topography. In some cases, including AARR, generalized imitation (Baer, Petersen & Sherman, 1967) and novel responding (Pryor, Haag & O’Reilly, 1969), operant classes have few topographical features in common (stimuli or responses), and therefore rely more on their functional definitions. They are generalized, overarching, or purely functionally defined.

As a purely functionally-defined operant, AARR must be established a certain way. In training, the provision of multiple exemplars of exposure to differential consequences for responding in accordance with the pattern of functional relations at issue is critical. Topography should vary to as great an extent as possible across these training exemplars in order to “wash out” irrelevant elements and facilitate abstraction of the key features of the operant involved. With AARR, such key features include responding to a group of stimuli in accordance with a particular pattern under the control of one or more arbitrary contextual cues. In order to train an organism to recognize these features, one must expose the organism to exemplars that allow discrimination between the cue and irrelevant elements including the topography of the related objects. This is similar to the way that young children are taught symmetrical relations between words and objects, arguably the first and most fundamental example of generalized contextually controlled relational responding. Caregivers will often utter the name of an object in the presence of an object in the presence of an infant, then reinforce any orienting response that occurs toward the particular object. Or they may present an object to the infant, and then model an appropriate naming response. Eventually, after a sufficient number of exemplars, the generalized response pattern of object-word symmetry is abstracted away from the topography of particular objects and brought under the control of the contextual cues, so that derived symmetry with any new word-object pair becomes possible.

Symmetrical responding between words and objects is seen as an overarching response class generated by a history of reinforcement across multiple exemplars. Once this class has been acquired, the child can derive an untaught symmetrical relation from a trained relation no matter the physical features of the word-object pair involved.

The world-object relation can also be seen as a preliminary version of an arbitrarily applicable relation of sameness or coordination, since the child has been taught to treat a word and its referent as functionally similar in particular contexts. RFT also suggests that the child will learn to respond in accordance with relations of sameness that involve more than two stimuli and relations of non-sameness such as comparison, distinction, and opposition.

From the RFT point of view, learning to respond in accordance with patterns of contextually-controlled sameness involving more than two stimuli is what allows the phenomenon of stimulus equivalence. As mentioned last week, Sidman suggested that the latter involved the three properties of reflexivity, symmetry, and transivity. Reflexivity is another name for identity matching, or non-arbitrary sameness responding, which is a simpler type of relational responding that AARR in accordance with sameness, and thus highly probably to be present, given the latter. We have just described the kind of training that enables generalized word-object symmetry, and suggest that the transivity of AARR in accordance with sameness is similarly learned through multiple exemplar training. The child may learn transitive responding in the presence of cues such as “goes with” based on multiple exemplars in which is X “goes with” Y, the X (spoken word “dog”) “goes with” Z (written word “dog”) then X (spoken word) “goes with” Z (picture) and vice versa. The matching-to-sample format, which is used to probe for stimulus equivalence, likely becomes a contextual cue for AARR in accordance with sameness early on as well, since this format is employed in many early educational contexts. (One example is the typical exercise in which children are required to look at a word or picture and then to choose an appropriate corresponding word or picture from an array, perhaps accompanied by a prompt to choose the one that “matches” or “goes with” the first one.)

Arbitrarily applicable relational responding (AARR) in accordance with sameness of coordination is the first pattern of AARR to emerge, and there is empirical research with infants that charts the emergence of this pattern and shows how it can be explicitly trained (Lipkens, Hayes, & Hayes, 1993; Luciano, Gomez-Becerra, & Rodriguez-Valverde, 2007). Likewise, other patterns of AARR are learned. Consider how AARR in accordance with comparison might be acquired. In this situation, the child likely first learns to choose the physically larger of two objects in the presence of auditory stimuli such as “bigger,” and to choose the physically smaller in the presence of the stimuli such as “smaller.” Through exposure to multiple exemplars of this type of pattern coupled with these contextual cues, the relational response becomes abstracted such that it can be applied in conditions where there is no obvious formal relation; for example after being told that “Mr. A is bigger than Mr. B,” a child will be able to derive that “Mr. B is smaller than Mr. A.”

Luciano, C., Gomez Becerra, I., & Rodriguez Valverde, M. (2007). The role of multiple- exemplar training and naming in establishing derived equivalence in an infant. Journal of the Experimental Analysis of Behavior, 87, 349-365.