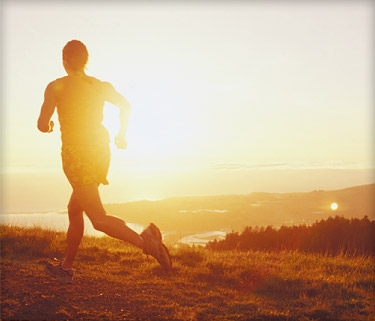 In his new book, Mindfulness for Prolonged Grief: A Guide to Healing after Loss When Depression, Anxiety, and Anger Won't Go Away, Sameet Kumar, PhD, highlights the importance of exercise as a part of the grief healing process. Research continues to show that exercise can be neuroprotective, meaning exercise can actually help protect the brain from the effects of aging and distressing mood states (Kramer et al. 2005). Studies also indicate that exercising regularly for sufficient periods of time can be as powerful as an antidepressant medication like sertraline, also known as Zoloft (Blumenthal, et al. 1999, 2007). For example, in a 2007 study (Blumenthal et al. 2007), 202 people diagnosed with major depression were divided into four groups. One group was put on the antidepressant sertraline without any exercise; one group was given a placebo drug without exercise; one group did exercise under supervision; and the final group did unsupervised exercise at home.

At the end of sixteen weeks, the researchers found that all the groups except the one receiving the placebo drug had similar reductions in depression. The group that took antidepressant medication had a faster decline in depression scores, but their final scores didn’t differ significantly from the improvement reported by the two groups that exercised. These results indicated that while exercise may take a little longer to reduce depression, in the long run it can be as effective as certain depression medications.

It’s also worth keeping in mind that the groups that exercised didn’t have to deal with the side effects of the medication. Although the researchers didn’t measure all possible side effects, it would be interesting to see whether the groups that exercised tended to sleep better, or what kinds of changes in weight and libido they might have experienced in comparison to the group taking medication.

The link between mindfulness and physical activity isn’t new. Traditionally, Buddhist monks who practiced mindfulness also begged for their food, which entailed walking from where they slept, often far outside of villages or towns, with a begging bowl and walking stick. They would go from house to house until they had enough food—often unrefrigerated leftovers from the previous day—and then walk back to their sleeping quarters. These early monks had to walk for miles to obtain food, in addition to practicing meditation for hours. This meant that physical activity was part of their practice. They didn’t need a gym, and their intensive meditation practice didn’t mean having a sedentary lifestyle—they walked everywhere, for hours each day.

Cultures influenced by Buddhism or with preexisting traditions of regular meditation practice have long recognized the importance of physical exercise. In India, meditators have also practiced hatha yoga, which has become immensely popular around the world. Hatha yoga involves a series of mindful physical movements, often timed with the breath, that help relax the body and make practitioners aware of their movements.

In China and Japan, martial arts based on circulating the vital energies of the body have been practiced by monks and laypeople who meditate regularly. Like yoga, martial arts such as tai chi, kung fu, and aikido stretch and invigorate the practitioner’s body. They are energetic complements to an otherwise sedentary meditation practice.

Research using brain scans has shown that mindfulness meditation can increase the amount of energy the brain devotes to being aware of the body, while diminishing thoughts and feelings associated with depression (Farb et al. 2007). Mindfulness can help your client feel more in touch with pleasant sensations in her body, and thereby help her mind feel less distress. From what this research on mindfulness and the brain reveals, choices she makes about how to spend her time can have a profound impact on her mood. Mindfulness meditation and exercise both seem to increase the brain’s awareness of the body. People who study the brain call this body-centered awareness somatosensory awareness. In general, the more somatosensory awareness your brain has as a result of behavioral choices, the less likely it is to focus its energy on distressing mental chatter. When your client begins meditating and exercising regularly, she gets more in touch with many different aspects of her physical health while also reducing the intensity of her stress response. As mentioned previously, becoming more aware of the body through meditation doesn’t mean focusing more on pain or feeling achy. Instead, what seems to happen in the brain as a person’s meditation practice and exercise routines crystallize over several weeks is that it gains an increased ability to experience emotional states as temporary physical sensations. This is quite different from feeling as though one’s emotional pain or physical symptoms will never go away.

To a client suffering from grief, it can feel as though she is a helpless victim of its crushing emotions. Implementing changes such as regular mindfulness meditation and exercise has the power to transform her grief into a process in which she is actively involved, rather than something that’s being done to her. As she begins to become an active participant in the choices she’s making and transitioning from victim to survivor, she will begin to feel more in touch with the active role she has in creating and re-creating her life after loss.