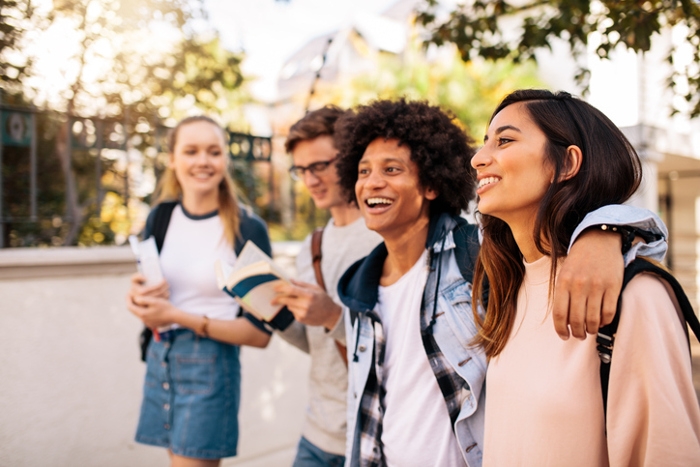 Over the past few weeks we’ve discussed the adolescent period as a time when mindfulness interventions are an especially good fit, particularly in the college setting. Patricia Broderick, PhD, author of Learning to BREATHE: A Mindfulness Curriculum for Adolescents to Cultivate Emotion Regulation, Attention, and Performance, agrees that there is ample opportunity for implementing mindfulness, particularly Mindfulness-Based Stress Reduction (MBSR) with teenagers.

According to Broderick, adolescence is a time of unique possibilities and challenges in development. Research has revealed dramatic transformations in the adolescent brain that specifically relate to education and learning. The adolescent brain undergoes the process of rewiring itself, depending on what is learned and experienced. This stage of reorganization may be particularly sensitive to inner and outer experiences related to emotions and social relationships (Blakemore, 2008).

At the same time, risk-taking behavior among adolescents is at an all-time high. But the propensity toward risky behavior is not sufficiently kept in check by a well-functioning internal monitor (prefrontal cortex), which researcher JoAnne Dahl (2004) describes as “turbo-charging the engines of a fully mature car belonging to an unskilled driver.” The pattern of neurobiological changes that occurs in adolescence may make adolescents particularly sensitive to distress during this period (Walker, 2002), and many researchers now consider adolescence to be a stress-sensitive period of development (Steinberg, 2008).

Today’s adolescents also face a host of environmental challenges that can threaten their social and emotional well-being, including:

Heavy exposure to media also presents a significant challenge to today’s teens. Media messages serve as standards for social comparison that may undermine self-esteem, mold expectations for normative behavior, and amplify values that may be at odds with those of families and communities (Comstock & Scharrer, 2006). Research in this area has shown that:

The sheer number of challenges that adolescents face in navigating this developmental stage may overwhelm their available cognitive and emotional resources, especially for those who have experienced less-than-optimal conditions in infancy and childhood. Adolescence is a sensitive period for emotional development, and the onset of many mental health problems such as depression, anxiety, eating disorders, substance abuse, and schizophrenia during adolescence highlights the need to take the well-being of youth very seriously (Paus, Keshavan, & Giedd, 2008). While research suggests that the adolescent brain is vulnerable to permanent stress-related alterations in the context of pubertal neuroplasticity, this period also can be a time for interventions and opportunities to reduce or reverse the adverse effects accumulated from earlier insults (Romeo & McEwen, 2006).

American Academy of Pediatrics Committee on Psychosocial Aspects of Child and Family Health. (2001). The new morbidity revisited: A renewed commitment to the psychosocial aspects of pediatric care. Pediatrics, 108(5), 1227–1230.

Collins, W. A. (2003). More than myth: The developmental significance of romantic relationships during adolescence. Journal of Research on Adolescence, 13(1), 1–24.

Dahl, R. E. (2004). Adolescent brain development: A period of vulnerabilities and opportunities. Annals of the New York Academy of Sciences, 1021, 1–22.

Darling, N., Cumsille, P., & Martinez, M. L. (2008). Individual differences in adolescents’ beliefs about the legitimacy of parental authority and their own obligation to obey: A longitudinal investigation. Child Development, 79(4), 1103–1118.