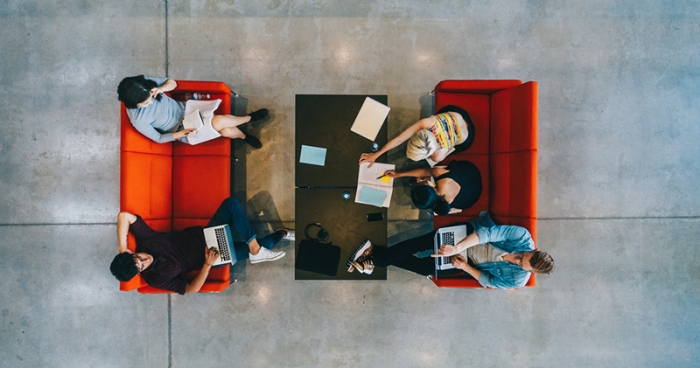 A new study published in the International Journal of Yoga Therapy entitled “iRest Yoga-Nidra on the College Campus: Changes in Stress, Depression, Worry, and Mindfulness” (Eastman-Mueller, Wilson, Jung, Kimura, and Tarrant, 2013) found that the iRest yoga nidra program, developed by psychologist Richard E. Miller, may reduce symptoms of perceived stress, worry, and depression while increasing mindfulness-based skills among college students. In the study, students participated in two hours of the yoga nidra program for a period of eight weeks.

Previous literature indicates that programs of mindfulness-based practice and restorative yoga allow for clinically significant reductions in anxiety and stress, in addition to providing other health benefits and improvements in general psychological wellness. Mindfulness programs focus on two primary goals: to cultivate the ability to see one’s experiences from an observer’s perspective, and to nurture nonjudgmental acceptance of those experiences, without attempting to change or act on them. Grounded in these principles, iRest utilizes deep relaxation, mindfulness meditation, body-awareness, and the koshas, or layers of self, to frame participants’ practice.

The research sample, comprised of both undergraduate and graduate students, had 66 participants for the mindfulness scales and 40 for the stress, worry, and depression scales. Both quantitative and qualitative measurements were taken to determine the efficacy of the program. Participants took part in a series of surveys before and after their eight weeks of yoga nidra practice, measuring four key variables: perceived stress, depression, worry, and mindfulness. Study participants also took part in a four-item qualitative assessment that asked them to describe their experiences with the program both in and out of class.

Participants were asked to identify inner resources, heartfelt desires, and intentions to guide them through their practice. Each class included body relaxation and breath awareness, leading participants into deeper progressive muscle relaxation as they worked through difficult or conflicting emotions using mindfulness.

Ultimately, the study found that participants completed the study feeling more relaxed, calmer, aware of their bodies, and better able to sleep and manage their emotions (Eastman-Mueller et al. 2013). Those who ranked in the top 10% of depression symptoms appeared to experience the greatest benefits to both worry and perceived stress. The iRest intervention findings are consistent with previous studies suggesting that a structured yoga nidra program can improve mindfulness skills and decrease symptoms of anxiety, depression, and worry, though more extensive research is necessary.