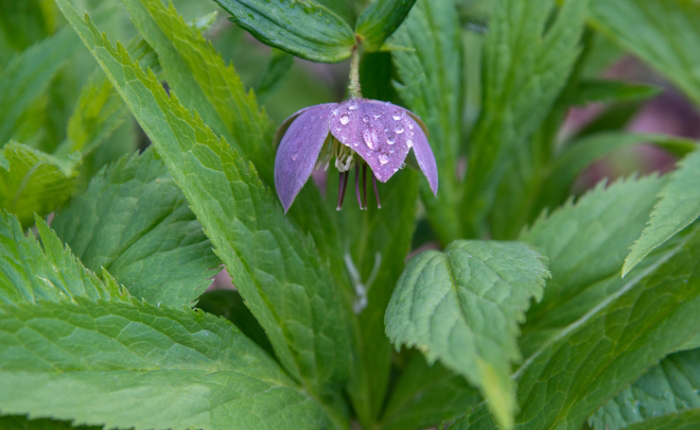 While mindfulness is one of the chief strategies for alleviating the symptoms of obsessive compulsive disorder (OCD), which is used to call attention to the body and mind without judgment or evaluation, in some cases, the brain can be too aware. Hyperawareness OCD, one of the subtypes of obsessive compulsive disorder, is essentially mindfulness hijacked by obsession.

As Jon Hershfield and Tom Corboy discuss in their new book, The Mindfulness Workbook for OCD, this subtype of OCD is an obsession with mindfulness, with being in the present moment. However, a person with dealing with hyperawareness OCD is ultimately pulled from that moment by the desire to resist thoughts and observations. Take, for example, a preoccupation with a perfectly normal involuntary body phenomenon, like eye floaters. For the average person, an eye floater may call a passing thought to mind; however, that thought will probably be dismissed as just that: a passing thought. In the hyperaware OCD brain, that eye floater becomes a somatic obsession. It’s noticed and noticed again, giving rise to thoughts like: “Why do I keep noticing this?” “No one consciously thinks about this—why do I?” And “why can’t I stop?”

Somatic obsessions (or sensorimotor or somatoform obsessions) are intrusive thoughts that call attention to processes like awareness of breathing, blinking, swallowing, body positioning, physical sensations, ringing in your ears, or awareness of normal occurrences like itching, being full, or your pulse.

Perhaps surprisingly, mindfulness is one of the most powerful skills that can be used to alleviate distressing symptoms of hyperawareness OCD. Remember that while mindfulness brings attention to body sensations, it is the OCD brain, not mindfulness itself, that hijacks these somatic experiences to turn them into obsessions; compulsively replaying a thought about breath awareness is not the same as noticing your breathing during meditation or yoga. Key to the treatment of hyperawareness OCD is reclaiming mindfulness.

Shop for books on OCD

Perhaps moreso here than in any other kind of OCD, mindfulness is the key. The greatest exposure for this type of obsession is acceptance. It’s as if the OCD has opened a window to a view where you were previously unaware there was a window or a view. In this analogy, by resisting what you see in the window—and the existence of the window itself—you expose yourself to more anxiety. It is the resistance, not the window, that causes so much distress.

By the very nature of the mechanisms of somatic obsessions, this subtype of OCD can be terrifying: the sensation of hearing, rather than thinking thoughts, leads them to believe they’re “going crazy.” But Hershfield and Corboy assure that this couldn’t be further from the truth: somatic obsessional thoughts just seem “louder.”

One of the most effective methods for harnessing mindfulness and relieving the distressing symptoms of hyper awareness OCD is meditation. Even if you have an obsession with the awareness of your breaths, the mental exercise you get from practicing meditation will eventually allow you to detach yourself from thinking about thinking about breathing in order to refocus your attention to the present moment—truly. According to the authors, it can help to be mindful of whether you’re attending or overattending to the present moment; if you’re over attending, to “acknowledge that your mind has taken the act of meditation and shifted it to a performance review.” Through meditation, you practice not minding the thoughts that come to you. By disengaging from the implications of the thought—the idea that you shouldn’t be thinking it—you can come to see it for what it is: a passing moment or observation that means nothing once the meaning you give it is taken away.