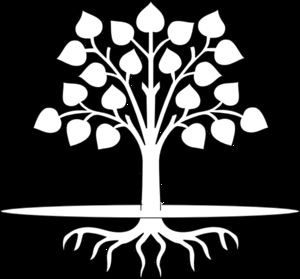 In our last several posts, we’ve been talking about a transdiagnostic approach to treatment that focuses on underlying psychological mechanisms rather than symptom-based protocols that prescribe different treatment interventions for separate disorders. Today we’ll take a look at some examples of the models that have been developed thus far for putting this approach into practice.

Even the self-help community has moved toward transdiagnostic solutions, including a guide to reducing perfectionism (Shafran et al., 2010) and a protocol for improving emotion regulation and overall coping (McKay et al., 2011) by integrating skills from acceptance and commitment therapy (ACT), cognitive behavioral therapy (CBT), and dialectical behavior therapy (DBT).

Some transdiagnostic models focus exclusively on only one or two underlying processes, such as self-focused attention (Ingram, 1990), emotion dysregulation (Suveg et al., 2010), or cognitive fusion and experiential avoidance (S.C. Hayes et al., 2012). Despite the groundbreaking impact of these theoretical models and corresponding treatment protocols, they do not guide clinicians in considering how multiple psychological processes—including processes not included in those models—might interact within singular and comorbid clinical problems.

Similarly, categorizing systems for transdiagnostic processes (e.g., Harvey et al., 2004) have been useful in illuminating etiological and functional commonalities across different disorders that can inform potential interventions, but they do not provide guidance on how to incorporate transdiagnostic considerations into comprehensive assessment and treatment planning in actual practice.

Transdiagnostic perspectives reflect an appreciation of the fact that common psychological processes drive seemingly different clinical disorders. However, they do not offer a truly individualized and comprehensive approach to understanding and treating the person behind the presenting problem. Case formulation models do offer this, though they offer little direction on how to identify specific mechanism hypotheses within the broader range of options that have been established via empirical research on psychological mechanisms and the treatments that target them. The need for an understanding of transdiagnostic processes that is applicable to clinical settings is clear. Therapists and patients alike would benefit from practical guidelines for: understanding presenting problems within a comprehensive context; developing hypotheses about the mechanisms underlying patients’ problems; and selecting interventions to effectively target those mechanisms, facilitate achievement of treatment goals, and improve patients’ functional abilities and quality of life.

One approach to addressing this need is The Transdiagnostic Road Map to Case Formulation and Treatment Planning: Practical Guidance for Clinical Decision Making by Rochelle Frank, PhD, and Joan Davidson, PhD. Like most evidence-based practitioners, Frank and Davidson recognized how difficult it can be to stay abreast of the scientific literature in terms of determining which psychological mechanisms might be driving presenting problems, and which interventions would be most effective and appropriate for any given patient. Their response to this need was to develop the construct of transdiagnostic mechanisms (TDMs), which integrates principles from the literature on transdiagnostic processes and psychological mechanisms with current knowledge about theory-driven and disorder-based treatments.

Frank and Davidson began by defining TDMs as underlying vulnerabilities and patterns of responses that are hypothesized to trigger and maintain cognitive, behavioral, emotional, and physiological symptoms and functional impairments across diagnostic categories. They also developed a unique classification system which helped practitioners target specific TDMs in treatment and then select interventions based on which actions would target the patients specific mechanisms. According to the authors, identification of TDMs is the driving force of transdiagnostic case formulation. Their clinical road map guides clinicians through the entire process from intake through termination.

Similar to other case formulation models which we’ve discussed in this and previous posts, Frank and Davidson’s road map is rooted in scientific principles and empirical methods, and relies on the continuous feedback cycle of collaborative and ongoing assessment of presenting problems and symptoms, monitoring of patient responses to interventions, and testing of transdiagnostic mechanism hypotheses.