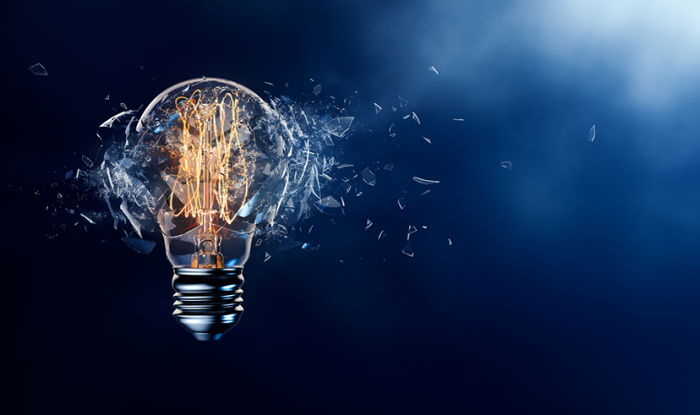 By Steven C. Hayes, PhD, author of Get Out of Your Mind and Into Your Life

I was in Oakland a couple of weeks ago to celebrate the 40th anniversary of New Harbinger Publications (my good friend Matt McKay started it and they published my popular book Get Out of Your Mind and Into Your Life so I am a bit of a New Harbinger fan). They were a pretty excited bunch, not because I’d shown up but because their book The Untethered Soul was back at #1 on the New York Times bestseller list.

The Untethered Soul is one of those backlist anomalies like Eckhart Tolle’s Power of Now, that just happen to hit a chord. The book sits among New Harbinger’s usual list of clinical guides, workbooks, and evidence-based self-help books, but it is a bit different. The founder of a multimillion-dollar software company, Michael Singer, wrote it for the lay reader. It claims no particular modality or theory – instead it offers a kind of spiritual narrative, citing bits from ancient yogic texts as resources and evidence.

In that perhaps it is like a lot of books in that genre, but as I read it I’m struck by the degree to which its wisdom is supported by modern clinical science. It beautifully expresses some of the ideas that empirically based treatments have carved out and tested over the last few decades. Because I’ve been involved in its development, I can most easily relate its ideas to Acceptance and Commitment Therapy (ACT) and the underlying basic science on which ACT stands, which an international community of clinicians and researchers has spent about 30 years creating and testing.

The goal of acceptance and commitment therapy is to increase psychological flexibility – the ability to contact the present moment more fully as a conscious human being, and to change or persists in behavior when doing so serves valued ends. Psychological flexibility is established through six core processes, which are skills one develops to become more flexible.

In The Untethered Soul the very first chapter is a lesson in cognitive defusion, one of those six core processes.

In case you haven’t noticed, you have a mental dialogue going on inside your head that never stops. It just keeps going and going. Have you ever wondered why it talks in there? How does it decide what to say and when to say it? How much of what it says turns out to be true? How much of what it says is even important? And if right now you are hearing, “I don’t know what you’re talking about. I don’t have any voice inside my head!”—that’s the voice we’re talking about.

If you’re smart, you’ll take the time to step back, examine this voice, and get to know it better. The problem is, you’re too close to be objective. If you spend some time observing this mental voice, the first thing you will notice is that it never shuts up. When left to its own, it just talks.

Certainly this idea of “stepping back” is not new. Every mystical tradition in every major spiritual tradition has addressed it. The ancient practices of meditation and yoga have been taught for thousands of years in the east to develop the skill to watch the mind rather than get caught up in its relentless fluctuations. The use of silence, koans, chants, dancing, mantras, prayer, fasting and other methods are all to a degree linked to this process.

The importance of stepping back from the mind and learning to watch it is true of many forms of psychotherapy as well, even in forms of therapy that one might not think of first as based on that approach, such as behavior therapy and cognitive behavior therapy. When ACT was developed in the early 1980s as part of these traditions it embraced cognitive defusion as a keystone skill in creating more psychological flexibility. As one of the first popular books on the topic, when we published Get Out of Your Mind and Into your Life in 2005, we urged people to consider this approach. Instead of trying to change the form or frequency of thoughts, ACT uses “cognitive defusion” techniques to change the undesirable functions of thoughts. When you change how you related to the voice within, many of its unhelpful functions are diminished.

The idea of reducing cognitive fusion is so powerful that there are literally scores of such techniques that have been developed for use in clinical settings. For example, a negative thought could be watched dispassionately, repeated out loud until only its sound remains, or treated as an externally observed event by giving it a shape, size, color, speed, or form. A person could thank their mind for such an interesting thought, label the process of thinking (“I am having the thought that I am no good”), or examine the historical thoughts, feelings, and memories that occur while they experience that thought. These techniques attempt reduce the literal quality of the thought, weakening our automatic tendency to treat thought as meaning what they refers to (“I am no good”) rather than what it they are directly experienced to be (“I am having the thought that I am no good”).

We now know that reducing cognitive fusion can be a powerful contributor to psychological health. A recent summary of the research in the area (Levin et al., 2012) found that even single session interventions designed to reduce fusion produced a change that was just under the cut off agreed to among researchers for “large effects.” Furthermore, in important clinical interventions for problems such as anxiety people get better in part when they first they learn to reduce cognitive fusion (e.g., Arch et al., 2012). In other words, Singer is not just speaking from his heart: he is speaking directly to scientifically established ideas about how the mind works. I’ve never met the man. I’m not sure he knows that. But it is important that readers know it. There is a science underneath The Untethered Soul.

The result of cognitive defusion is usually a decrease in believability of, or attachment to, private events rather than an immediate change in their frequency. Or, in other words, as Singer says it:

The best way to free yourself from this incessant chatter is to step back and view it objectively. Just view the voice as a vocalizing mechanism that is capable of making it appear like someone is in there talking to you. Don’t think about it; just notice it. No matter what the voice is saying, it’s all the same. It doesn’t matter if it’s saying nice things or mean things, worldly things or spiritual things. It doesn’t matter because it’s still just a voice talking inside your head. In fact, the only way to get your distance from this voice is to stop differentiating what it’s saying. Stop feeling that one thing it says is you and the other thing it says is not you. If you’re hearing it talk, it’s obviously not you. You are the one who hears the voice. You are the one who notices that it’s talking.

In the last part of that quote Singer begins to touch another flexibility process: perspective taking and the importance of distinguishing the person who is aware from the content of which one is aware. I will discuss that in a later blog.

The idea of freeing oneself from the constant activity of the mind is not only refreshing but also a quite realistic skill to develop through exercises used not only in ACT but across the board in modern psychotherapy in methods such as Dialectical Behavior Therapy (DBT), or Mindfulness-Based Cognitive therapy, and the like. Defusion is not the only way out of suffering – but it is one of key stepping stones. Developing the skill to “step back” is an incredibly useful tool toward living life on your own terms, not just on the terms dictated to you by the voice within.