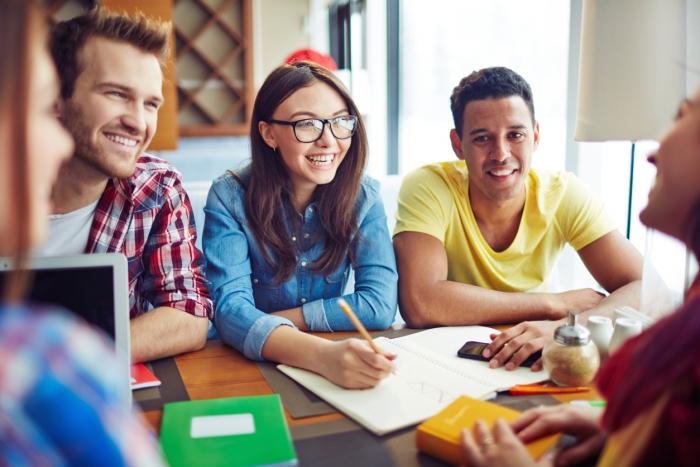 In their book, The Thriving Adolescent: Using Acceptance and Commitment Therapy and Positive Psychology to Help Teens Manage Emotions, Achieve Goals, and Build Connection, Louise Hayes, PhD, and Joseph Ciarrochi, PhD, provide many metaphors and different ways to help young people use their model, DNA-V (Discoverer Noticer Advisor – Values), to gain psychological flexibility in their lives. Let’s take a look at how their primary metaphors, the discoverer, the noticer, and the advisor, can be used to guide young people.

The discoverer finds new ways to be in the world. When people are in discoverer space, they’re behaving in ways that allow them to grow, learn, and expand their behavioral repertoire. Verbal behavior is often tied to the physical actions of testing and exploring.

Imagine that you stand at the border of a wondrous country, one that has everything you could possibly find interesting. It has libraries, water parks, fascinating people, music, dance, museums, a range of entertainment, parks, zoos, and restaurants with every cuisine. It has thriving forests with a wide variety of animals and plants, many of which you’ve never seen before. It has every kind of game and sport imaginable. Sounds awesome, right? However, this country also has dangers, such as poisonous animals, con artists, muggers, and hostile gangs. The challenge is this: The discoverer has no maps or guidebooks for this new country. Instead, the discoverer must rely on trial and error to find the fulfilling things and avoid the dangerous ones. The discoverer’s journey is both exciting and scary.

The noticer senses physical and psychological events as they occur and uses the five senses to receive information from the environment. When in noticer space, people are behaving in ways that allow them to receive information from the world through sight, taste, sound, touch, and feel, and through their physical reactions and emotions. The noticer allows inner experience to come and go, rather than trying to change it or cling to it. It’s essentially a neutral observer.

Noticing creates the space between internal experiences (feelings and thoughts) and outward behavior, offering an opportunity to choose a behavior rather than “having to” react when difficult feelings and thoughts show up. When we don’t automatically react to our inner experience, we’re often able to better choose actions in the service of what we care about. Developing our noticer skills is the key to breaking free from old patterns of behavior that are no longer working. Noticer space can often be likened to a car’s neutral gear. When noticing, people aren’t necessarily moving forward (discoverer) or looking back (advisor). Rather, they’re just taking a look around.

For the noticer, feelings and thoughts are like the weather. The noticer observes them and allows them to flow, just as the weather does. The noticer stands back from the scene, witnessing everything that’s happening without seeking to change things. The noticer uses all senses and bodily reactions to take everything in. Emotions come and go without automatically provoking reactions. Anger doesn’t automatically lead to hitting, fear to fleeing, or shame to withdrawing from other people.

The advisor formulates verbal conclusions about the present context based on what it has been taught or what has worked in past circumstances. For example, young people who are physically abused at home may assume that they face the same risk of abuse at school. We might say the advisor forms the rule “People are dangerous.” Consequently, they may act guarded, withdrawn, and fearful both at home, where it’s adaptive, and also at school, where it’s usually less adaptive.

When in advisor space, people avoid engaging in trial and error experience with the world and instead behave in ways that have historically allowed them to gain rewards or escape aversive stimuli. They rely on past learning, teachings, judgments, verbal rules, reasoning, or problem solving. So the young person who’s experienced abuse feels she “knows” that people are not to be trusted and therefore avoids relationships and the risk of further abuse. But she also misses opportunities to forge friendships, gain support, and broaden her life.

The advisor is like a GPS in a car. It seeks to guide you quickly to where you want to go. It saves you time by preventing you from going in the wrong direction, and it sometimes helps you avoid fatal mistakes, like driving off a cliff. However, a GPS is sometimes unhelpful. For example, imagine you’re using a GPS to get to the beach, but it instead guides you to a swamp. Now what do you do? If you remain in advisor space, you’ll act as if what the GPS is telling you is literally true. It says, “You have arrived at the beach.” Consequently, you act as if the swamp really is the beach and go for a “refreshing swim” in the smelly, green water.

For more, check out The Thriving Adolescent by Louise Hayes, PhD, and Joseph Ciarrochi, PhD.