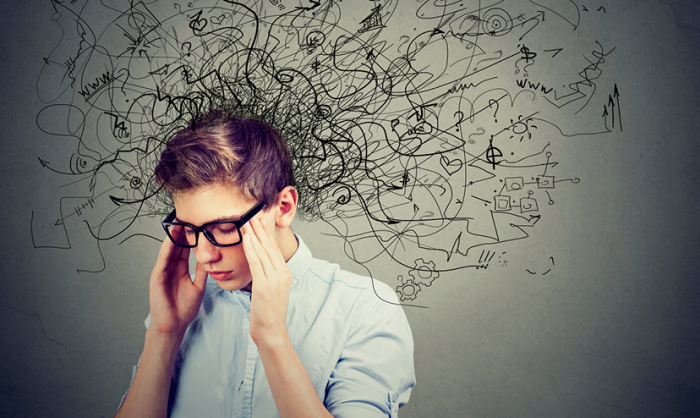 By Alex Korb, PhD, author of The Upward Spiral Workbook

When I first started writing a book about the neuroscience of depression, my editor asked me why I spent so much time explaining how the brain works. She emphasized that most people didn’t want to understand the science; they just wanted to know what to do to feel better. Well it turns out that in depression, you can’t always do something to feel better at every moment. Yet simply understanding the neurobiological basis of what’s happening can in fact be a very powerful force in overcoming depression.

Many people with depression blame themselves, or feel a stigma about being depressed. But that shouldn’t be the case. Depression is a disorder rooted in biology—and you can’t really be blamed for your biology. Helping people understand the truth about how their brain works can reduce self-blame as well as stigma, and you can be the one to teach them.

The connection with depression and the brain is a nuanced story. First, in trying to convince people that depression is a biological condition, you may be unwittingly working against yourself. Because once people understand that it’s biological, they think that it won’t change. Studies have shown that when people attribute depression to biology they start to think that their symptoms will persist no matter what they do. If it’s just their biology, then people assume that they don’t have any control (Lebowitz & Ahn, 2015). But that’s an incorrect assumption.

It’s true that depression has a biological basis, but it’s also true that your biology is malleable and can be reshaped. For example, your client may have genes that put them at risk for depression, but genes are not destiny. They are not a blueprint for how you will turn out. They merely create an initial likelihood for your brain to develop in a particular way. But genes can be turned on or off, or upregulated or downregulated. Just because you have a gene that confers greater risk for depression doesn’t make you damaged goods.

Furthermore, your brain activity and chemistry can be changed by making small changes in your thoughts, actions, interactions, and environment. If these changes are repeated over time, they can lead to neuroplasticity that literally reshapes the brain, and even results in the growth of new neurons.

Teaching people both that there is a biological basis for depression, and that their biology is malleable, helps to decrease stigma and pessimism (Lebowitz & Ahn, 2012, 2015). It can even create greater personal agency, allowing people suffering from depression to participate more in their own recovery.

There are dozens of small ways to change the brain’s activity and chemistry. Some involve high-tech interventions developed in a lab, like transcranial magnetic stimulation (TMS) or ketamine. But many methods to change brain activity and chemistry simply involve small life changes, like gratitude, physical exercise, mindfulness, deep breathing, social interaction, sleep habits, and more.

For example, the simple act of visualizing the happier times in your life changes production of serotonin in a key mood circuit (the anterior cingulate cortex) (Perreau-Linck et al., 2007). Other studies show that just ten minutes of moderate exercise is sufficient to change the reactivity of the habit portion of the brain, making it easier to resist bad habits (Janse Van Rensburg, Taylor, Hodgson, & Benattayallah, 2009). Furthermore, repeating exercise over time, even light exercise, not only improves mood in depression, it also reduces the stress hormone cortisol (Nabkasorn et al., 2006). These are just a few examples, but as I mentioned before, there are dozens of small life changes you can make that will alter the neural circuits that contribute to depression.

Teach your clients about their brains, but help them understand the truth: that depression is rooted in biology, and that their biology can be reshaped. This deeper understanding of the neuroscience of depression helps create a new path upward out of the depths of depression.

Alex Korb, PhD, is a neuroscientist who has studied the brain and mental health for over fifteen years, starting with an undergraduate degree in neuroscience from Brown University. He received his PhD in neuroscience from the University of California, Los Angeles (UCLA), where he wrote his dissertation and numerous scientific articles on depression. He is author of The Upward Spiral, and is currently adjunct assistant professor at UCLA in the department of psychiatry. Outside of the lab, he is a scientific consultant for the biotech industry, and is head coach of the UCLA Women’s Ultimate Frisbee team. He has a wealth of experience in yoga and mindfulness, physical fitness, and even stand-up comedy.