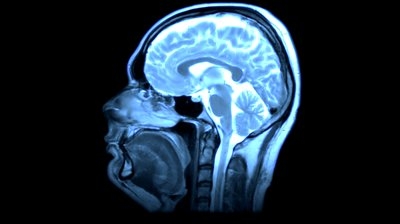 Psychotherapeutic modalities such as cognitive behavioral therapy (CBT) and acceptance and commitment therapy (ACT) have proven to be effective for a range of psychiatric and psychosocial difficulties including depression, anxiety disorders, substance abuse, eating disorders, and personality disorders. But when it comes to treating psychosis, CBT and other forms of psychotherapy have historically received less attention, owing to the traditional reliance on pharmacological strategies for treating psychotic disorders. In parallel, there has often been an assumption that individuals affected by psychosis cannot benefit from psychotherapy.

However, given that at least 50 percent of individuals diagnosed with schizophrenia experience persistent and distressing psychotic experiences despite adequate medication management and adherence (Robinson, Woerner, McMeniman, Mendelowitz, & Bilder, 2004), the need for additional treatment strategies is paramount.

This urgency for novel treatments is all the more pressing when the economic and social costs of psychotic disorders are considered. Although psychotic disorders affect less than 1 percent of the general population, in Canada schizophrenia alone accounts for an estimated CAD$1.12 billion in direct health care and non–health care costs (Canadian Psychiatric Association, 2005). Similarly, a recent review conducted in the UK concluded that the total cost per year of schizophrenia was £8.8 billion. Although less prevalent, costs for affective psychotic disorders were similar at £5.0 billion per year (Kirkbride & Jones, 2011). Finally, a US study examining costs of various chronic illnesses among a Medicaid dataset found that psychosis was the most costly chronic condition to treat per individual on an annual basis (Garis & Farmer, 2002). Costs to treat psychosis on a yearly basis exceeded costs associated with cardiovascular illness and diabetes. Importantly, psychosis was noted to be a contributing factor in approximately 70 percent of the most costly chronic illness co-occurrences. Economic costs aside, psychotic disorders are associated with significant morbidity and mortality and extensive disability in occupational, social, and day-to-day functioning as well as overall quality of life.

Finally, though not often directly considered, the disability associated with psychotic disorders often requires that family members become involved in care. This involvement frequently strains the family’s emotional and financial resources, leading to burnout and other negative impacts on quality of life and psychological well-being. Clearly, it is important to expand treatment approaches and maximize outcome, particularly with individuals persistently distressed by psychotic experiences.

Psychotic experiences, such as hallucinated voices and delusions in addition to difficulties with respect to thought, behavior, and emotion, can be observed transdiagnostically. Delusions are defined as erroneous beliefs that usually involve a misinterpretation of perceptions or experiences (in the Diagnostic and Statistical Manual of Mental Disorders, or DSM–V; American Psychiatric Association, 2013). While delusions can encompass a number of themes, the most frequently reported relate to notions of paranoia and/or persecution—for example, “the CIA is setting me up”—and reference a belief that random events, objects, or behaviors of others are relevant to the individual. Other common delusions include those of a somatic, religious, or grandiose nature. Delusions are frequently, but not always, judged to be bizarre by the clinician. Care must be taken to evaluate a delusional belief in the context of an individual’s cultural norms, practices, and beliefs.

While schizophrenia is the diagnosis most closely associated with symptoms of psychosis, symptoms of psychosis including delusions and hallucinations are a core feature of a number of different classifications including schizophreniform disorder, schizoaffective disorder, brief psychotic disorder, and delusional disorder. In addition, psychotic experiences can also be a primary feature of mood disorders such as bipolar disorder and, less frequently, major depressive disorder. Moreover, severe forms of post-traumatic stress disorder (PTSD), obsessive-compulsive disorder (OCD), body dysmorphic disorder, anorexia nervosa, hypochondriasis, and some personality disorders can present with psychotic features, particularly with respect to insight around the nature and severity of symptoms.

Although traditional notions of psychosis reflect a decidedly categorical approach, Nicola Wright, PhD, and Douglas Turkington, MD—coauthors of Treating Psychosis: A Clinician’s Guide to Integrating Acceptance and Commitment Therapy, Compassion-Focused Therapy, and Mindfulness Approaches Within the Cognitive Behavioral Therapy Tradition—propose that it may be advantageous to conceptualize psychosis along a continuum.

This stance is born from the observation that, when looking at the clinical presentation of individuals with psychotic disorders, it is often the case that the core presenting symptoms reflect exacerbation of psychological, perceptual, or behavioral processes that were present long before the functional impact of these symptoms reached that of a diagnosable mental illness (Linscott & Van Os, 2010). In addition, psychosis-like experiences are prevalent among normative samples, free of serious mental illness (Linscott & Van Os, 2010).

Studies that have sought to determine the prevalence of hallucinations in both normative student samples and nonclinical adult populations have by and large found that a considerable proportion of individuals experience hallucinations at some point in their lives (Beck, Rector, Stolar, & Grant, 2009). For example, it is well documented that auditory, visual, and tactile hallucinations readily occur in healthy individuals during transition from awake and sleep-states and vice versa. In addition, mild sleep deprivation will evoke both auditory and visual hallucinations (Ali et al., 2011). Likewise, the experience of delusion-like ideas or beliefs appears to be fairly common. Notably, a recent review by Linscott & Van Os (2010) concluded that specific psychotic experiences, including both delusions and hallucinations, are three to 28 times more prevalent in the general population than schizophrenia itself.

Taken together, these data strongly suggest that psychotic experiences exist along a continuum, the presence of which does not automatically suggest or confer functional impairment or illness. Indeed, we suggest that psychotic experiences need only be addressed to the extent that they distress individuals and distract them from carrying out lives lived in the service of identified valued directions, such as establishing and maintaining both platonic and romantic relationships, connecting with extended family, maintaining physical health, fostering volunteer work or paid employment, taking time for leisure and relaxation, or pursuing educational opportunities. Wright and Turkington assert that this stance toward psychotic experiences enhances clients’ perceptions of safety in therapy, reduces stigma, and encourages their self-compassion and the forging of a strong therapeutic alliance. This is particularly important given the relatively high incidence of trauma experienced by this population (Schäfer & Fisher, 2011). Indeed, the negative reactions of others toward psychotic experiences as well as the self-stigma around the presence of psychotic experiences themselves often comprise a secondary form of trauma that greatly impedes clinical progress (Bendall, McGorry, & Krstev, 2006).

Next week we will continue our discussion of psychotherapy for psychosis with the protocol presented in the new book by Wright, Turkington, and coauthors, which integrates ACT, compassion-focused therapy, and mindfulness approaches with the traditional framework of CBT.