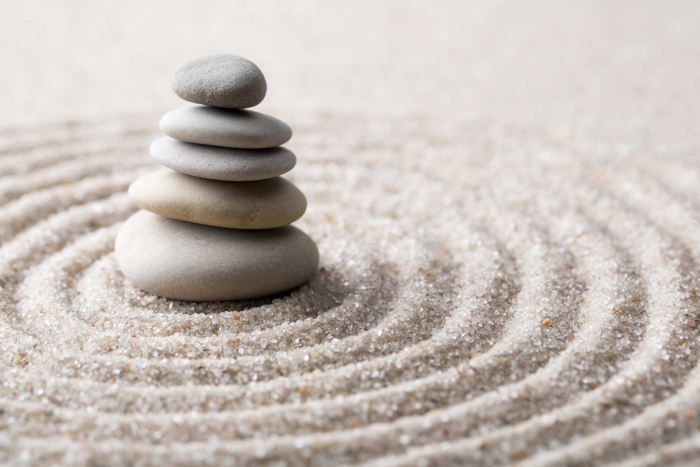 In his story “The Three Hermits,” Tolstoy tells of an archbishop, sailing among remote islands to spread the Gospel, who comes upon an island inhabited solely by a trio of hermits who have never known other society, much less the word of God. He teaches these men to recite the Lord’s Prayer and sets sail, quite pleased with himself at the great gift he has just bestowed. Soon after, he observes a glow on the horizon in the direction from whence he’d come, drawing steadily nearer to his ship. It is the three hermits, walking on water. They call out to him, innocently and apologetically, “We have forgotten your teaching, Oservant of God. We cannot remember any of it. Please teach us again!” (Tolstoy, 2005).

While engaged in bringing mindfulness to clinical work, let us not be like this self-satisfied archbishop. The fundamental aspects of mindfulness—present-moment awareness; a spirit of openness, curiosity, and acceptance to what emerges from moment to moment; and a sense of kindness and compassion for self and others—have not been invented for psychoanalysis by newly minted “mindful” analysts. They are and always have been inherent in psychoanalytic work, albeit expressed in different ways by the giants of the field. For example:

Buddhist teachers seek to disabuse their students of the sense that the “enlightenment” they pursue is some esoteric experience. Harada Sogaku, a Zen master in the nineteenth and twentieth centuries, is said to have remarked, as his death drew near, “For forty years I have been selling water by the river. Ho, ho! My labors have been wholly without merit!” (Kapleau, 2000)—a typically wry Zen expression of the fact that what he has to teach has been there in all of us all along, is never not there. In a similar sense, it is important to emphasize that those attributes and attentional choices we call “mindfulness” are, for any experienced and devoted clinician, already present somehow in the self he or she brings to the work.

Nevertheless, at the entrance of many Zen monasteries one finds the Evening Gatha, a prayer making it clear that something far more important than water-by-the-river, something not gratuitous at all, is being offered: “Let me respectfully remind you that life and death are of supreme importance. Time passes swiftly by and opportunity is lost. Take heed. Each of us should strive to awaken. This night your days are diminished by one. Do not squander your life.” And so, while the qualities we call “mindfulness” are to be found innately in psychoanalytic work, still there is particular value in considering them more closely.

Jon Kabat-Zinn is one of the most influential figures of our time in promoting mindfulness-based approaches in health care, and he is the developer of the now universally taught meditation curriculum mindfulness-based stress reduction (MBSR). He has defined “mindfulness” as “moment-to-moment awareness” (1990) and later elaborated on that: “paying attention in a particular way: on purpose, in the present moment, and non-judgmentally” (1994).

Recalling the hermits, let us distinguish between being mindful, which is a way of living, and mindfulness practice, which refers to a set of methods employed to attain that way of living. A colleague describes a patient who, unfamiliar with any form of meditation, begins each session by sitting in silence for a few minutes, breathing, collecting himself, so that he can truly speak from where he is at the moment.

There is also the distinction between introducing mindfulness practice to one’s patients in the sense of guiding them toward a helpful, complementary adjunctive process and actually combining it with the in-session work of analytic psychotherapy. To have the same person as your psychoanalyst and meditation teacher might risk complicating and even undermining the pure experience of the meditation teaching, not to mention whatever complications develop within the analytic work because of such dual-role behavior. So the “mindful” analyst might bring mindfulness to her patients most seamlessly and deeply in ways other than teaching it herself.

In his contribution to Mindfulness, Acceptance and the Psychodynamic Evolution, Michael Fayne, PhD, writes, “We generally find with our patients that the truly formative factors in their relationships, be they parental or therapeutic, are the nonverbalized, nonconceptualized internalizations of the other’s deepest qualities. This is what shapes them the most.” So with mindfulness, it’s probably not so much what the analyst says as who he is, how he lives, that is most influential. And one can bring mindfulness to bear very powerfully in a session without the words “mindfulness” or “meditation” ever being uttered. In other words, there are multiple levels on which the practice of mindfulness can arrive in the analytic field, beyond overt and directed introduction.

The analyst can hold key aspects of mindfulness in conscious focus and, without formally introducing or discussing them, be inclined to put more focus on themes of present-moment-awareness, acceptance, detachment, impermanence, compassion, and as they present themselves in the session’s material. But for mindfulness to arrive in sessions, Fayne argues, the most natural and common way is that the analyst’s personal practice of meditation will be present as it influences her own life, without her necessarily holding any conscious plan to bring this part of her personal quest into the work.

Next week we’ll talk more about the profound common purpose that is shared between the psychoanalytic exploration of the self and the sort of self-discovery that occurs in mindfulness practice.

Kabat-Zinn, J. (1994). Wherever You Go, There You Are: Mindfulness Meditation in Everyday Life. New York, NY: Hyperion.

Tolstoy, L. (2005). The three hermits. In Master and Man and Other Stories. London, England: Penguin Books.