By Jamie A. Micco, PhD

Avoidance of feared situations is a core feature of anxiety disorders. While avoidance is usually pretty easy to detect, some forms of avoidance are not so obvious. Indeed, some anxious kids may not overtly avoid a situation, but are sure to take specific actions to prevent a bad outcome. These actions are known as safety behaviors.

Safety behaviors are particularly hard to spot because they can be helpful coping strategies under some circumstances. Thus, a good rule of thumb for identifying a safety behavior is to determine if:

Consider Niko, a teen who worries a lot about her schoolwork. Watch how her therapist determines that she is engaging in a safety behavior (over-preparation) while also setting the stage for later exposure/response prevention work:

Therapist: So, you have about six hours of homework a night—do your friends spend that much time, too?

Niko: I don’t ask them about how long they work, but I kind of doubt they do six hours, no.

Therapist: What usually happens during your study time?

Niko: If I have a test, which I usually do, I write my notes from class over again and then make a study guide. I do best if I read chapters for science and history at least twice. I ask my mom to quiz me a lot.

Therapist: What would happen if you cut back your study time by, say, twenty-five percent? That would be more like four and a half hours.

Niko: That is seriously terrifying. It’s been working for me to do it this way—I’ve gotten all As this year.

Therapist: Then maybe it’s time to see what happens if you let go of over-preparing. 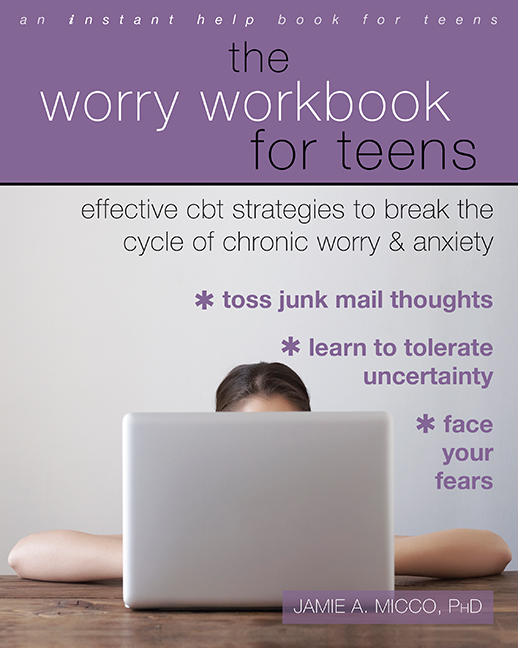 Jamie A. Micco, PhD, is a licensed psychologist in private practice in Concord, MA, and a lecturer in psychology at Harvard Medical School. After completing her clinical and research training at the Center for Anxiety and Related Disorders, she was a staff psychologist at Massachusetts General Hospital, where she most recently served as the director of an intensive cognitive behavioral therapy (CBT) program for youth with severe anxiety. Micco specializes in CBT for children, adolescents, and adults with anxiety disorders, obsessive-compulsive disorder (OCD), and depression.