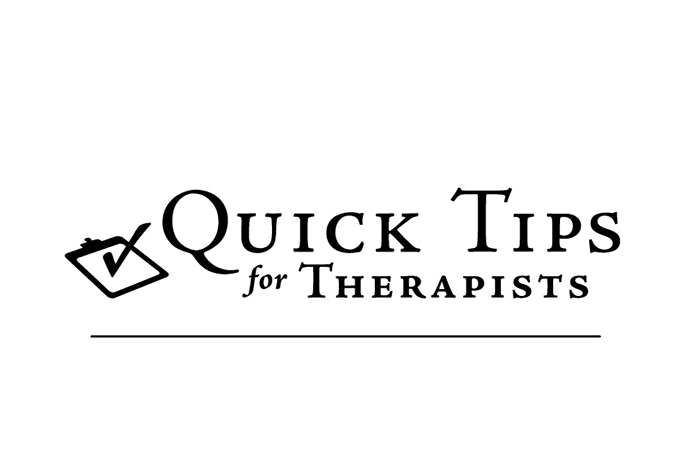 Clients with obsessive-compulsive disorder (OCD) often fail to recognize the role mental rituals play in maintaining their symptoms. Because they may not already be educated about the existence of mental rituals, they may not bring them up in the initial assessment. This can lead to confusion over why efforts to resist overt physical compulsions have not led to an overall reduction in their suffering. One could resist excessively washing one’s hands, but overcoming contamination fears is unlikely to occur while one is mentally reviewing whether or not their hands might be dirty.

The Yale-Brown Obsessive Compulsive Scale (Y-BOCS) Symptom Checklist asks about the presence of mental rituals (other than checking and counting), but doesn’t offer specifics. This presents an opportunity for the clinician to inquire about other ways their client might be trying to reduce distress or get certainty about the content of their unwanted thoughts. Asking about ruminating (mentally reviewing or worrying about the thoughts) is important, but more specifically, asking about what actually happens during rumination can produce useful insights for the best treatment interventions. Within rumination, one might uncover mental checking, self-reassurance, mental rehearsal, analyzing hypothetical scenarios, and compulsive rationalizing. Additionally, compulsive prayer, thought neutralization (replacing “bad” thoughts with “good” ones), and self-criticism may play a significant role in feeding obsessions.

Getting off on the right foot with OCD treatment is an investigative process. Taking the extra time to collect evidence of covert mental compulsions not only validates the entirety of your client’s experience with OCD, but prepares you for constructing a treatment plan that is less likely to be sabotaged by compulsions neither you nor the client fully understand.

Jon Hershfield, MFT, is director of The Center for OCD and Anxiety at Sheppard Pratt in Towson, MD. He specializes in the use of mindfulness and cognitive behavioral therapy (CBT) for obsessive-compulsive disorder (OCD) and related disorders. He is author of Overcoming Harm OCD, When a Family Member Has OCD, and The OCD Workbook for Teens, and coauthor of Everyday Mindfulness for OCD.