Almost all models of psychotherapy agree on the power of metaphors in the therapeutic dialogue. And different models provide different metaphors to use for different kinds of problems. But a lot of metaphors appear spontaneously, without the person using them even being aware that what they’re saying is metaphorical. A therapist can focus on these spontaneously used metaphors—many conventional or “frozen”—in building alliance and targeting other specific, important areas.

One such area would be helping the client make the connection between what they do in certain problematic situations and the consequences experienced—what is typically called a functional analysis or an A–B–C analysis (Antecedent–Behavior–Consequence).

So, if a client describes their situation by using a conventional metaphor, like in saying: “I am up against a wall; I don’t know what to do,” the therapist can catch the metaphor about being up against a wall and try to develop it in cooperation with the client. Ways to respond would be: “Tell me more about the wall!” or “How do you recognize the wall?” or “In what situations would the wall typically appear?” If the client responds to these interventions “within the metaphor,” an alliance is built and the description of the problematic antecedents are deepened. To focus on what the client does in this situation, the next step could be asking: “When you sense the wall, when you are up against it, what do you typically do?” And if the dialogue continues within this metaphoric frame, a question could be asked about the connection between what is done and the result—the connection between behavior and consequence: “So, the wall appears, you try to X, and then what happens?”

Two things are fundamental in this kind of dialogue: first, the therapist needs to recognize metaphoric expression, and second, have a strategy for what to use them for, as in the above example about functional analysis. 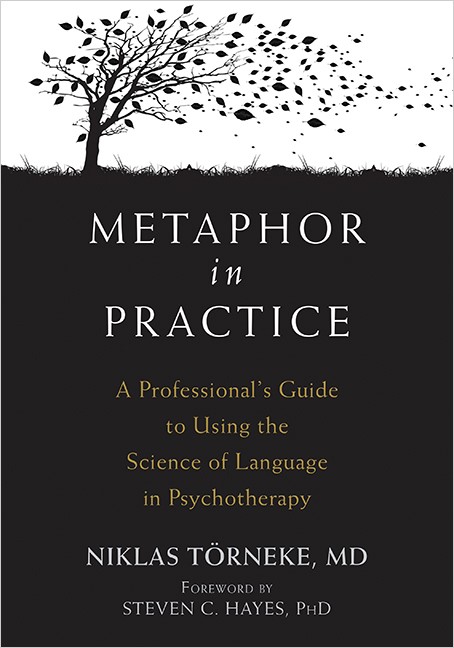 Niklas Törneke, MD, is a psychiatrist, and has worked as a senior psychiatrist in the department of general psychiatry in his hometown of Kalmar, Sweden, from 1991 until he started a private practice in 1998. He earned his license as a psychotherapist in 1996, and was originally trained as a cognitive therapist. Since 1998, he has worked mainly with acceptance and commitment therapy (ACT), both in his own practice and as a teacher and clinical supervisor. His clinical experience ranges from psychiatric disorders such as schizophrenia to common anxiety and mood disorders with high prevalence in the general population.