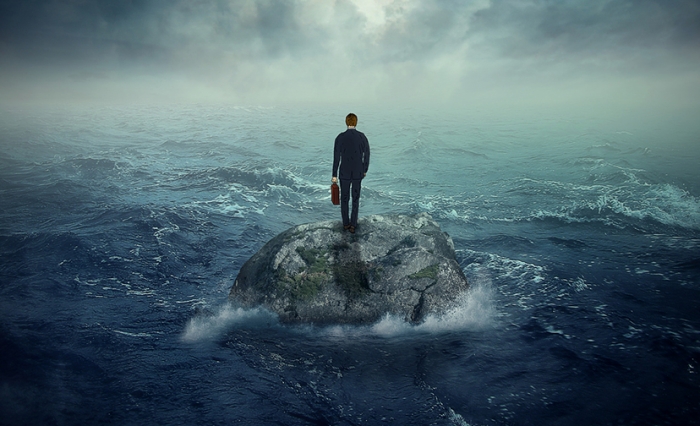 by Kate Swoboda, CCLC, author of The Courage Habit

One of the most frustrating aspects of changing behavior is that we can logically know what we need to do in order to change, yet we don’t take different actions when the opportunity arises. Everyone wants to know: what’s happening in that moment? Why is it that we can know better, yet still not make the choice to do better?

As it turns out, willpower and a desire to live differently aren’t enough, because the pull of habit-formation is so strong. We often think of habits only as they pertain to things like remembering to brush our teeth or exercise daily, but in fact, we all have behavioral and emotional habits, as well. Habits run on a cue-routine-reward loop, and when we feel a cue of fear, we often go into routines to cope with that fear that will lead to a reward—less stress! The problem arises when our fear routines lessen stress in the short term, but work against us, in the long term.

Becoming aware of your predominant fear routine is essential to changing behavior. There are four common fear routines to be aware of.

The Perfectionist routine is ruled by the drive to do it better. There’s a chronic dissatisfaction with results, which sometimes makes the Perfectionist critique everything around her, feeling irritated and unable to go with the flow of life because it’s not perfect. Someone caught in the Perfectionist routine often finds themselves over-performing in multiple areas of their lives and hiding imperfections while pretending that everything is okay. Perfectionists will do more than their fair share to look good or receive external approval or because they don’t trust that someone else will do it according to their own standards, and sometimes they overwhelm themselves by setting impossibly high standards.

See also: How to Take Charge of Fears & Worries Using the Gift of Imagination

The hallmark of the Saboteur routine is an inability to make sustained progress due to a pattern of taking two steps forward and one step back. People who are stuck in the Saboteur routine find themselves constantly bouncing from thing to thing, having difficulty with commitment. Perhaps they’ll feel excited about something and then quickly feel tied down by that very thing so that it feels like an obligation. They get feedback from others about not really “applying” themselves. There’s a lot of movement: The Saboteur also tends to change homes, jobs, and relationships frequently. Some would call this the “shiny object syndrome,” which refers to people who are always being seduced by the next big thing or the thing that looks better. They have difficulties with accountability, finishing what they start, and not getting enough traction or movement to sustain something.

You know a Martyr routine when you see someone who is nearly relentless in their self-sacrifice and people-pleasing. They’ve let their lives focus so much on service to others that they don’t make time for their own dreams and desires and they use their self-imposed obligations to others as a reason why the things they might want for themselves are impossible to attain. Someone playing out the Martyr routine might even go to the point of enabling by stepping in with money or other resources for adult children or friends who are perfectly capable of taking care of themselves, or with someone who needs to suffer the consequences of their own behavior. For example, a parent who steps in to provide a place to live after their adult child has gone on a credit card spending spree and can’t pay her rent. Martyrs justify this sort of behavior by telling themselves, “What else could I do? I had to step in. No one else can love/nurture/be there for them like I can.” They overwhelm themselves by piling on their obligations to everyone else, leaving no time for their own desires.

While Martyrs tend to think the things they want aren’t possible because of their self-imposed obligations to other people, someone stuck in a Pessimist routine fundamentally believes that things won’t work out because things just don’t work out for them. This then becomes the reason not to take action or self-responsibility. A typical phrase a Pessimist might say when considering new possibilities is: “It’d be nice, but it’ll never happen.” Someone stuck in a Pessimist routine sees the world through a lens of doubt, and is often consumed with all the ways that something is unfair or the ways that so-and-so with power is trying to screw over someone else. (For example, they may think that their mother-in-law is trying to screw over their family; the utility companies are trying to screw over their customers with the bill; or the teacher is trying to screw over their kid). While issues of systemic oppression are absolutely real, when someone is caught in a Pessimist routine, they are only focused on how life has singled them out personally to suffer and they are insistent that they can’t do anything about it even when options are presented or available. 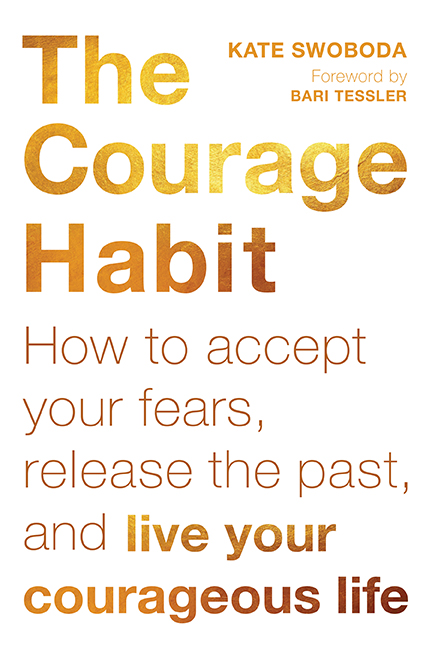 Kate Swoboda, CCLC, is a coach who works with people to release old, fear-based habits and start creating courage-based habits. She is the author of The Courage Habit.