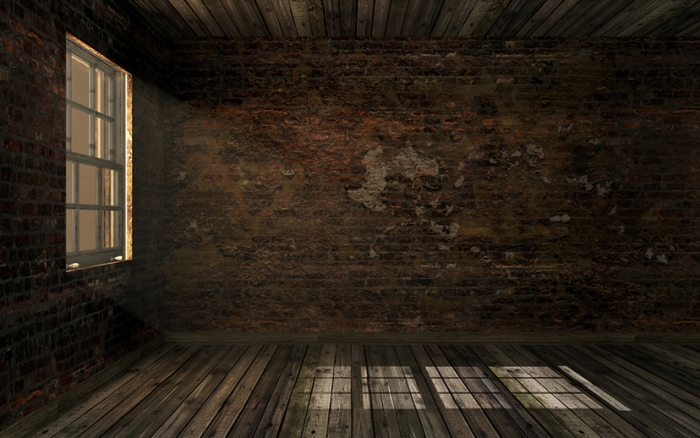 From "Anguish Management," Beyond Borderline: True Stories of Recovery from Borderline Personality Disorder

My parents’ medicine chest was not the only way of quieting the chaos inside. I had become adept at relieving the neighborhood drugstore and gift shop of everything from candy to Christmas ornaments, toys to record albums, while never approaching the cash register, the big sleeves of my army fatigue jacket the perfect camouflage. Again, the rush of endorphins would flood my mind with a soothing calm. However, the relief never lasted long. With each successful attempt at anguish management came a stronger and more pronounced rebound of self-hatred and alienation. I knew I was different; I felt it on my skin.

I saw it in my reflection. At nine years old, even my front teeth aroused a sense of disgust. Scrutinizing them in the powder room mirror, my friend by my side, I made a decision. Leaving her wondering, I hurried to the basement, returning with hammer and screwdriver in hand. Our images casting back—mine with lips curved up and squinting eyes, hers with mouth gaping and eyes like saucers—metal to enamel, hammer in hand, I made contact.

My broken smile represented my inner experience—a life shattered by venomous emotions that were a constant threat to my sense of security. However, I had made an important discovery. Injury, I found, brought me a certain amount of pleasure, a release switch that allowed the pressure to burst out, if just for a moment. Too young still to understand that I could take those matters into my own hands, I offered it instead to the hands (and feet) of others. Knowing when peers were planning to beat up the weird girl, I would succumb to assaults that purged my body of my parasitic pain. If others weren’t planning an assault on my soul, I helped them. Overnight camp, the summer between sixth and seventh grade, I taunted and teased one of the camp counselors to a point he could no longer withstand. As I made my way back to my cabin from a morning of swimming or sailing, the dirt path muffled the footsteps that had been following me. With a swift motion, strong hands from behind met me with a destabilizing force. I found myself curled up, fetal position, the taste of earth on my lips, as the fists and feet of the eighteen-year- old son of the Episcopalian minister who ran the camp swung savagely. I lay motionless, privately loving every minute as each violent contact expelled the evil that lay within.

With chaotic behaviors came chaotic relationships. My peers had to contend with my terrified ways of thinking and responding and the self-loathing that dripped from my pores. So elusive was the terror that stole my sensibility that I was forced to place it on more concrete matters—stray dogs, people, the outdoors, the indoors. I feared everything. Walking to school alone or on an errand for the family caused a flare-up of internal activity that was most often met by a flare-up of external activity—pleading with friends to walk with me, raging at family for any request that left me unescorted—my needs, my behavior, too much to bear. The very thing I had feared with such intensity was indeed a daily reality. My only choice was to ignore the teasing and bullying, as I tolerated anything to avoid the rejection that came from everyone in my path—friends and family alike—my presence a toxic fume from which all living beings must flee. Abandonment had become more common than breathing, more terrifying than death.

By the middle of seventh grade, I got the news—I was to be plucked from the home I knew well. My family was moving. Despite all of its dark and desperate associations, I did not want to leave the security of the known. I begged and pleaded for us to stay where the anguish I experienced was familiar and predictable; the new harboring monsters I could not even imagine. Attempts at pleading my case landed squarely on deaf ears.

In my new school, I finally found an ally—Mr. Richardson, my eighth-grade history teacher. He seemed to take a liking to me, and I to him. I would sit in his classroom during free periods and talk to this man whose soft, drooping eyes reminded me of the sad look of a basset hound. For no other reason than the attention he paid me, I felt Mr. Richardson to be the only teacher—no, the only person—who understood me. The following year, once again the school placed me in Mr. Richardson’s history class, having noticed the connection he was able to make, that he had somehow reached into the darkness and found me. However, there was a new history teacher. He was young and cute, and I wanted to be in his class, but my request was denied. Innocent though he was of any wrongdoing, I suddenly saw Mr. Richardson as an obstacle rather than an ally, and all the good I felt for him instantly split off from my mind. From that day on, I hated Mr. Richardson, the teacher who now had no idea who I was. The skills I had acquired during my young life worked— from cigarettes to drugs, shoplifting to starvation, whatever I could do in the moment to manage the monster within, the unrelenting loneliness, the crippling fear of abandonment.

See also: Just Like a Timepiece: A True Story of BPD Recovery

Then, on a warm summer night, as I lay listlessly on the ground in a drunken stupor, broken glass scattered about, with little conscious awareness and no real plan of intent, I cut my flesh and watched the pain ooze out of the incision I had made. I realized in that moment how readily I could manage the mayhem that wreaked havoc in my mind, body, and soul. Exogenous chemicals, endogenous chemicals, whichever was going to provide the most immediate gratification. Riddled with chaotic behaviors, I was screaming out for someone to notice the anguish with which I was struggling.

It was not until the tenth grade, bloody-knuckled as I clung to sanity, arriving scabbed and scarred, that a meeting with my high school finally got my parents’ attention: “Your daughter is exhibiting some very bizarre behaviors in school. She’s cursing at the teachers in the middle of class, laughing at them, walking out in the middle of lessons, and has not handed in a single assignment since the beginning of the year. We can’t keep her. We will, however, give you the chance to try and get her some help.” This was the first time my parents allowed themselves to see their daughter. With the weight of an ultimatum resting on her shoulder and sufficient guilt to prod her along, my mother brought me to three different therapists, all of whom refused to treat me by the second or third visit—I was too angry, too out of control, too sick for treatment. On the brink of expulsion, with no hope and nowhere to turn—my anguish burning my core like a fire held firmly to the palm of one’s hand—I overdosed on a bottle of sleeping pills in the lobby of my high school.

I overdosed on a bottle of sleeping pills in the lobby of my high school.

A bed now available on the adolescent unit, four men with keys dangling from their belts, and the air of authority dangling from their lips, offered me a choice: walk or we’ll tie you up and carry you over. One of the men linked his fingers with mine, preventing escape, as I was led into the ranch-style building. It was then I found myself alone in a horror movie—incarcerated in a private psychiatric hospital.

Treatment became part of my disease. As I acted out, the staff played along, as we colluded in a dance of reenactments. It took little before I would find myself tethered to a bed in a seclusion room, paralyzed by leather restraints, somnolent due to chemical ones, or stripped bare in the name of safety, searching for injury, dousing me with shame. The immobilization and isolation mirrored the powerlessness and abandonment I experienced in my life.

My identity became that of hospitalized mental patient.

My identity became that of hospitalized mental patient. The times that I was well enough to be in the midst of society, I still found myself with the constant reminder that I was but an emotional invalid, unable to manage the most basic circumstances. My high school, a stark contrast to the private hospital where I was frequently incarcerated, offered the clear message that others had little hope for my recovery. The state hospital received its first patient on July 12, 1880. Walking along the grounds provides an unsettling aura of the asylum’s disturbing past. One can hardly miss the ghosts of the thousands of mentally ill men and women who were “treated” with barbaric methods during its many years, from brutish times into the present.

It was here, in one of the ominously beautiful buildings common to nineteenth-century asylum architecture, that I was made to attend high school. We were twelve of the most emotionally damaged children from my district, overseen by four specially trained teachers in two rooms in the basement of building 5. We were hardly assumed to survive our adolescence, much less to enter college. We were warehoused. And so it went, in and out, in and out, the degrading idiom “frequent flyer” not missed on me. Then came the switch. I cannot say for sure how I got there or what the turning point was. Perhaps my mind, body, and soul could no longer take the assaults that were landing on me like flying fists, and my desperation for normality began to prevail. What I can say is the day came that, like a switch being flipped in my mind, appearing from what seemed to be a dark haze, I made a decision: I do not want to be sick anymore. 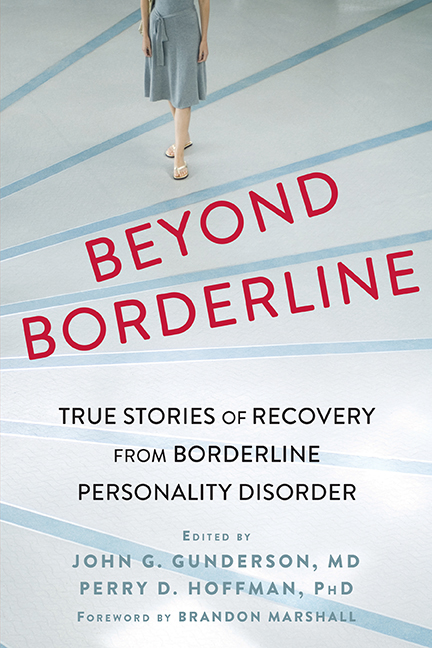 Read the rest of this recovery story in Beyond Borderline: True Stories of Recovery from Borderline Personality Disorder