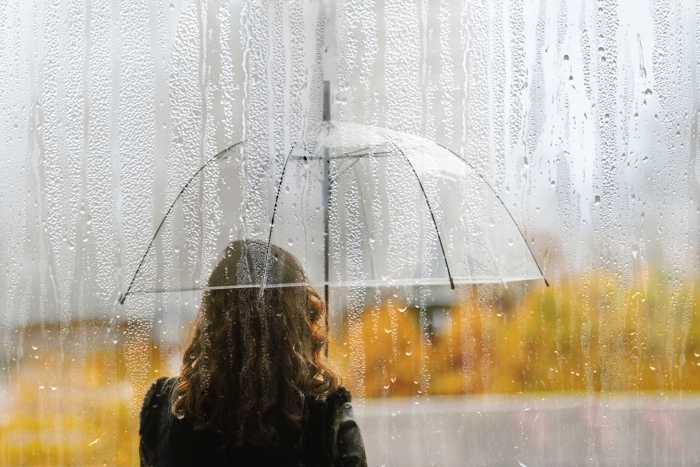 By Matthew McKay, PhD, Michael Jason Greenberg, PsyD, and Patrick Fanning, authors of The ACT Workbook for Depression and Shame

What is Defectiveness Schema?

A defectiveness schema is a core belief that makes you feel internally flawed in some critical way. It leads you to feel that if people get close to you or see your significant defects, they will reject you and withdraw from you. Your feelings of defectiveness might be attached to your perceptions of private flaws (e.g., selfishness, angry impulses, unacceptable sexual desires) or to public flaws (in the form of undesirable physical appearance or social awkwardness). Because of your defectiveness schema, you might be hypersensitive to any form of criticism, blame, comparison, or rejection from people around you. It might even feel as if, should anyone see the real you, they would find you to be inferior and unlovable. Through facilitating the feeling of being broken or bad, your schema also prevents you from forming satisfying relationships or stable attachments.

Where Does Defectiveness Schema Come From?

Jeffrey Young (Young et al., 2003), noted that schemas tend to take root when a person is exposed to significant, often traumatic events. Young identified five domains in which people tend to hold sets of core beliefs that control their perceptions, thoughts, and feelings about situations they’re in, but only one—disconnection and rejection—is used in this treatment. People with schemas in this domain believe that their needs for stability, safety, nurturance, love, and belonging will not be met; and so they avoid relationships altogether, submit to relationships that confirm their feelings of defectiveness (and are often abusive and destructive), or jump from one relationship to the next so as to ensure no one ever gets to see the real them. They also find themselves struggling with depression.

Like the other schemas, defectiveness usually takes root when an individual is exposed to traumatic events (often those with strong themes of rejection and criticism) during their childhood. Through either one single event or multiple events over a long period of time, defectiveness characterizes a powerful belief that can prevent you from forming nourishing relationships, succeeding in life, or experiencing happiness. Once you internalize these feelings of defectiveness, your schema will produce chronic negative thoughts about yourself, your relationships, and the world around you. Your defectiveness schema has likely had a huge impact on your life. But you are not alone in struggling with this.

Your defectiveness schema likely developed from experiences you had early in life. It might not have been a singular traumatic event but a repetition of interactions that constructed your negative core beliefs. You have gone through your life with your own unique way of coping with the unwanted thoughts, memories, and emotions that get triggered by your schema. In your attempt to silence these thoughts and feelings that make you feel self-conscious, depressed, or alone, you have engaged in behaviors that provide temporary relief from the pain, though they ultimately reinforce your defectiveness schema.

Below, we have outlined the ten common defectiveness coping behaviors that were first described by Jeffrey Young (Young et al., 2003), which are grouped into three major types: overcompensation, surrender, and avoidance.

Maybe you don’t just use one coping behavior. Perhaps you use a few of them that were described in the list, depending on the situation that you find yourself in. For instance, you might engage in overcompensation through recognition or status-seeking in a work or academic setting, constantly trying to impress or succeed in order to silence your fear of being seen as an imposter. You might surrender in your personal relationships, engaging in them with a passive dependence, such that you are constantly trying to please those who do not reciprocate. Finally, you might be practicing the avoidant style in a variety of your daily activities, such as excessive drinking, compulsive shopping, or evading interpersonal interactions.

As you begin to identify the defectiveness coping behaviors that have made themselves commonplace in your relationships, you will begin to move toward the stage of developing a deeper awareness of when these behaviors present themselves and the impact they have throughout the domains of your life.

This process of awareness starts by first looking at the situations in which you find yourself engaging in the behaviors that have been described above. Your schema can be triggered in any of the six relationship domains: work, friendship, family, partner, parenting, or community. Think back to a difficult or troubling interaction that played out in a domain that you consider important; an interaction that left you feeling vulnerable, depressed, or angry—emotions or thoughts that were most likely stimulated by your defectiveness schema.

Excerpted from The ACT Workbook for Depression and Shame

Matthew McKay, PhD, is a professor at the Wright Institute in Berkeley, CA. He has authored and coauthored numerous books, including Self-Esteem, The Relaxation and Stress Reduction Workbook, Thoughts and Feelings, and ACT on Life Not on Anger. His books combined have sold more than four million copies. He received his PhD in clinical psychology from the California School of Professional Psychology, and specializes in the cognitive behavioral treatment of anxiety and depression.

Michael Jason Greenberg, PsyD, cofacilitated a pilot study on the hybrid acceptance and commitment therapy (ACT) and schema therapy treatment protocol for defectiveness, which was developed by Matthew McKay and Michelle Skeen. He received his doctorate in clinical psychology in 2017, and holds his California licensure as a clinical psychologist. Michael has held many leadership roles, including serving as assistant department head for mental health at the Naval Hospital Twentynine Palms in Southern California, where he engaged active-duty personnel in evidence-based treatments for anxiety, depression, and post-traumatic stress disorder (PTSD).

Patrick Fanning is a professional writer in the mental health field, and founder of a men’s support group in Northern California. He has authored and coauthored twelve self-help books, including Self-Esteem, Thoughts and Feelings, Couple Skills, and Mind and Emotions.