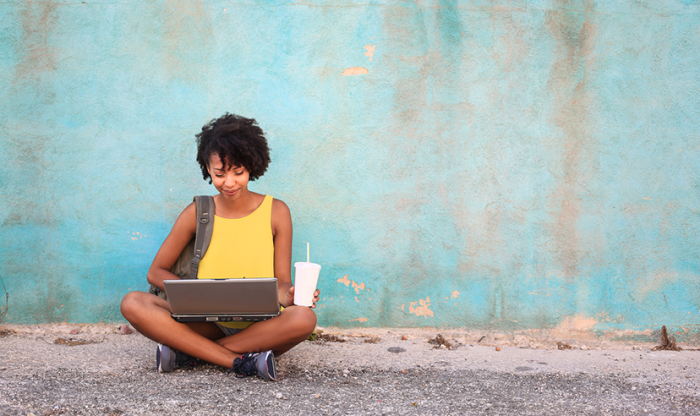 By Karen Bluth, PhD, author of The Self-Compassion Workbook for Teens

It’s tough as nails to be a teen. Ask Shandra. She’s been starving herself since she was 11, trying to get that beautiful body that she sees all over Instagram. Or maybe talk to Jacob. He’s been having panic attacks trying to line up all As in his 5 AP courses so that he will get accepted to his dream college. Or Keisha, who can’t manage to crawl out of bed in the morning and make it to the school bus—she knows she’ll be facing those mean girls in the cafeteria at lunch. Easier to stay under the covers, coming out only to relieve her pain by cutting. And then there’s Zero, a teen struggling with gender identity.

What’s happening to teens these days? The teen years have never been an easy ride, but lately, teen mental health seems to have taken a dive. According to a recent article in The Atlantic from 2012 to 2015, depression among teen girls increased by 50% while depression among teen boys increased by 21%, with three times as many teen girls age 12-14 taking their own lives in 2014 compared to 2007, and twice as many boys.

Anxiety is skyrocketing among undergraduates—rates of “overwhelming anxiety” increased from 50% to 62% from 2011 to 2016 according to the American College Health Association. College counseling centers are overflowing and therapists working with teens have long waiting lists. Now more than ever, teens are struggling.

Now more than ever, teens are struggling.

What can we do to help? Self-compassion, defined by Kristin Neff as treating yourself the way you would treat a good friend who was struggling, has been shown to be associated with better emotional well-being. To put it another way, the more self-compassionate you are, the less likely you will be depressed, anxious, or stressed. Over 1300 research studies since 2003 have shown the positive effects of self-compassion with adults.

About two dozen recent studies have shown the same with teens; self-compassion seems to protect teens from the challenges and onslaught of the teen years. In other words, teens don’t have to beat themselves up to do better. In fact, the opposite is true: The kinder teens are to themselves, the more motivated and the more emotionally healthy they are.

So if self-compassion is good for teens, how can they get more of it? How can teens fill their self-compassion backpack with these valuable self-protective tools so that they can traverse the boulder-strewn road of adolescence with minimal scarring?

As it turns out, self-compassion can be cultivated; you can actually grow your self-compassion. Kristin Neff and Chris Germer, pioneers in the research and application of self-compassion, created an 8-week program for adults to do just that. Called Mindful Self-Compassion, a number of published research studies on this program have shown that after adults take this course, they are happier, less anxious and depressed, and more satisfied with their lives.

Can the same be done for teens? We thought so. Adapted from Neff and Germer’s adult program, Making Friends with Yourself: A Mindful Self-Compassion Program for Teens, was launched in 2014. Two published studies later, we report that teens are less stressed after the taking the course, and many are less anxious and depressed. Funded by NIH, a team at the University of North Carolina, Chapel Hill Program on Integrative Medicine is now studying Making Friends with Yourself more extensively, while a team at Trinity College Dublin is examining the brains of teens before and after they take the course.

Teachers are now being trained internationally in this, but it will take some time before we can reach all the places where Shandra, Jacob, Keisha, and Zero and so many other struggling teens live. I regularly receive emails from parents of teens like these, who are consumed with worry over the mental health of their teens.

Hence the birth of The Self-Compassion Workbook for Teens, a place where teens can go to learn how to stop beating themselves up, to develop the skills to be kinder to themselves, to understand that not being perfect is perfectly okay. As one 15-year-old said toward the end of one of our classes, “I’m not so worried if others don’t like me … because I like me!”

So how can you get the self-compassion ball rolling?

As teens often feel so alone—even when spending time with good friends, they often feel like they’re the only one with problems, the only one who is struggling. The Self-Compassion Workbook for Teens offers meditations and exercises with online audio components as well to combat these feelings of being alone. Want to give it a try? The sample below helps teens visualize their compassionate selves where they discover the kind, wise, compassionate voice that lives inside them.

Note: This meditation is adapted from Neff & Germer’s Mindful Self-Compassion course, which adapted it from Paul Gilbert’s book The Compassionate Mind. 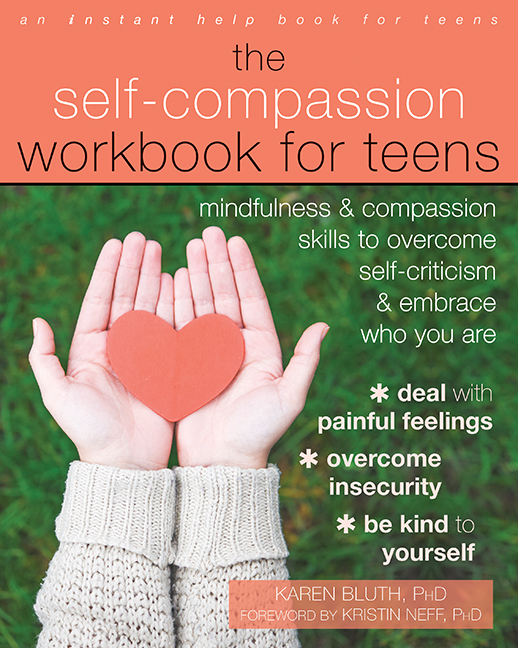 Karen Bluth, PhD, is research faculty in the Program on Integrative Medicine in the Department of Physical Medicine and Rehabilitation at the University of North Carolina School of Medicine. She is the author of The Self-Compassion Workbook for Teens.