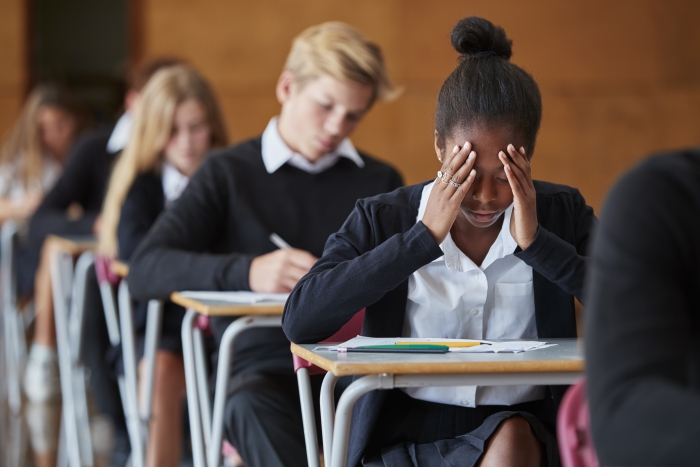 By Caren Baruch-Feldman, PhD, author of The Grit Guide for Teens

In my practice, I often work with teens who are adversely affected by stress. Here are the top five strategies that have helped teens combat stress and worry:

1. Give Worry/Anxiety a Name

It is essential to first recognize and name what one is experiencing. Many times, when I work with teens they are “tricked” by worry, allowing worry to dictate their lives. Step one is to recognize when it is the “WORRY” talking to you. Once you recognize that it is worry trying to trick you, you are better able to accomplish step two, which is “DON’T LISTEN TO IT!” As one of my teen patients said, “I recognize that the worry is talking to me and I just flick it off my shoulders.” If you look at a common thread that is shared in evidenced-based treatment for anxiety, they all give worry a name. By giving worry a name, the worry is externalized and separated from the person, making it easier to address.

3. Understanding the Difference between Possibility vs. Probability

When I work with teens, I have them distinguish whether their concern is a “possibility” or a “probability.” If a concern is a probability, then the person should take heed. In contrast, if the concern is a possibility then it should not be dwelled upon. For example, let’s say I became worried that I would not finish this article before my end-of-September deadline. I would conclude that this concern is a possibility as opposed to a probability. I would determine this based on the evidence (e.g., I am three-quarters done with it and it is only September 10th; in the past, I have always finished before my deadline). I explain to my patients that if we were to live our lives based on possibility, we might as well live under a box, under a desk, or tucked away in a corner of our house because anything is possible. Instead, I think, and my teen patients generally conclude, that it is better to choose to live one’s life based on probability for a fuller and more enjoyable life.

4. Meditation and the Power of the Breath

I often find that teens are reluctant to meditate, finding it boring or hard to do. However, it is because meditation can be boring and hard to do that it is so crucial. In today’s teen world where everyone is multitasking and splitting their attention in a billion directions, it is essential to learn how to be present. Meditation teaches teens to stay present, accept their feelings, and be at peace. In addition, breathing is one of the few ways we have control over our nervous system. By breathing slowly, we indicate to our bodies that there is no emergency. As a result, our nervous system calms down, allowing us to make more thoughtful and mindful decisions.

When people worry, their natural tendency is to avoid: scared of public speaking, you don’t speak up; scared of putting yourself out there with your peers, you isolate yourself. However, what we know is that the act of avoidance reinforces in the brain that the feared object is scary. Your brain looks at the avoidance and concludes that, for example, putting yourself out there or public speaking is really bad for you. The only real way to change is to EXPOSE oneself to the feared stimuli. But this should be done gradually. I am not a big fan of immediately exposing yourself to your biggest fear (my teen patients would stop talking to me and I would probably have fewer patients). We know that people have a working zone—an area where they are willing to face their fears. By staying in this working zone, teens can successfully address their fear in stages, with success breeding success. Furthermore, the muscle memory of gradually approaching the feared situation, as opposed to just talking about the feared situation, leads to lasting and meaningful change.

To recap, give worry a name, engage only in productive worry, live your life based on probability, meditate, and don’t avoid, but rather face challenges head on! 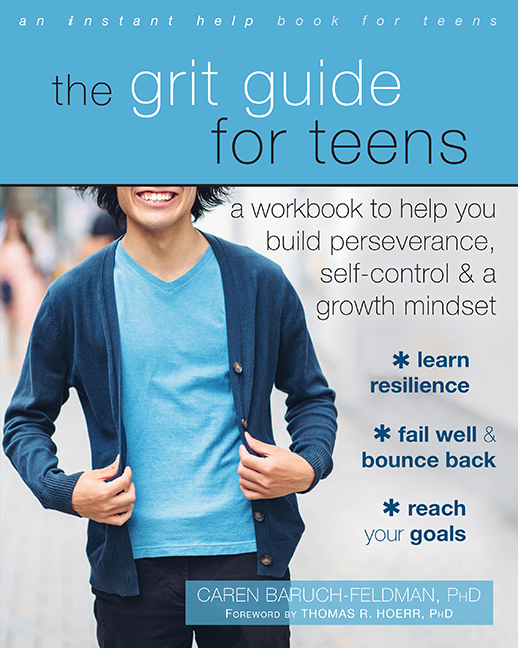 Caren Baruch-Feldman, PhD, is a clinical psychologist and certified school psychologist. She has authored numerous articles and led workshops on topics such as cognitive behavioral therapy (CBT) techniques, helping children and adults cope with stress and worry, helping people change, and developing grit and self-control. She is author of The Grit Guide for Teens.