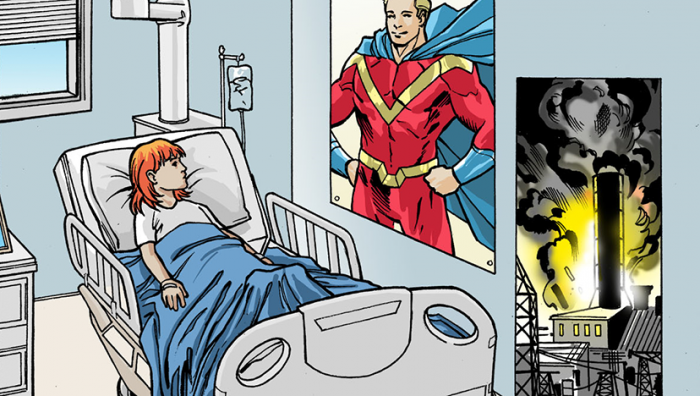 We didn’t see the explosion. We didn’t hear it either. We lived approximately 160 miles away.

I was just a few months short of my 3rd birthday when it happened. The Chernobyl Nuclear Power plant malfunctioned causing a massive radiation exposure to all of us living in Ukraine, as well as people in the nearing countries.

Everyone in Ukraine and surrounding countries was affected in some way. In my case, my immune system was compromised, making me chronically ill. When the weather would change, I would get excruciating migraines, which sometimes lead to seizures.

Someone once asked me what it feels like when I have a seizure. I said, it's chaos.

It’s chaos. There’s flashing and spinning, and it feels like I’ve ran around the world and fell out of the sky all at the same time. And then there are shocks in my brain. And then there’s emptiness. Quiet. Like a short-term death as I wait for my body to regain function.

As a child, I spent many months in the hospital or at home on bed rest. I felt weak, fragile, and broken. I dreamt of having strength and superpowers like the fantastical characters I was reading about.

Chronic illness often leads to mental health struggles—particularly, depression, anxiety, shame, and anger. If you’ve ever experienced any of these, then the dread of getting out of bed is painfully familiar to you. These monsters can make it difficult for us to complete even the simplest tasks.

Struggling with my illness was sometimes difficult, at other times, it was excruciating. When my family and I immigrated to the United States, I felt even more alone, struggling to fit in, feeling like there was something wrong with me. Feeling like I was too different. On most days, I just wanted to die.

My life forever changed when I saw my first X-Men film. The X-Men are Marvel Superheroes, all of which have some kind of a genetic mutation. Many of them have been exposed to radiation, while most of them were also bullied and ostracized.

At one point, one of the characters, Mystique, told her friend Beast, “What wouldn’t I give to be normal.”

I felt as if I were watching myself on the screen. The X-Men became my friends, my symbols of hope. They helped me understand that our traumatic experiences are not who we are. They are simply what happened to us. But the important part is what we do with our traumas. In the case of X-Men, Batman, and Harry Potter, their traumatic experiences became their origin stories, shaping their heroic journey.

After undergoing my doctoral training, first in neuroscience, and then in clinical psychology, I began to incorporate popular culture into therapy. This practice became known as Superhero Therapy. The goal of Superhero Therapy is to bring in elements of popular culture, such as traditional superheroes, as well as characters and events from fantasy and science fiction books, movies, TV shows, and games into evidence-based (research-supported therapy) in order to help people become their own versions of superheroes in real life.

I am by no means the only therapist practicing this method. There are countless other therapists who also follow these practices, which means that people in many locations have the option of being seen by a therapist who specializes in this therapy based in popular culture.

A common element I see across many types of mental struggles is that many people are likely to try to run away from their painful experiences. It might feel as though we need to wait until our depression or anxiety goes away to be able to live our life. This is completely understandable as nobody wants to feel these emotions and we naturally want to find ways to feel better.

But what if we viewed our struggles as the beginning of our heroic journey?

What if the excruciating impact of depression is a Dementor attack, not unlike what Harry Potter was facing? What if we view our struggles with anxiety in a similar light to Batman facing his own fears of bats or fighting the villains of Gotham City?

Interestingly, the more we view our struggles as temporary obstacles on our heroic journey and the more we face them, rather than avoid them, the less intimidating they seem to become. 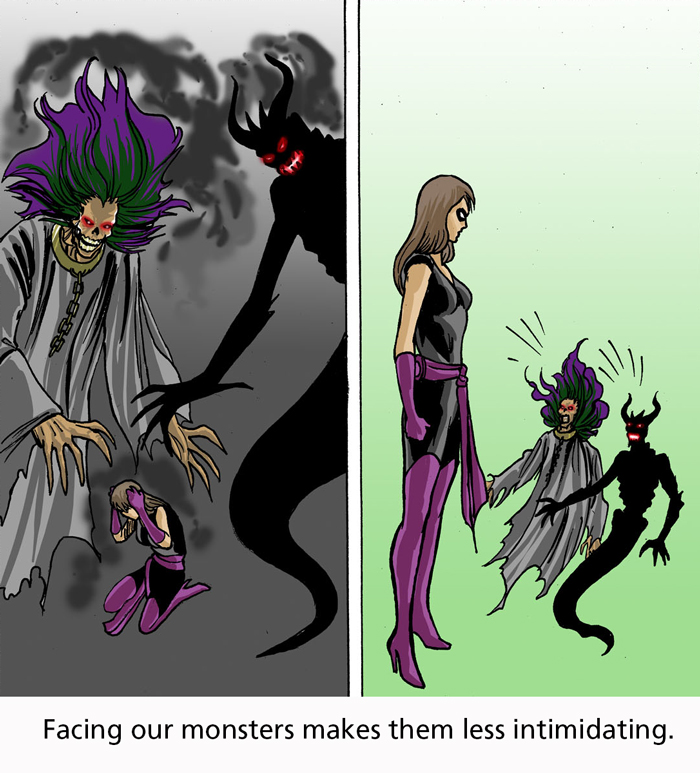 Is there something holding you back? Are you struggling with overwhelming anxiety, painful depression, or defeating self-shaming? What if this was your origin story, the very beginning of your heroic quest? What if this were your story, your book, your movie? How would your journey unfold then?

Whether you know this or not, I would like to leave you with these words: 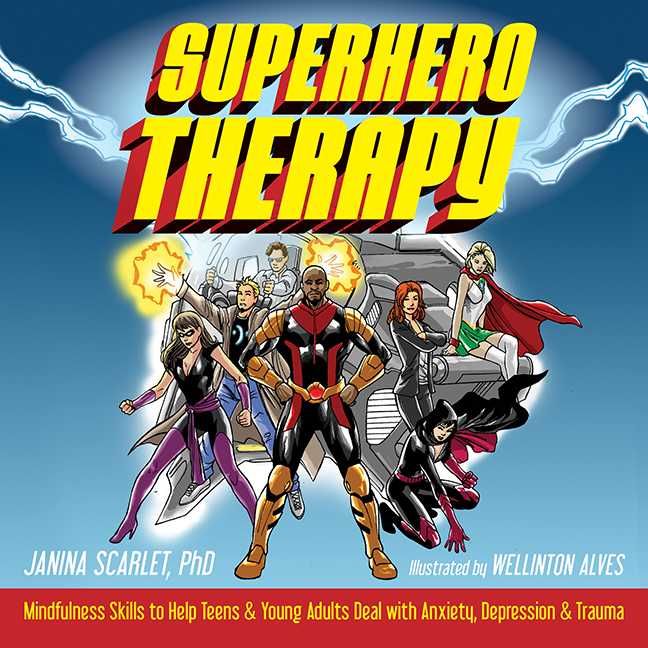 Dr. Janina Scarlet is a licensed clinical psychologist, a scientist, and a full-time geek. A Ukrainian-born refugee, she survived Chernobyl radiation and persecution. She immigrated to the United States at the age of 12 with her family and later, inspired by the X-Men, developed Superhero Therapy to help patients with anxiety, depression, and PTSD. She works at the Center for Stress and Anxiety Management in San Diego.