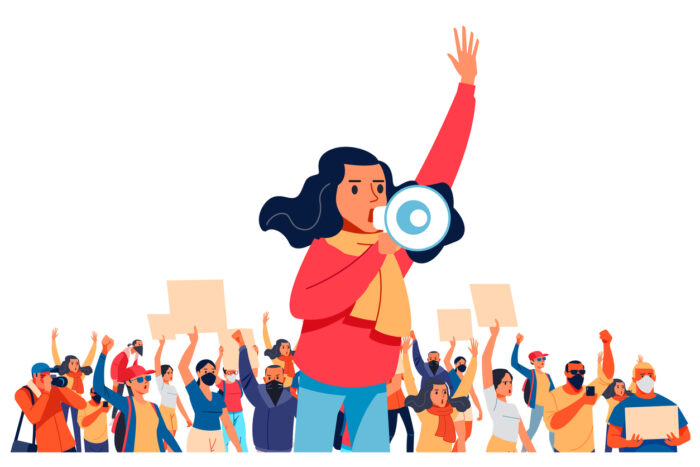 By Thema Bryant, PhD, coauthor of The Antiracism Handbook

While many psychology models focus solely on shifting thoughts and coping with emotions, social-justice-oriented approaches such as multicultural feminist psychology and liberation psychology also focus on being empowered to be a change agent to combat oppression. While self-care strategies such as journaling and breathing practices may be helpful in the immediate aftermath of experiencing racism, it is also important for you to be empowered to resist racism. Engaging in activism, advocacy, and social justice work can provide you with a sense of hope, agency, and community support. To obtain a healthy sense of self, it is also important for you to resist internalized racism, which is when you come to believe the racial stereotypes that individuals and institutions promote about you and your community.

If you are White, you also pay a price emotionally for the toxicity and pervasiveness of racism. You may experience a sense of collective guilt, shame, and powerlessness, or you may feel anxiety or hostility in the presence of racially marginalized persons. Instead of feeling stuck in denial or avoidance, it is important for you to be empowered to be a part of the solution by actively combating racism in your personal and professional life.

Whether you are empowered or disempowered on the racial hierarchy, an important part of committing to antiracism is education. Many of us grew up not learning about the injustices other racially marginalized communities have faced. When we do not understand history nor the ways racial injustice continues today, we remain a part of the problem. However, even after you educate yourself, you will still need to be intentional about pushing past the psychological blocks to committing to antiracism. Two of these psychological barriers are victim blaming and fear. Psychologically it can be easier to endorse the social psychology construct of “belief in a just world.” This belief will lead you to conclude that people who are struggling in life are simply lazy, immoral, and uncommitted. If you believe that injustice has nothing to do with their status in life, there is nothing you need to do and nothing that needs to be changed but the individual’s motivation. Blaming racially marginalized people for their marginalization or for their anger about their marginalization perpetuates racism; it does not combat it. Another barrier to antiracism is fear. You may be afraid of saying the wrong thing or being targeted if you speak up about racism. When you surrender to fear, it can leave you feeling conflicted as your stated values may be justice, fairness, and safety and yet you are inactive and silent about the racial injustices around you. Becoming a part of an antiracism or social justice community can help you to combat both the ignorance, which is at the root of victim blaming, and the fear, which keeps many people immobilized.

Combating racism, or promoting liberation, is a commitment that you can honor in the various areas of your life. Being a voice for racial justice and an agent of positive change is important in your personal and professional life. Antiracism can also be an integral component to your parenting and spiritual or religious life as well. Racism, and other forms of oppression, aims to dehumanize, disempower, and silence communities. When you honor the humanity of others and actively speak and work against racism, you become a part of the solution—and that is healing.

Thema Bryant, PhD, is a licensed psychologist who has worked nationally and globally to provide relief and empowerment to marginalized persons. She is past president of the Society for the Psychology of Women, and past American Psychological Association (APA) representative to the United Nations, as well as current president-elect of the APA. Bryant has been honored by the APA; the Institute of Violence, Abuse, and Trauma; and the California Psychological Association for her contributions to psychology. A professor at Pepperdine University, she earned her undergraduate and doctorate degrees in psychology from Duke University, and completed her postdoctoral training at Harvard Medical School. Bryant has served as a mental health media consultant for numerous print, radio, and television outlets, and is host of The Homecoming Podcast