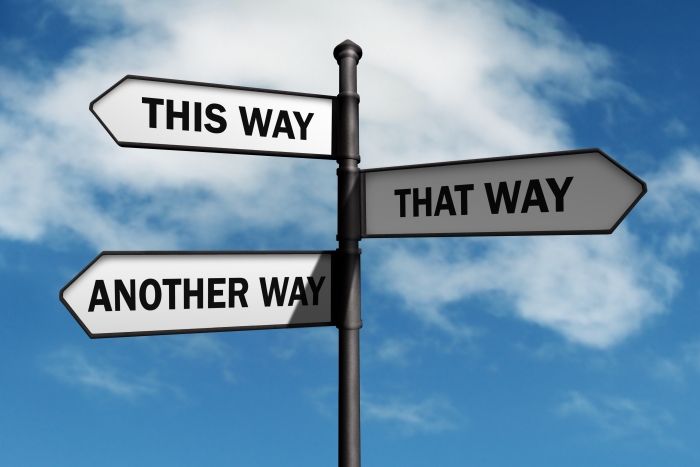 By Randy J. Paterson, PhD, author of How to Be Miserable in Your Twenties

Follow your passion. Do it with passion or not at all. Chase your passion, not your pension. No alarm clock needed: My passion wakes me.

Sound familiar? Gag-inducing memes like these clog my social media feeds like hair in a shower drain. They’re meant to inspire but often have the opposite effect. I would be lost without an alarm clock, so clearly there is something wrong with my life.

My clients get them too, usually starting in high school. Such messages are typically given for pro-social reasons. They encourage students to cultivate their individual interests rather than pursuing cookie-cutter goals (“You are a unique person”), they value diversity (“If you love musical theater, then do it!”), and they encourage finding guidance from within (“Know thyself”).

So, what’s the problem? Actually, there are three.

First, only a minority of people—certainly young people—are able to identify their passions. Exhorting them to follow a compass they cannot see is paralyzing, not liberating. Many of my clients have said that passion-identification was presented to them as a prerequisite for decision-making about educational track, postsecondary institution, career, and more. Unable to name their passions, they felt both faulty and stuck, unable to move forward. Some have remained directionless for years, waiting for their passion to appear in the mail.

But what if they do know their passions? Most eight-year-olds would dearly love to drive a fire truck, but discover that their interests change and evolve over time. In the mid-to-late teens, many yearn to become pop stars, YouTube influencers, beer tasters, or video game champions. Few will succeed, and fewer still will maintain these goals for long. The driving passions of youth are often ill-suited to later adulthood.

Download Now: Free Chapters of How to Be Miserable in Your Twenties!

2. Most life paths aren’t about passion.

Surely there are people in all these fields who burned with the passion of, say, truck driving or endodontics from the age of twelve. And hopefully most people are able to find at least some interest in their chosen fields. The truck driver enjoys solitude; the server enjoys kibitzing with customers; the bookkeeper enjoys imposing order on a firm’s finances.

But most people in most jobs are there out of necessity, not passion. They have groceries to buy and rent to pay. The freedom to pursue one’s dreams without reference to the practicalities of the marketplace is a perk of privileg—a status held by many educators and highly trained clinicians, but fewer of their students and clients. They work in car assembly because the local plant reopened and allows them to live in proximity to their ailing parents, not because they have always dreamed of installing dashboards.

Even among the wealthy, passion is seldom the core influence. The shipping magnate has no special love of the high seas; she simply followed a career trail that led to a corner office by the harbor. The corporate lawyer liked solving puzzles and has an eye for detail; he does not read contracts for fun in his spare time. The cardiac surgeon entered the field courtesy of an encouraging mentor; she had not planned a lifetime of valve replacements.

If our vocations or avocations reflect our core interests or talents, our life satisfaction may indeed be somewhat higher than it would be otherwise. Research in support of this hypothesis is sorely lacking, but I am perfectly willing to buy into the idea based on anecdotal evidence and the dreaded and notoriously unreliable “personal clinical experience.”

So how do we encourage this? Currently we urge young people (and disappointed mid-lifers) to venture out on a kind of Easter egg hunt for their passion—as though it sits fully formed in tall grass just waiting to be stumbled upon. But it doesn’t.

Better guidance for most of our seekers would be: If you don’t know your passion, you probably don’t have one.

This seemingly deflating principle actually points the way toward a more passionate life. Here’s how: Most passion is cultivated, not discovered.

Our society urges us to look skyward for towering oaks of passion on a treeless plain. Instead, we should be looking down for acorns of vague interest. It is from these that most passions are formed.

Try it. Find some people you consider passion-driven, and conduct an interview on the history of their interest. In vanishingly few cases will you find a single eureka moment (“My God, this is my life’s purpose!”). Instead, you will uncover a faint curiosity or chance exposure followed by gradually intensifying intrigue, investigation, and skill development. Only later were they able to look back and find the insignificant roots of what became a powerful force in their lives.

One of the core tasks of psychotherapy is the discovery of toxic—though often well-intentioned—that, left unchallenged, can derail a life. The notion that to create a fulfilling life we must first discover and chase a grand passion is one such idea.

Do we want people to find fulfillment? Of course. Do we want them to build a life partly based on their own interests and abilities? Absolutely. But let’s do this in such a way that we incorporate reality into the equation, rather than contributing to a privileged societal delusion.

Randy J. Paterson, PhD, is a psychologist, and director of Changeways Clinic—a private psychotherapy service—in Vancouver, BC, Canada. He is author of The Assertiveness Workbook, How to Be Miserable, and Your Depression Map; and coauthor of the free online Antidepressant Skills Workbook. He presents lectures and workshops internationally on topics, including mental health policy, cognitive behavioral therapy (CBT), the nature and treatment of depression and anxiety disorders, and the failure-to-launch phenomenon.