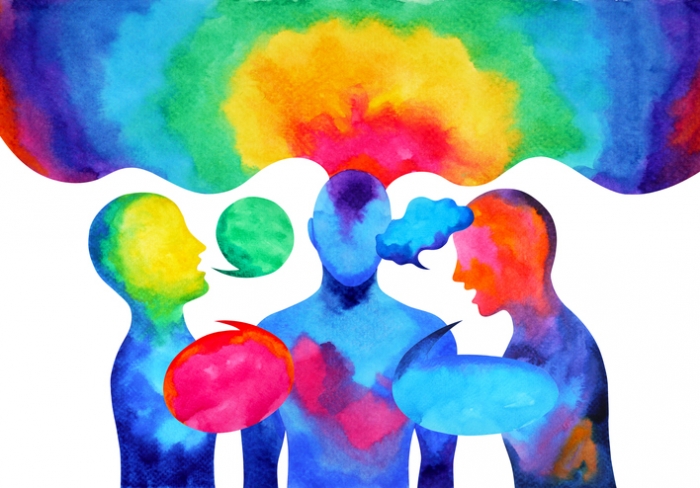 Over 2,000 years ago, a young man sat under a tree in northern India and contemplated the meaning of his existence, the nature of pain, and how to end suffering in the world. After seven weeks of nonstop meditation, he found the answer and became known as the Buddha, or “enlightened one.” He then spent the rest of his life teaching what he had learned and how to avoid suffering by living a mindful life. Unfortunately, what came naturally for the Buddha—like sitting still for forty-nine days—doesn’t come as easy for the rest of us. Many of us—like me—continue in our daily struggle to live more mindfully, especially in our relationships with other people.

Examples of my own mindless interactions with others are unfortunately abundant—and sometimes even embarrassing. Recently, my seven-year-old daughter asked me to help her with her homework while I was catching up on some paperwork. She needed me to time her for a few minutes while she did some reading for school. I said “Okay,” but then didn’t set the timer. Forty minutes later she was wondering when she could stop. I also messed up the other day with a friend. She was upset and telling me about something that had bothered her, but I was thinking about other things that I had to do later that night. At one point she stopped talking mid-sentence and asked, “Are you even listening to me?” And even worse, while driving home from work last week, I accidentally cut off another driver that I didn’t see in my mirror because I was busy doing something else. He was angry; I was mortified.

In each of these examples, I was “present” physically—meaning I was actually there in the room with the person, or at least nearby, and I heard or saw them, meaning I noticed there was sound being produced or visual information being received—but I wasn’t fully listening or seeing the other person. Most of the time I was instead thinking about something unrelated, contemplating what to do in the future, or paying attention to something I shouldn’t be, like my cellphone. In other words, I wasn’t being “mindful,” and I wasn’t fully aware of what was happening in the present moment with the other person.

In a “former lifetime”—before becoming a psychologist—I attended the Neighborhood Playhouse School of the Theatre in New York City, NY. One of the first acting skills we were taught was how to listen and observe. This seemed strange to me, given that it seemed basic and not at all creative, but mindful listening and observation is the core of great acting, just as it is at the core of great living.

At the Playhouse, we were frequently instructed in a listening exercise created by legendary acting instructor Sanford Meisner. It involved two people on stage, both looking at each other, until one person felt compelled to speak after noticing something about the other person, like saying “Red shirt.” Then the other person would repeat what was said, “Red shirt.” The exercise continued this way with each person accurately repeating what the other had just said. For example, if one person said “red shirr,” mispronouncing “shirt,” and the other person continued by simply repeating “Red shirt,” the acting teacher would stop the exercise. “That’s not what they said,” the teacher would interject. “You need to really listen. They said ‘shirr,’ not ‘shirt.’ Repeat what they really said and continue.”

In the beginning, the rest of the acting students and I looked at each other in confusion. “What does repeating these silly words have to do with acting?” we’d wonder. But after a few months of the exercise—and now twenty-five years of hindsight—I realize that it was the first time anyone had ever taught me how to be mindful and—specifically—how to mindfully listen to and observe other people. We were frequently told by the acting teachers to “Get out of your own way,” meaning stop thinking about what you should do or should say to the other person, and instead really listen and really react to what the other person is doing and saying to you. Be mindful in the present moment and don’t pretend to be doing something like listening, instead, really do it with 100 percent commitment.

This is sometimes hard to do, because we as humans can get easily distracted. But the more you do it—and the more you remind yourself to do it—the easier it becomes. Start by putting aside your own feelings and expectations for a few moments, and just listen to the other person. If you get distracted, pull yourself back into the conversation by noting something about the person, like, “She’s wearing a red shirt,” or, “He sounds excited.” Once you do that, you’re back in the present moment being mindful. Focus on the other person. What are they saying with words? What are they saying with their emotions and body language? If necessary, repeat what the other person just told you and ask if you heard them accurately.

Being mindful is sometimes hard, but it’s always worth the extra effort. Fully listening to another person will enrich both of your lives as well as your relationship together. Try it today.