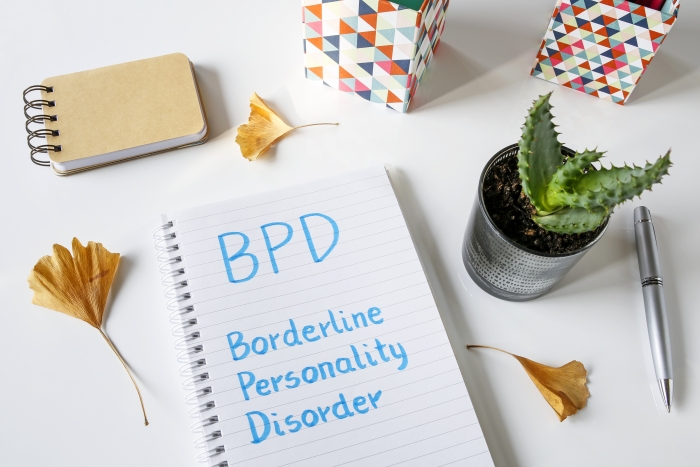 By Jerold J. Kreisman, MD, author of Talking to a Loved One with Borderline Personality Disorder

Borderline personality disorder (BPD) is one of the most confusing, misunderstood, stigmatized, and frightening psychiatric diagnoses. Media portrayals often present individuals who are suicidal, homicidal, wrathful, and dangerous. These theatrical representations are exaggerated and distorted. BPD may provide writers with sumptuous drama, but these portrayals may also endorse unrealistic depictions, perpetuating unfortunate myths and misunderstandings about the disorder. In order to understand this disease, it is important to separate facts from fallacies.

Although a concept of “borderline” psychopathology has existed for eighty years, the diagnosis of BPD was first distinctly defined in the 1980s. Many felt that this was not a real diagnosis; instead, some believed, it was an artificial label bestowed on patients who did not improve, or whose symptoms did not fit another diagnosis. And for some, BPD was an antagonistic designation for the patient whom the doctor just didn’t like!

Some clinicians argued that BPD was really a subset of bipolar disorder or post-traumatic stress disorder (PTSD). But biological and genetic factors confirm that BPD is a separate, distinct disorder with specific diagnostic criteria.

MYTH: There is no therapy for BPD.

Several distinctive treatment programs have been designed specifically for BPD. These programs are described in manuals that are taught to specialized practitioners. Dialectical behavioral therapy (DBT), mentalization-based therapy (MBT), and transference-focused psychotherapy (TFP) are a few treatment approaches that studies have confirmed as useful protocols.

MYTH: Medicines do not help BPD.

It is true that no medication has been approved specifically for treatment of BPD. However, because BPD is a malady that is often accompanied by other illnesses, medicine for coexisting symptoms can be useful. Antidepressants and antianxiety medications can ameliorate concurrent symptoms. Mood stabilizers can sometimes settle destructive impulsivity.

Individuals struggling with BPD often present challenges to family and partners. Mood swings, impulsivity, severe anger, self-destructiveness, and fears of abandonment can make sustaining communication difficult. My new book, Talking to a Loved One with Borderline Personality Disorder, describes the SET (support, empathy, truth) system of communication and a number of other techniques that can help smooth the difficulties in relationships.

This may be the most misunderstood concept about BPD. Over time, most people with a BPD diagnosis improve significantly. In particular, severe mood changes, self-destructive behavior, and outbursts of rage usually dissipate. In fact, after several years, most individuals no longer exhibit enough symptoms to qualify for the label. At times of stress, some of those with BPD may suffer recurrences, but those who don’t can be considered “cured,” since they no longer satisfy defining diagnostic criteria.

These myths and misunderstandings add to the vision of those suffering from BPD as dangerous, manipulative, deceitful people who cannot be helped, and cannot sustain meaningful relationships. The reality is that many individuals with BPD are intelligent, exciting, sensitive, and strong. Many have suffered unspeakable trauma and abuse, and yet have been able to emerge from the turmoil as resilient, capable human beings. They can rise above their struggles and develop healthy relationships and productive careers. Separating superstitions from the true and vulnerable borderline individual can allow understanding and acceptance. And in return, one can develop a satisfying relationship. 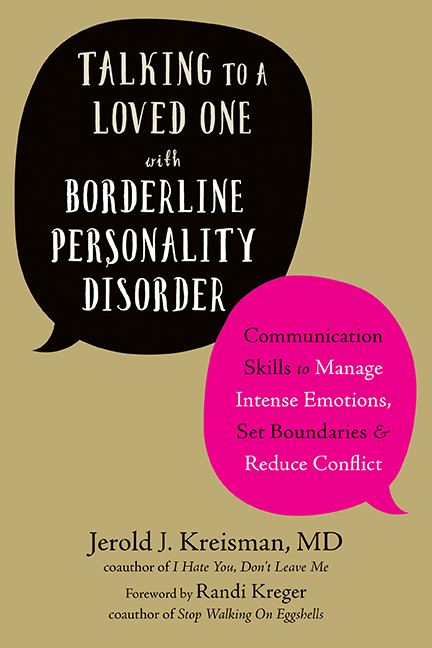 Jerold J. Kreisman, MD, is a psychiatrist and leading expert on borderline personality disorder (BPD). He is coauthor of the best seller I Hate You, Don?t Leave Me; and author of Sometimes I Act Crazy, which describes how families and friends confront the disorder. He lectures widely in the United States and abroad, and is in private practice in St. Louis, MO.