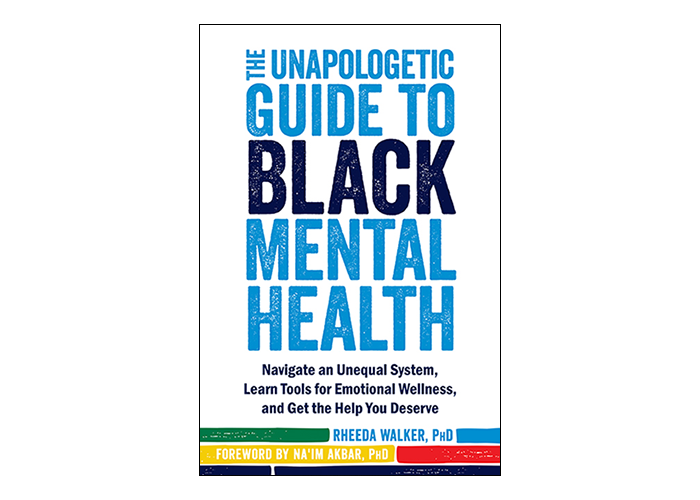 By Rheeda Walker, PhD, author of The Unapologetic Guide to Black Mental Health

A Racist System Cannot Fix Itself

As you have seen in several studies that I mentioned, racism can occur regardless of age, education, or income level. Racism is equal opportunity. When experts talk about disparities in health care in our society, they are talking about differences for people based typically on income and race. Black people tend to be overrepresented among the poor, so race and income are often intertwined, but racism is not exclusive to poor Black people. Middle-income Black folks also endure hardships of racism.

Why can’t we be great? At the root of racism and racial disparities is the belief that Black people are not fully human and do not deserve access to the same rights as others. Those who hold racist beliefs tend to deny racism. For some, this racism is intentional. For many, it is not intentional, as they are unaware of the ways in which negative stereotypes influence how they interact with Black people or stand by as Black people are being mistreated by others.

Privileged children learn over time that only their perspective matters; they learn this in the same way that I was taught to work twice as hard. They learn to “not see race.” If you mention race, then you are perceived as perpetuating a problem—a problem that they refuse to see.

I am not a Freudian psychologist by any stretch of the imagination, but I do think that there is some merit in the idea of “defense mechanisms” that Freud talked about. Think about defense mechanisms as strong but invisible walls in the mind that protect us from uncomfortable, overwhelming, and perhaps threatening feelings. Those walls or defense mechanisms keep information, facts, and events from our active awareness because if we were aware of the information, we would sink into a very dark place. For example, if you have experienced a traumatic event, you may not remember the details because your mind shielded you from them. For some white people to see what Black people deal with in this society would be a traumatic and emotionally devastating experience. So they employ all kinds of defense mechanisms, such as denial and rationalizing (yes, rationalizing is considered a defense mechanism), so as not to even perceive the problems of racism.

Racism Is Hard to Escape

Can you even imagine what it would look like to truly be free, to not have to make any decisions for yourself or your family under the veil of race? I am not sure that I can. The recent rash of African American deaths at the hands of law enforcement officials has a lasting and profound effect on the individual and collective Black psyche, primarily because the kind of injustice resulting from police brutality and statesanctioned violence is not new. Our community has suffered this kind of treatment for a very long time.

Despite having a PhD and a highly respected occupation, I still receive the clear message that my life is ultimately expendable. Some 75 months after Sandra Bland’s very disturbing arrest and suspicious death in Waller County, Texas, I was stopped in my neighborhood by the local police for failure to yield. I live in a large, ethnically diverse, planned community, but as two police officers approached on both sides of my car, I thought about my son and whether or not I would see him again. Though I try not to, I think about that day every time I stop at that intersection.

It would be wonderful to focus on our collective brilliance and not have to navigate racism that is inherent in every system relevant to mankind. It saddens me greatly that, each day, Black children are subject to undue scrutiny and unfair treatment in classrooms where they are supposed to be learning. As a result, our sons and daughters become unwilling participants in disproportionate school suspension statistics for Black preschoolers and elementary-age children. My husband and I both have psychology PhDs, but I doubt we will be able to protect our son from unfair classroom treatment. Even if suspensions are not in a child’s future, any classroom behavior that compromises a child’s confidence in herself is unacceptable.

The Field of Psychology Is Far Behind Being of Actual Help

The reality is that mental health disciplines have the capacity to improve psychological fortitude for Black people, but it has to be a very intentional process. Instead, institutions are seemingly stacked against the Black community. The discipline of psychology is made better with racial and ethnic diversity, but sincere efforts to address the psychology of a people who have been systematically subjected to inhumane treatment are relatively nonexistent. After all, psychology is the field of study that provided “evidence” that Black people are inferior to white people.

In more contemporary times, there are those of us who are dedicated to addressing research and developing culturally informed therapy, but we do so in spite of and not because of the systems that undermine our efforts at just about every turn.

We cannot anticipate that such a system will either dissolve suddenly or operate in a way that is benevolent toward Black people. While there are many white individuals who have worked tirelessly to solve the problem of inequity, the system is rigged. Mental health disciplines are not a part of the solution when they:

Because these are part of the fabric of research and training, the community will have to rely on itself for real change.

Rheeda Walker, PhD, is a tenured professor of psychology in the department of psychology at the University of Houston. She is a behavioral science researcher and licensed psychologist who has published more than fifty scientific papers on African American adult mental health, suicide risk, and resilience. Walker is recognized as a fellow in the American Psychological Association due to her scholarly accomplishments.

Walker has been a guest expert psychologist on T.D. Jakes’s national television talk show, and her work has appeared or been cited in The Washington Post, CNN Health, the Houston Chronicle, and Ebony magazine. Her expertise has been critical to mentoring doctoral students in cross-cultural psychology since 2003. Walker was previously a lead consultant in the statewide African American Faith-Based Education and Awareness initiative in Texas. She conducts workshops, and coordinates with churches and other organizations to address emotional wellness.