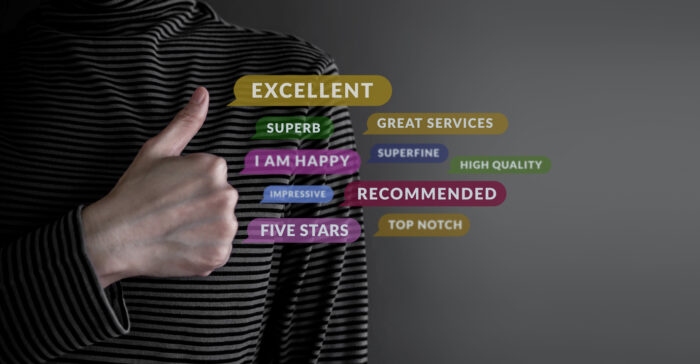 By Clarissa W. Ong, PhD, coauthor of The Anxious Perfectionist

We tend to think that we don’t have choices, that we have to do certain things. I have to work till five every day. I have to reply to every email within twenty-four hours. I have to get a well-paying job. I have to say “good” when people ask me how I’m doing. I have to make the right decision. The implicit rhetorical question in these examples is, “What else am I supposed to do?” Unfortunately, the natural result of a “have to” stance is that you feel stuck, helpless, and powerless. “Have to” ensnares you in a claustrophobic trap, pressuring you to act out of fear of some negative outcome (e.g., judgment from others, perceived failure). In other words, “have to” is a threat; it’s followed by “or else.”

One reason we capitulate to “have to” is that it goes unquestioned. We don’t ask why we have to do these things, so we keep doing them, without pausing to reflect on how these behaviors are impacting our well-being and life trajectory. Perhaps you stay in a decades-long relationship with someone who makes you miserable because you have to make it work at this point, or you double-down on a career that stopped bringing you fulfillment years ago, because you have to commit to the job you’ve already chosen. In these examples, you might believe that there is only one viable choice available to you. However, that’s a bluff. Just think of the multimillionaire entrepreneurs in Silicon Valley who dropped out of college, social media influencers who make a living off posting photos on the internet, and anyone else who has taken a less conventional trajectory. In reality, what we have to do is but one of many options available to us.

The “have to” habit is hard to kick because, by definition, it narrows our response options, forcing us down a specific path under the pretext that no others are possible. “Have to” mode is analogous to playing chess as a beginner: there are only so many permutations of moves you can discern. In situations with low stakes, a formulaic approach may be adequate, but your well-being and happiness are far from low stakes. If you want to get better at chess, you need to map out more routes to victory and be creative in identifying possible sequences. Similarly, breaking the “have to” spell requires practice and forcing your mind to work a little differently from how it has been. Undermining “have to” entails considering more variables, more moves, and more outcomes—including being willing to take calculated risks. In some ways, enumerating your choices is harder than relenting to the whims of “have to,” because deliberating requires effort.

Yet, being intentional is important because it allows you to take a step back, evaluate your current situation, consider your values and goals, and take responsibility for the path you ultimately choose. Being intentional is not about making “the right choice.” It is about acknowledging the range of consequences of your actions and coming to terms with the trade-off you’re making. So, if you consciously decide that agreeing to favors to get approval from others is worth time and energy you could be spending on yourself, then so be it. However, being intentional means you’re owning your decision to say “yes,” instead of feeling coerced by arbitrary social norms about being nice and agreeable. Thus, being intentional is not simply doing something wildly different or the opposite. In the end, you may even still do the same things, but the difference is that it will be a choice—your choice.

And how do you get better at making intentional choices? Like chess, through practice. When you notice yourself saying you “have to” or recognize that familiar stuck, helpless feeling, take a breath and pause. Make the “have to” explicit. If you’re going out of your way to accommodate others’ preferences when organizing dinner, the “have to” may be something like, “I have to make everyone happy.” Next, question it. Why do you have to make everyone happy? Is the reward of trying to make everyone happy worth the cost? Is making everyone happy consistent with the direction in which you want your life to go? If the “have to” isn’t serving you, find an alternative action that will. Choosing outside “have to” means you’re taking a risk. You obey “have to” precisely because it’s safe, just like moving your pawn two squares forward to E4. Sometimes that works, but you need to recognize when it doesn’t and adjust your strategy accordingly. As scary as it is to reclaim your power to choose, you may find that intentionally choosing is more empowering than you expected and opens you up to new experiences that could be game-changing.

Clarissa W. Ong, PhD, is a postdoctoral associate at the Center for Anxiety and Related Disorders at Boston University. She received her doctoral degree in clinical/counseling psychology from Utah State University, and completed her clinical internship at McLean Hospital/Harvard Medical School. Her research interests include acceptance and commitment therapy (ACT), process-based therapy, obsessive-compulsive disorder (OCD), hoarding disorder, and perfectionism. She has contributed to more than sixty peer-reviewed publications and a book. She has also received funding from the Association for Contextual Behavioral Science (ACBS).