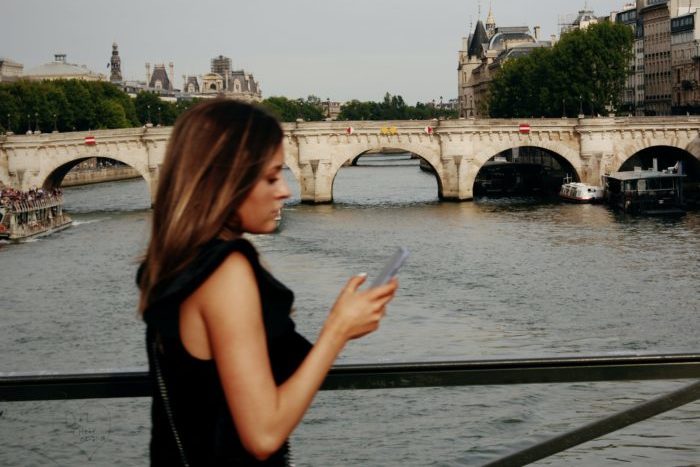 Many women with attention deficit/hyperactivity disorder (ADHD) are diagnosed later in life, and often find there are few resources available to them. In The Queen of Distraction, author and psychotherapist Terry Matlen delves into the female side of the disorder and offers women with ADHD—and even those who suspect they might have it—real tips to stay focused and get organized.

For women who are unsure whether or not they have ADHD, what are some of the common signs?

There are certain symptoms clinicians look for when diagnosing ADHD. According to the Diagnostic and Statistical Manual of Mental Disorders (DSM), people with ADHD are more likely to be avoidant or reluctant to engage in tasks that require sustained mental effort, are often easily distracted by extraneous stimuli, and may experience a sense of restlessness. But there are also other symptoms not included in the DSM that can especially pertain to women:

And there are many more. Not all women with ADHD share the same symptoms. Some women have the inattentive subtype, whereas others might have the hyperactive/impulsive subtype. Even within those groups, everyone expresses their symptoms differently. What I think is important for women to know is that many of them, if not most, don’t hit the wall until middle age when they’re juggling too many balls in the air, such as work, relationships, and parenting. That’s when we often see women reach out for professional help—they’ve been able to compensate to some degree when they had fewer responsibilities.

What are some of the unique symptoms women with ADHD experience that men do not?

More women than men with ADHD are prone to depression and anxiety. They tend to internalize their symptoms, whereas men often externalize them. For example, a woman might hyper–focus on what she believes people think about her and her perceived shortcomings; men might externalize their frustrations by exhibiting anger or other acting out behaviors. We see more eating disorders and obesity in women with ADHD. We see more of the “overwhelm” in women, whereas men might abuse substances to deal with their conflicts. We see more low self-esteem and a sense of defeat, such as feeling that they’re “lousy mothers” because they can’t keep up with all that is expected of women in this society. They are often more internally distracted or lost in their own thoughts and dreams. Women tend to have the inattentive subtype, whereas more men are hyperactive and impulsive, or a combination of both (inattentive plus hyperactive/impulsive). Women also tend to be more hypersensitive to stimuli. One example is that certain smells can trigger an intense, negative reaction. Clothes can be too itchy, lights too bright, etc.

In your book you talk about the link between ADHD and hormones. Can you briefly explain the connection between the two?

We find that changes in hormones can cause an increase in ADHD symptoms in women. For example, during perimenopause, menopause, and post-menopause, the decrease in estrogen leads to a decrease in serotonin and dopamine levels in the brain. Though women without ADHD often find this to be a time when their brain doesn’t seem to be as sharp as in their earlier years, women with ADHD will find these cognitive problems to be more pronounced. We often see problems with word retrieval and short-term memory, along with irritability and fatigue. Many women during this time in their lives wonder if they might be developing dementia.

Hormone changes during menstrual cycles can also cause changes—usually more intensely in women with ADHD than without—such as depression and anxiety. We hear complaints of “being in a fog” and not being able to get things done. PMS tends to be worse in women with ADHD.

More than ever, women feel increased pressure to “have it all and do it all.” Do you have any advice for women with ADHD on how to balance work, relationships, and family without losing their sanity?

In my book, I drive a strong point that women need to reach out and get help so they can manage all of the complexities of life. The suggestions I offer do not imply that women with ADHD are weak or incapable—they’re not.  Rather, the book explores certain adjustments women with ADHD can make in order to live a more fulfilling life.

Some tips I offer are: get help. For example, budget so that you can put aside money to have someone come in and clean your house every week, two weeks, or monthly. Or hire a tutor to help your child with homework. These are not luxuries. Women are using every bit of their mental energy to get through the day, so any help they can get is highly recommended.

Women need to stop trying to take it all on. They need to learn to delegate better, hire outside help, and get the support they so desperately need. By doing this, not only will they have more energy, but they’ll often feel less anxious and depressed. I advocate that women with ADHD stop trying to keep up with the Jones’. Just because everyone else seems to be running a double-marathon balancing work, kids, and home, along with after-school activities and hosting huge holiday meals, etc., doesn’t mean that you (the reader) must do the same. One must remember that their ADHD will typically mean these things are harder to balance, so it’s usually wiser to try and cut back and take a slower pace to avoid overwhelm.

Can you talk a little about your background? What inspired you to write this book?

When I was a younger, especially when I was raising small children, I couldn’t understand why everything was so difficult. How could other moms figure out what to make for dinner every night while I stood in the kitchen at 5pm completely stumped? Why couldn’t I enjoy the chaos of a house with children? I would shut down. Why did I procrastinate in so many areas, even though I knew it would cause me anxiety and stress? For example, I’d wait until the night before to finish my papers in college. My bills were usually past due.

When my younger daughter was diagnosed with ADHD at an early age, I began to read everything I could to figure out how to help her. I somehow began reading a book on adult ADHD and the light bulb went off—the book described me to a “T.” So I went in for a clinical evaluation and the rest is history.

I was inspired to write this book because so little is written—or understood—about women with ADHD. For years the focus has been on ADHD in children, but what happens when those children grow up? I wanted to write a book where women would recognize their struggles and not feel so alone, and learn new strategies to help get through nearly every aspect of their lives: work, parenting, relationships, cooking, and more.

Why do women with ADHD (or distracted women in general) need this book?

I cannot tell you how many times I’ve heard women with ADHD say they are lazy, stupid, incapable, low achieving, and simply miserable. These include women with professional degrees who have been able to work (usually harder than most) to get through school because their ADHD had not been identified and treated, or they’d been misdiagnosed with having, for example, depression. When their treatment for depression (or anxiety) didn’t improve their symptoms, it was—and still is—rare for a clinician to search for a possible underlying ADHD. The “depression” diagnosis is usually thrown out at them, instead. Interestingly, many women with ADHD do have depression, too. But for many, they’re feeling the depression because they can’t get a handle on their lives due to their ADHD overtaking them at every turn.

This book describes the symptoms of ADHD in women and gives them tools for improving their lives, but most of all, it gives them hope—because ADHD is highly treatable! My hope is that women reading the book will have that “aha” moment when they see themselves and realize they’re not alone in this. Millions of women have ADHD, though most have not been formally diagnosed, let alone treated. My goal is to increase awareness so these women get the help they so desperately need.

What I also think this book offers are tips and strategies for the overwhelmed woman in general. One doesn’t need to have ADHD to feel distraught by all the expectations put on them—often by them.

So, tips on how to get and stay organized, tame procrastination, and improve time management are helpful to all women who feel overwhelmed, whether or not they have ADHD.

Is there anything else you’d like readers to know?

ADHD is not a death sentence, but it can feel like one for many women. ADHD is not a character flaw or about being lazy or incompetent. It is a mental health issue that can be tamed with appropriate treatment. My hope is that women will read this book and utilize the information, tips, and strategies so they can live healthier, more productive lives. There’s also a dash of humor to keep my ADHD readers engaged, along with real-life stories from real people who have struggled with these problems their whole lives. I also hope women realize they aren’t their ADHD; it’s only a part of them. Women need to focus on their strengths and get help for their challenges. With the right tools under their belts, life can be manageable—and even wonderful!