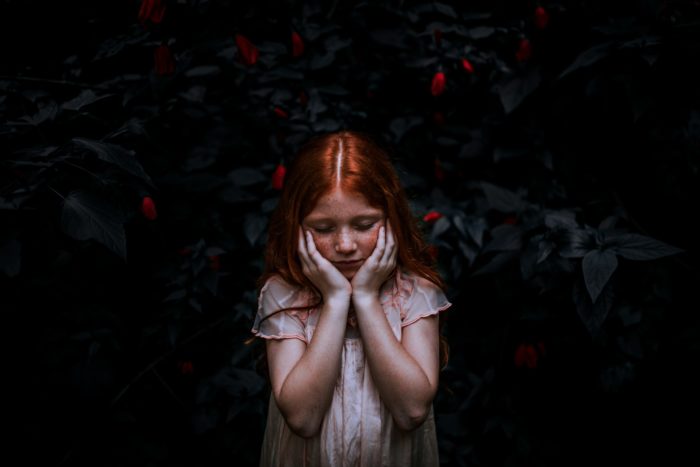 Abundant research over the last twenty years has consistently shown that adverse childhood experiences (ACEs) strongly predict scores of mental and medical conditions in adulthood. ACEs include physical, sexual, and emotional abuse; emotional or physical neglect; or living in a home where there is violence, mental illness or suicide, or loss of a parent. ACEs lead to conditions ranging from depression, anxiety, post-traumatic stress disorder (PTSD), attention/deficit hyperactivity disorder (ADHD), suicidality, and drug abuse to autoimmune disorders, obesity, diabetes, chronic pain, and even cancer and heart disease. ACEs may well be called the number one unaddressed public health problem because of the suffering they cause. Many people suffer needlessly for decades, perhaps not understanding the root cause of their suffering, nor the healing options. As the seminal researcher Vincent Felitti observed, they might spend much time and energy treating the smoke (the symptoms) rather than the flame (the hidden wounds from childhood). The important questions are: (1) how do ACEs jeopardize adult health; and (2) what can we do to heal the hidden wounds resulting from ACEs?

Why Are ACEs Such a Threat to Adult Health?

If unresolved, ACEs imprint and change the brain, biology, and sense of self in ways that can affect our well-being throughout our lives, and may even affect future generations at a genetic level. Recent advancements in understanding the brain, stress, trauma, and attachment help us understand the ACEs/adult-health connection.

We understand, for instance, that toxic childhood stress disrupts hormones (such as cortisol) that later effect immunity, inflammation (the common thread of so many illnesses), weight, reproduction, and growth. By altering epigenomes and telomeres, toxic stress in the first eighteen years changes the developing brain such that it becomes wired to overreact to stress, while losing the ability to protect against inflammation, oxidative stress, and cell death. To the infant, loving bonds with a caregiver (attachment) are needed for the brain to develop properly; disrupted attachment is particularly toxic to the developing brain.

In the first three years of life, the brain undergoes a tremendous growth spurt. Toxic stress during this period disrupts brain development in ways that influence well-being for years to come. During these first three years, the logical, verbal left side of the brain is not yet fully developed. This is why we can’t typically consciously recall or put words to our earliest memories. (In the later years of childhood and beyond, overwhelming stress takes the left brain offline, as the areas of the brain favoring physical survival take over. In either case, this is why traditional talk therapy is usually not the most effective starting point for trauma; it usually doesn’t go deep enough to touch memories that are fully or partially stored below the level of words and conscious awareness.)

The right brain to a great degree allows us to regulate stress and emotions and thrive in relationships. The right brain is mostly online during the first two years, is dominant for the first three years, and then continues to be dominant for emotional processes during the ensuing years. This region processes and stores aspects of memories, such as images, bodily sensations, visceral states, survival tendencies, and sense of self (and self-esteem)—which often play out beneath conscious awareness. Thus, a sense of dread, the feeling of not being good enough, or self-loathing can be engrained especially before the left brain develops (but also in later years, during overwhelming stress). Until resolved, these memory aspects can be easily triggered and play out in the right and lower emotional, survival regions of the brain. For example, attachment disruptions lead to the frightening feeling of being unloved. If repeated, the engrained wound causes the developing brain to be wired to stay on high alert and to sense the self as damaged.

How Are the Hidden Wounds from Childhood Healed?

Fortunately, we have learned in recent years many new ways to rewire and heal the wounds from toxic childhood stress. Eventually, it helps to put words to difficult childhood memories. However, since the logical, verbal left brain is either undeveloped or offline during overwhelming stress—and since traumatic memories play out mainly in the images, emotions, and physical changes regulated by the right brain and the emotional/survival regions of the brain, the most effective healing modalities often start with body-centered and imagery strategies. Individuals can master many skills. Well-prepared mental help professionals can provide helpful guidance when needed.

A comprehensive plan might start with optimizing brain health and function—preparing the brain for the healing strategies that are later applied. Lifting the mood also ensures optimal response to these strategies. The keys of brain care include brain-friendly nutrition (such as a Mediterranean-style diet); regular exercise, particularly in the sunshine; sound sleep practices; minimizing anti-cholinergic drugs (like sleep aids), pesticides, herbicides, preservatives, pollutants, and neurotoxic drugs (like nicotine); and controlling destroyer medical conditions such as thyroid imbalances, sleep apnea, and elevated blood pressure or cholesterol.

Overwhelming stress can cause the brain to be stuck on hyper- or hypo-arousal. In either extreme, the logical, verbal areas of the brain go off-line. Body-centered skills bring arousal back into the “resilient zone,” where we are hardwired to again think and speak logically. In the application of these skills, we might put aside the telling of the story and mindfully focus on what is going on in the body when distressed. We learn to weave compassion and self-acceptance into the distressing experiences. In a bottom-up fashion, calming the body calms the emotional/survival brain, enabling the higher brain regions to assert control again. In the resilient zone, parts of the brain that help one feel a sense of connection to self also become active again.

Next, we learn how to stabilize and strengthen the brain through imagery. Some imagery exercises can approximate the type of loving attachment that might have been missing in the early years. Other imagery strategies train the individual in self-nurturing. These imagery experiences create constructive neural patterns that begin to offset disturbing brain wiring.

Floatback strategies then help one trace disturbing bodily sensations, emotions, images, or thoughts associated with recent disturbing events to unresolved childhood events that are being triggered. The person learns how to soothe and settle both the recent trigger events and the old wounds.

ACEs typically imprint shame, especially in the earliest months of life if one is rejected. Shame is the painful inner feeling that one is permanently defective, worthless, bad, not good enough, or unlovable. It often is experienced viscerally, below the level of conscious awareness. Rewiring engrained shame starts with compassionately acknowledging it. Imagery strategies can help to neutralize and replace shaming memories. For example, one can go back in time and imagine a caring adult providing the needed protection, encouragement, or embrace. One can imagine an image with new emotions, posture, inner bodily sensations, facial expression, and thoughts. One can breathe compassion and appreciation into shamed body parts.

Once the disturbances that were engrained in the brain have been rewired, one can then learn the skills of transitioning to a satisfying life. In forgiving, one learns to replace anger with love—a more satisfying emotion. We learn to anticipate shaming events in the future, equipped with responses that are self-soothing. We learn skills that increase happiness—a powerful protection against depression, anxiety, and other stress conditions.

Finally, we can learn where to find effective professional help, which is likened to an outstanding athlete finding a good coach to sharpen her skills. For example, a recent innovative derivative of eye movement desensitization and reprocessing (EMDR) called accelerated resolution therapy (ART) helps people process disturbing memories from the past. Using eye movements, ART first soothes bodily responses and emotions related to the memory. Then it erases and replaces the images. Then ART helps one transition, in imagery, to a satisfying future, prepared to handle triggers. Early research shows it to be very effective and rapid. You can learn more about ART at: www.acceleratedresolutiontherapy.com.

New understanding and healing strategies assure us that the suffering related to unresolved ACEs can be eliminated or greatly reduced. And that’s very good news.

Glenn R. Schiraldi, PhD, Lt. Col. (USAR), has served on the stress management faculties at the Pentagon, the International Critical Incident Stress Foundation, and the University of Maryland School of Public Health, where he received the Outstanding Teaching award and other teaching/service awards. His fourteen books on stress related topics have been translated into sixteen languages, and include The Post-Traumatic Stress Disorder Sourcebook, The Resilience Workbook, and The Self-Esteem Workbook. His latest work, The Adverse Childhood Experiences Recovery Workbook, focuses on healing the hidden wounds from toxic childhood stress. The founder of Resilience Training International (www.ResilienceFirst.com), he has trained laypersons and clinicians around the world on various aspects of stress, trauma, and resilience.