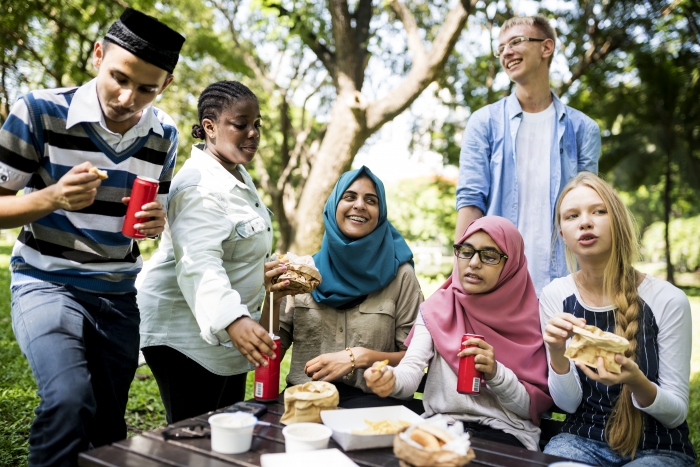 Have you ever felt as if you’re really still a teenager at heart? Your head tells you that your age should reflect maturity, wisdom, and composure, yet you can’t ignore that rebellious spirit that emerges every time someone tells you what to do. If your partner tells you to bring a jacket because you’ll be cold, without thinking about it, that person morphs into your parent—your response might be, “I’ll be fine,” and the jacket gets left on the couch!

What drives this call to arms of the teenager in you that says, “You can’t tell me what to do. I’m going to do it my way!”? This part of you finds its way to your consciousness sometimes without checking in with what’s best for you. You’d rather be cold than to surrender to what you’re told.

In the world of eating, if you’ve been a dieter and have failed at every diet, it’s possible that when you see an ad for the latest, greatest fad diet, a temptation begins to overcome you to try this one last diet. As that thought emerges, the first feeling that begins stirring is the deprivation that will come once you begin this new diet. Even the slightest hint of future deprivation will elicit an uncontrollable urge to dive into a bag of cookies or chips, even though you hadn’t even had a sweet or salty-crunchy craving. After all, you better get as much as you can of what you soon won’t be allowed to have!

If you do actually surrender to the diet, after a few days or possibly weeks, another equally or even more powerful feeling comes up. It’s the same feeling of rebellion that showed up when being told to take a jacket. And that rebellious feeling will lead you to finally defy the diet and go back to eating what you really want to eat, instead of what you’re told to eat. This feeling of rebellion comes from a very healthy part of each of us. It’s the part that protects our autonomy and keeps us safe from being overcome by others’ demands.

You might question why I call this a “healthy part” of you. To you, it may feel as if you’re being “bad” or messing up. You’re not following the rules, and you’ve always been told that you’re “good” when you are following them. In society, of course we need a certain amount of reasonable rules—“Don’t run a red light,” “Don’t cheat on a test,” “Don’t steal.” There are true consequences for breaking these rules, because not following them can hurt you and others. But the rules that are created by the diet culture that bombards all of us through all forms of media, especially social media, must be broken. True harm will come to you if you don’t break these rules.

Diets don’t work, and they cause serious physical and emotional harm. They also imply that you’re not okay, exactly as you are, and that you must do something to change that. That rebellious teen that shows up in you when you finally break the diet rules is actually your guardian angel keeping you safe. This teen lives in a very private place within you and shows up when someone or something invades this space to challenge your individuality.

So, yes, we all have a wise teenager ready to burst when we’re told what to do. Maybe the wisdom that you thought comes with age is actually held by your teenager within. 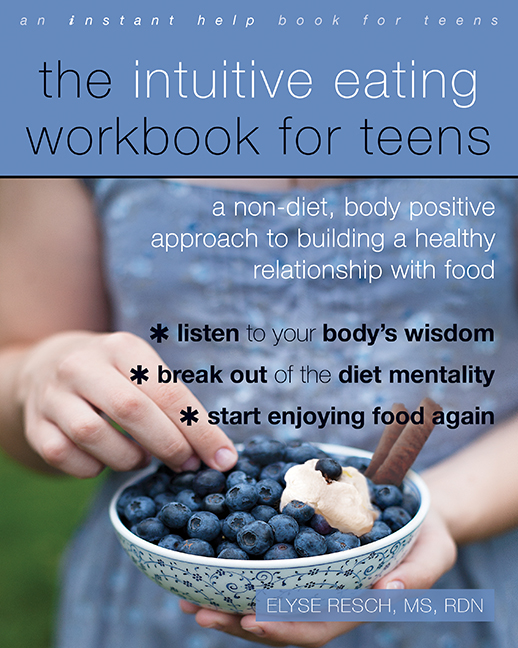 Elyse Resch, MS, RDN, CEDRD, is a nutrition therapist in private practice in Beverly Hills, CA, with over thirty-six years of experience specializing in eating disorders, intuitive eating, and health at every size. She is coauthor of Intuitive Eating and The Intuitive Eating Workbook, author of The Intuitive Eating Workbook for Teens, and has published journal articles, print articles, and blog posts. She also does regular speaking engagements, podcasts, and extensive media interviews. Her work has been profiled on CNN, KABC, NBC, KTTV, AP Press, KFI Radio, USA Today, and The Huffington Post, among others. Resch is nationally known for her work in helping patients break free from the diet mentality through the intuitive eating process. Her philosophy embraces the goal of developing body positivity and reconnecting with one’s internal wisdom about eating. She supervises and trains health professionals, is a certified eating disorder registered dietitian, a fellow of the International Association of Eating Disorder Professionals, and a fellow of the Academy of Nutrition and Dietetics.