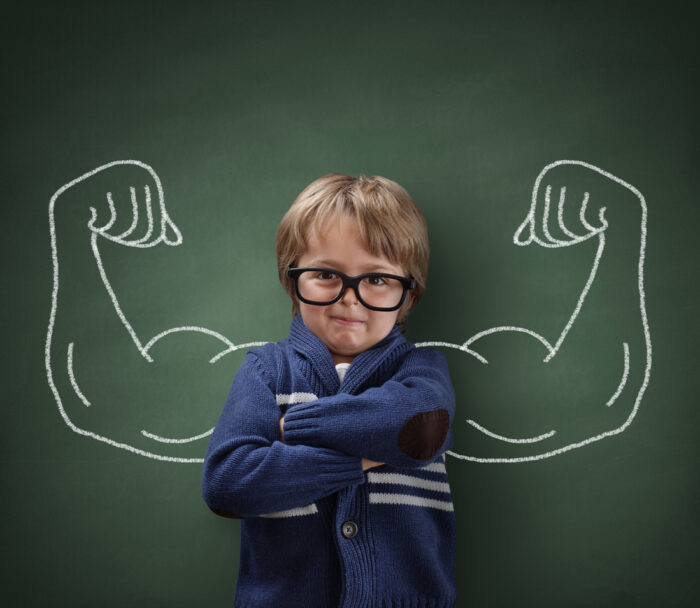 By Christopher S. Reigeluth, PhD, author of The Masculinity Workbook for Teens

“You’re a _________.” For far too long, boys have been socialized to follow masculinity rules that are more about what not to do versus positive and empowering ways to be. Some common teachings include: “Big boys don’t cry,” “School is for girls,” “Don’t back down,” “Be a player,” and, most important, “Don’t be a girl” and “Don’t be gay.” As a result, lots of parents, caregivers, and mentors worry about their boys, and understandably aren’t sure what to do.

Masculine gender socialization encompasses society’s rules and expectations for how boys (and men) “should” be. In contrast to sex—which is about reproductive organs and chromosomes, aka our biology—gender is created by society. Furthermore, how society constructs gender changes with time, and today’s rules for guys differ pretty significantly from what was expected in past decades and centuries. For those of us concerned about how boys as a group are doing, this reality should give us some hope. Whether in our smaller communities or on larger scales, we all can decide at any time that the ways we (i.e., society) are gender-socializing our boys is not good enough—and do something about it.

So, what are some things that have changed more recently about society’s rules for boys and men? To begin, there are far more different types of guys on the big screen, television, and social media who buck the stereotypical and extreme portrayals of masculinity found in films like Rambo, Iron Man, Friday, and Above the Rim. This includes more media representations of boys and men who identity as gay, genderqueer, and in other nontraditional ways. While still not equally represented, boys and men of color are also getting more airtime.

In spite of this change and flexing of society’s masculinity expectations (no pun intended), boys of all backgrounds continue to experience significant pressure to distance themselves from behaviors perceived as feminine and “gay.” I’ve learned about this from talking with the experts, teen boys, and from other authorities like Peggy Orenstein (author of Boys and Sex). Many boys start to encounter “Don’t be a girl” insults in kindergarten or earlier. As young as two and three, they pick up on society’s expectations for guys from overtly gendered toys, pink-versus-blue color coding, and directives like “Big boys don’t cry.” And yet, many boys do frequently cry when they are young. In fact, research has found that younger boys are more emotionally expressive than girls in expressing feelings of upset, overwhelm, and sadness—until masculine gender socialization starts to kick in.

To be clear, I’m not suggesting that all (or even most) of society’s expectations for boys are bad. For instance, masculine norms frequently include characteristics like bravery, self-reliance, leadership, and caregiving, all of which are positive for boys and people in general—when not taken to the extreme.

However, other pressures feel like more of a setup. For example, the constant messages many boys receive to “Suck it up” run counter to our human emotional needs, like being able to safely make ourselves vulnerable and express being scared, sad, or unsure. Furthermore, society places boys in an unfair bind with its overvaluing of sports and devaluing of school—a place they have to go five days a week, for most of the year, from ages five through eighteen. School gets constructed as feminine and “Not for boys,” yet we pretty much all need to do well in school for job prospects and a better life. As boys get older, many will experience substantial pressure to prove themselves heterosexually as players. This leads to the widespread objectification and sexualizing of girls and women, and harassment and abuse when taken to the extreme, as the #MeToo movement exposed.

So, my question for you is: Why are we alright with this being society’s blueprint for masculinity and what’s expected of our boys?

Well, I happen to know that lots of caregivers, parents, and other supporters of boys don’t accept the ways that “masculinity” gets presented and imposed, including the featured role of homophobic and misogynistic sentiments. So, if you’re someone who believes we can do better, here are a few ideas. With the boys in your life…

We can do more, and we can do better. Let’s start today!

Christopher S. Reigeluth, PhD, is assistant professor in the division of clinical psychology at Oregon Health & Science University, and past fellow at the Yale Child Study Center. He is a child and adolescent psychologist who is passionate about the well-being of boys and men, and greater gender awareness for all people. Chris loves the outdoors, and lives in Portland, OR, with his wife, Ashley, and their children, Finn and Fern.